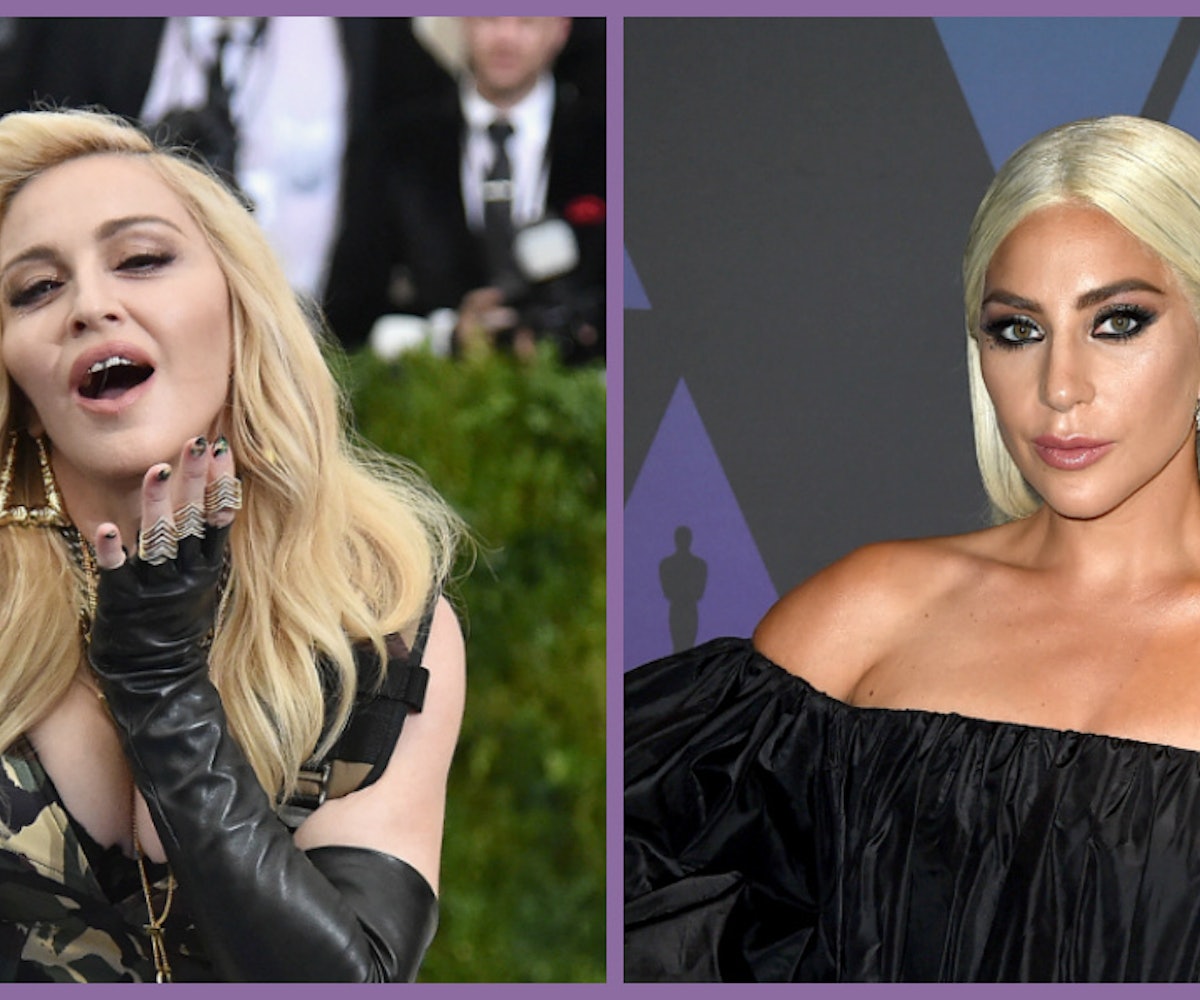 Madonna might have just taken a subtle jab at Lady Gaga.

According to USA Today, Madonna dug up an old interview she had done in which she said, "If there are 100 people in a room and 99 say they liked it, I only remember the one person who didn't" and posted it to her stories. If the line sounds familiar, it's because Gaga has repeated a variation on it quite a few times throughout the duration of her A Star Is Born press tour.

Madonna also shared some additional words (without naming who they were directed at) in two posts to her feed, saying, "Dont F*^k with me Monday," and "I heard it all before...talk is cheap. If you can't improve the silence...say nothing. #sorrynotsorry."

The pop icon previously feuded with Lady Gaga over the similarity of chord progressions between her "Express Yourself" and Gaga's "Born This Way," but, as Gaga had pointed out at the time, "It's the same [chord progression] that's been in disco music for the last 50 years. Just because I'm the first fucking artist in 25 years to think of putting it on Top 40 radio, it doesn't mean I'm a plagiarist, it means that I'm fucking smart."

But, did these posts try to reignite the beef? Even if so, as Jezebel points out, Lady Gaga has way better things going on right now and, likely, has no time to pay any mind to whatever Madonna is up to on the internet.

NEXT UP
Culture
The Madonna Biopic Is Being Scrapped
Entertainment
Harry Styles' "As It Was" Grammy Performance Featured A Silver Tinsel Onesie
Entertainment
Beyoncé Is Now The Most Awarded Artist In Grammy History
Entertainment
Taylor Swift Sparkled In Midnight Blue On The 2023 Grammys Red Carpet
Style + Culture, delivered straight to your inbox.