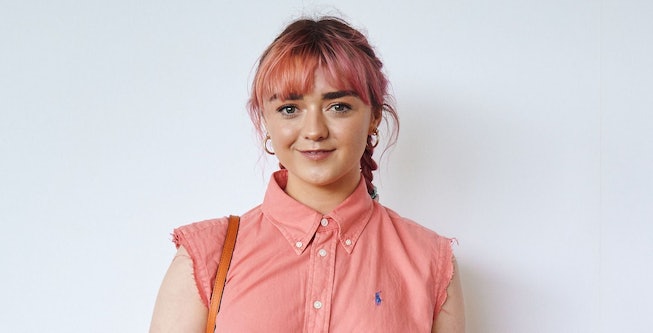 Maisie Williams took the PDA with her boyfriend, Reuben Selby, to the next level on Wednesday. The Game of Thrones actress was spotted licking him while they walked down the street. Um, okay, same.

According to Page Six, the two were spotted in London walking together and holding hands, when Williams brought Selby's hand to her face and "affectionately" licked it. Honestly, I'm torn between being disgusted and thinking it's actually really cute. I mean, licking someone's hand, especially when you're outside in public, is pretty unsanitary in my opinion, but also, it shows that you really trust the person you're doing it to and where their hands have been. There's also a level of intimacy to it; I wouldn't put my mouth near anyone's hands that I didn't really love.

I'm not saying I would do this with my own partner, but we probably do other things that people find weird.