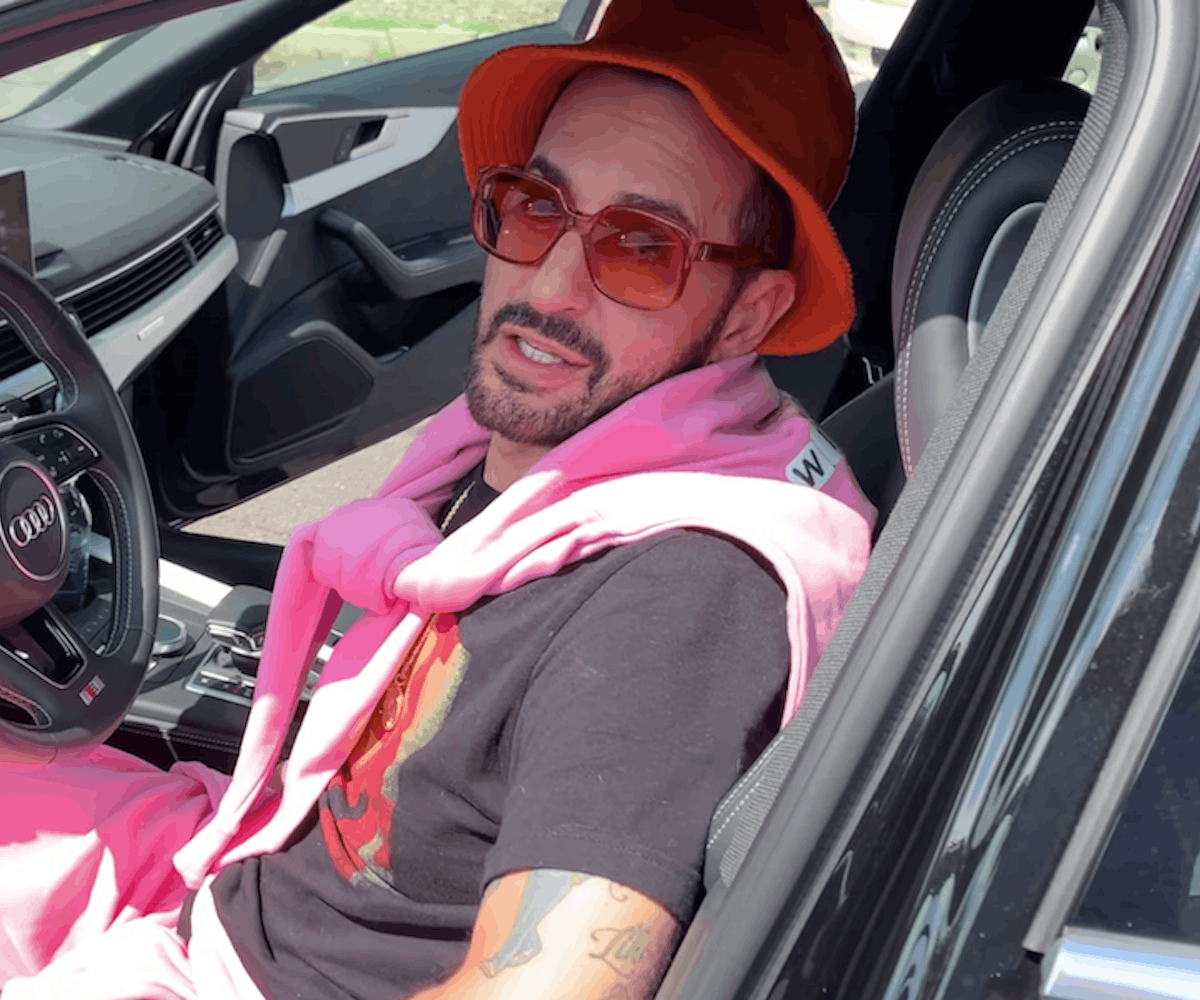 Fashion designer Marc Jacobs is learning to drive, and he's doing it in a parking lot just like the rest of us. A Home Depot parking lot, to be precise. Except, instead of learning in his parent's ages-old car, Jacobs is getting the lesson in an Audi, and decides to celebrate not hitting anything post-lesson by going shopping for a Porsche.

Watching Jacobs prep gave me flashbacks to the passive-aggressive remarks exchanged while I was learning to drive with my mom in the passenger seat. Videographer and driving teacher Nick reminds Jacobs to put his foot on the brake, and Jacobs repeats, slightly irritated, "It is on the brake, Nick." Once Jacobs finally shifts gears and starts driving, he never cracks more than two or miles per hour; he jokes, "That's okay. It's one mile faster than we were going yesterday."

My guess is that Jacobs won't be racing down the highway anytime soon, given his response when watching out for people and cars while approaching a stop sign from at least 100 feet away: "You have to move and look at the same time? That's scary." That, and he didn't even buckle up for the entire lesson. Hopefully, he'll have gotten in the habit of putting on his seatbelt once his custom Porsche arrives. Going car shopping before you've mastered the art of a left turn is bold, but I guess if you have the money, why not?

Watch the video, below, and note his incredible outfit.