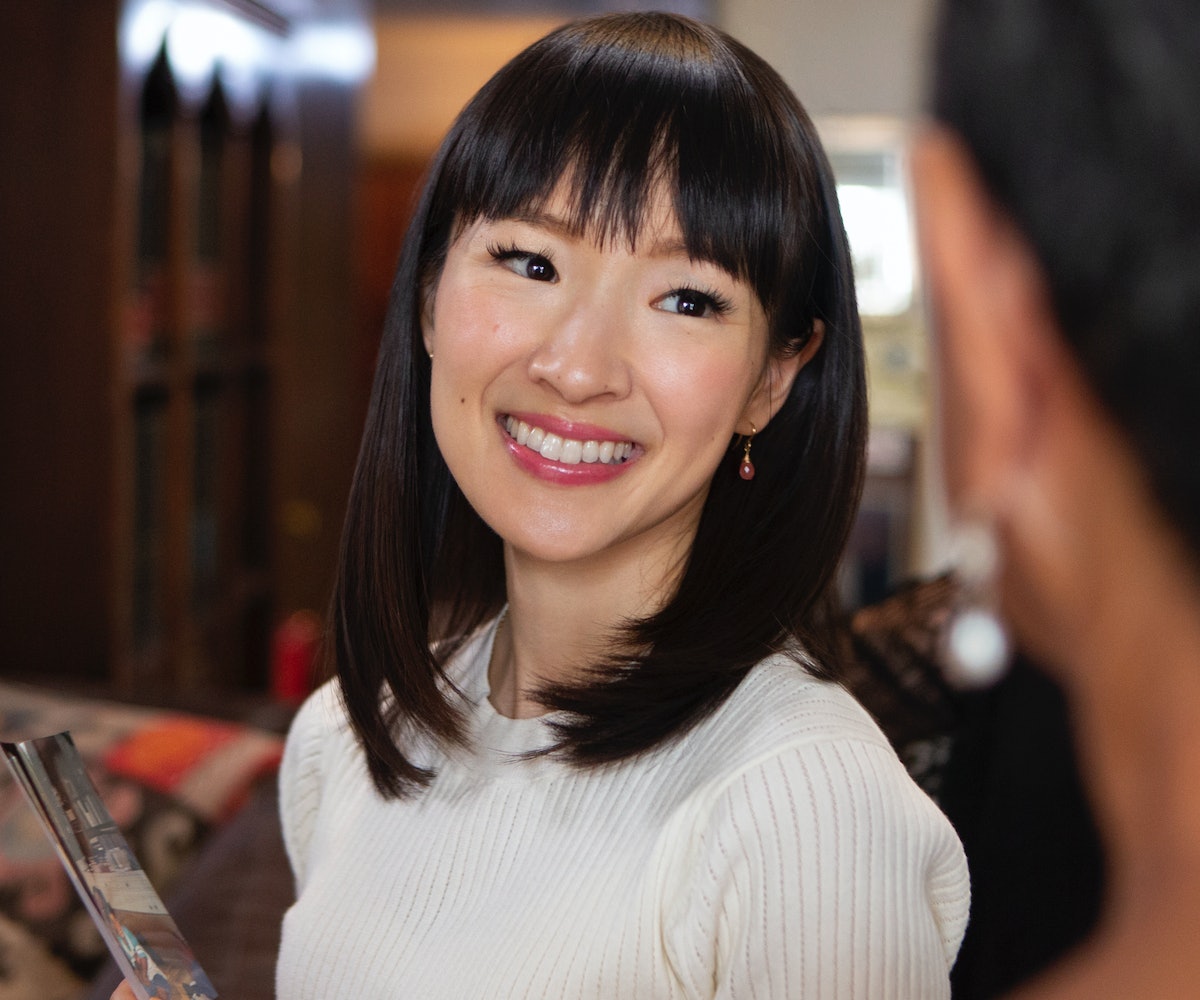 As Netflix series Tidying Up With Marie Kondo continues to inspire viewers to get rid of those things in their life that do not spark joy, some people are criticizing Kondo for reasons that have little to do with her decluttering practices and everything to do with their own racism.

Today, journalist Barbara Ehrenreich posted a quickly deleted tweet, saying, "I will be convinced that America is not in decline only when our de-cluttering guru Marie Kondo learns to speak English." She then followed it up with a new tweet saying that she "hates" Kondo "because, aesthetically speaking, I am on the side of clutter." Ehrenreich added, "As for her language: It's OK with me that she doesn't speak English to her huge American audience but it does suggest that America is in decline as a superpower."

There's a lot to unpack there, but before we even had a chance, the replies to Ehrenreich's tweet started coming in, and they were, perhaps, even worse. How bad were they? Well, journalist and critic Katha Pollitt shared an incredibly racist response, that was very thinly veiled as a compliment, saying, "I think her speaking Japanese adds to her fairy-like delicacy and charm."

Writer Rachel Syme had the right idea when reacting to these critiques, saying, "Who would have thought that Marie Kondo's greatest act of decluttering would be to help me learn who to unfollow?" Does racism spark joy? Nope.