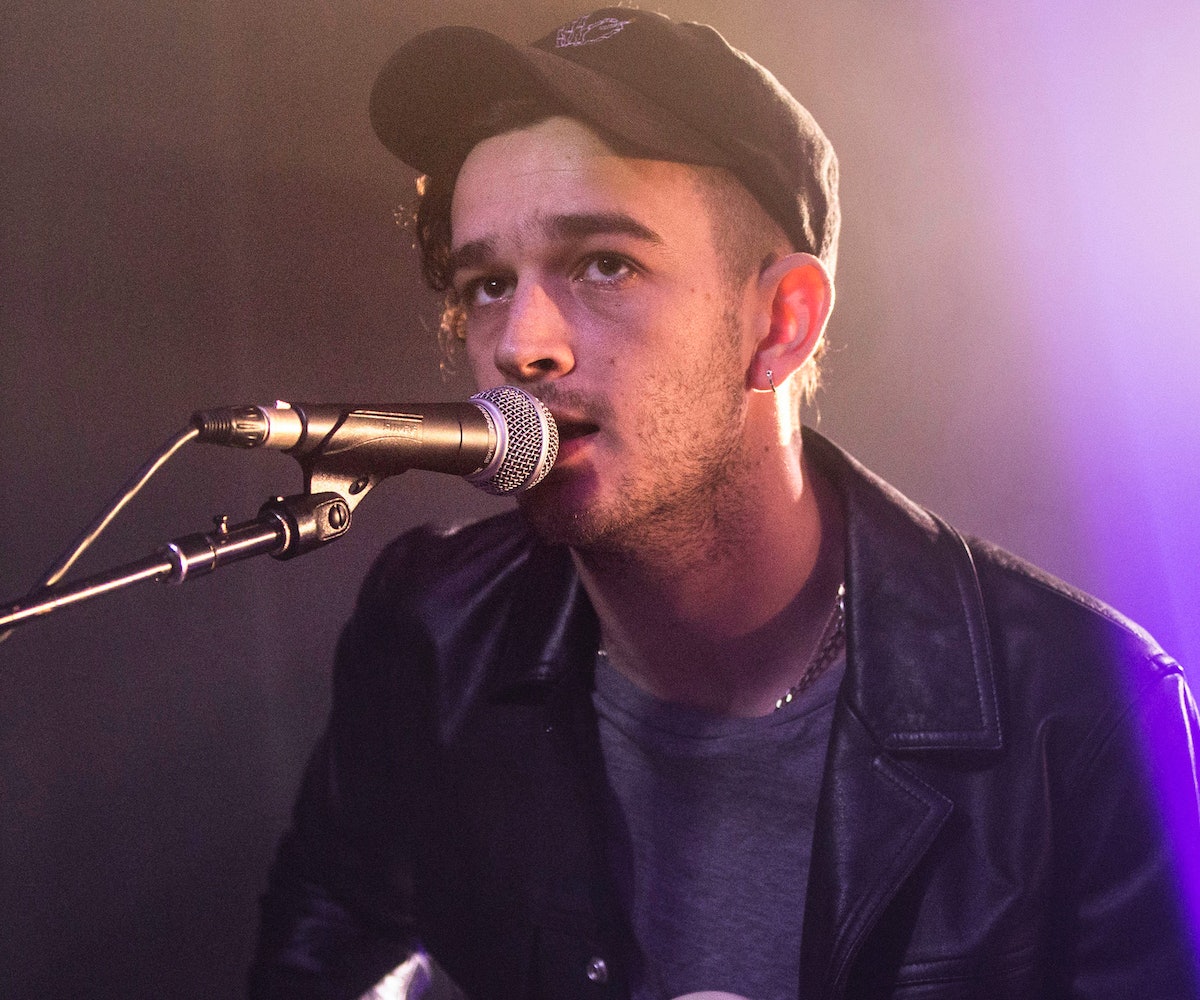 The 1975 frontman, Matty Healy, is known for speaking faster than he can think, and speaking on things he has no business speaking about. In an interview with The Fader, Healy has done it again.

When responding to a question about drugs in the music industry, Healy's answer quickly turned to a discussion about sexism in the music industry, in which he suggests it no longer exists in rock and roll. "The reason misogyny doesn't happen in rock and roll anymore is because it's a vocabulary that existed for so long is that it got weeded out," he said, before continuing on to give a condescending and racist take on how it continues to exist in hip-hop.

It still exists in hip-hop because [the genre] is so young, but it'll stop. That's why you have this moment with young black men—Kanye-aged men, as well—talking about their relationship with themselves, which is a big step forward for hip-hop. Drake, for example. But then they'll be like, "But I still got bitches." The scene's relationship with women hasn't caught up to its relationship with itself, but that's something that will happen.

Healy has since issued an apology to Twitter that addresses the weight of what he had said in an interview, referring to his own words as "patronising, uninformed and reductive." He continued on to point out that he isn't as informed on these topics as he should be before speaking on them with a tone of authority and acknowledged the irresponsibility of how he tends to "figure stuff out" in public.

In true Matty Healy fashion, he added to this apology chain later by clarifying it further, writing that part of the reason he shouldn't be talking on these topics is "this white dick I have."

While what he said is still fucked-up, regardless of an apology, Healy seems like he may have taken the criticism to heart and learned something from this situation. We'll just have to wait and see.