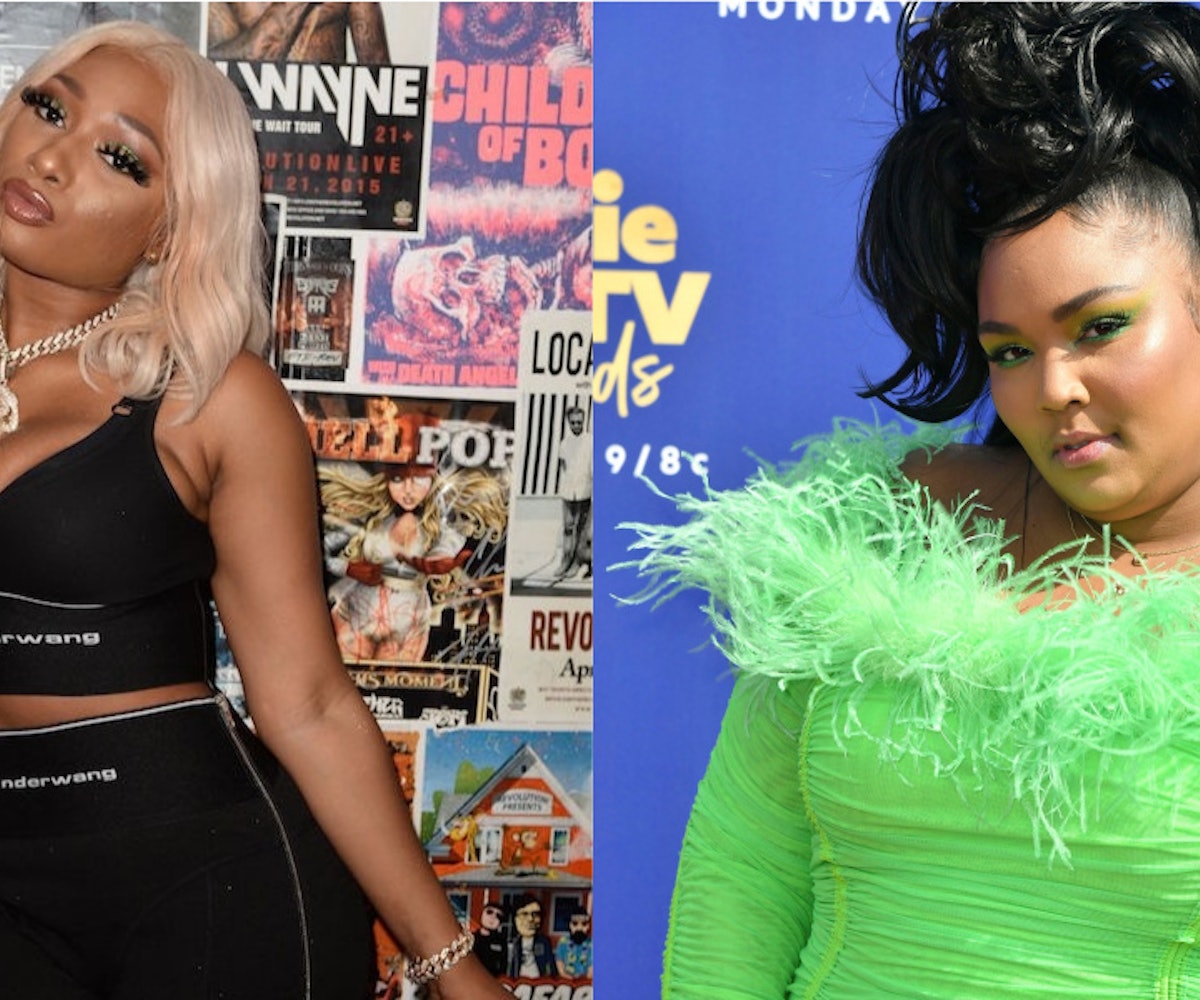 Lizzo and Megan Thee Stallion finally got together, and of course they made the perfect collab. No, Hot Girl Meg did not freestyle over Sasha's angelic accompaniment, but rather, smacked her ass along in time to make the hottest beat of the summer. Now, moving this collab from the stoop to the studio? I would like to see it.

Both artists shared the clip to their respective Instagram accounts, with Meg describing her moves as "down south little mermaid," and Lizzo captioning, "When Ariel, Ursula and Nala link up," tagging Beyoncé as the stone lion statue perched to her left. If twerking like Meg isn't exactly what Ariel does as soon as she gets legs in the upcoming film remake of The Little Mermaid, I don't want any of it. Though, Ariel might have to do a few squats before achieving the same level as Meg, given that Meg's knees could literally uphold the bedrock of society.

Jameela Jamil deemed the clip "the best video on the internet," and I would have to agree with her, as well as with Lauren Jauregui's exclamation of love for the two Texan artists.

NYLON's own Senior Entertainment Editor can be spotted in the comments section, deeming it "a beat I'm tryna get on." Lizzo ad-libbing "beeotch" each time she pauses her flute-playing to take a breath? Peak artistry.

Though Lizzo seems to be having a Hot Girl Summer 365 days of the year, Meg formally welcomed her in riding the Hot Girl boat earlier in the day, prior to their epic collab. Lizzo's pained expression after having cognac poured down into her mouth is definitely me, but, then again, so is doing literally anything for Meg.