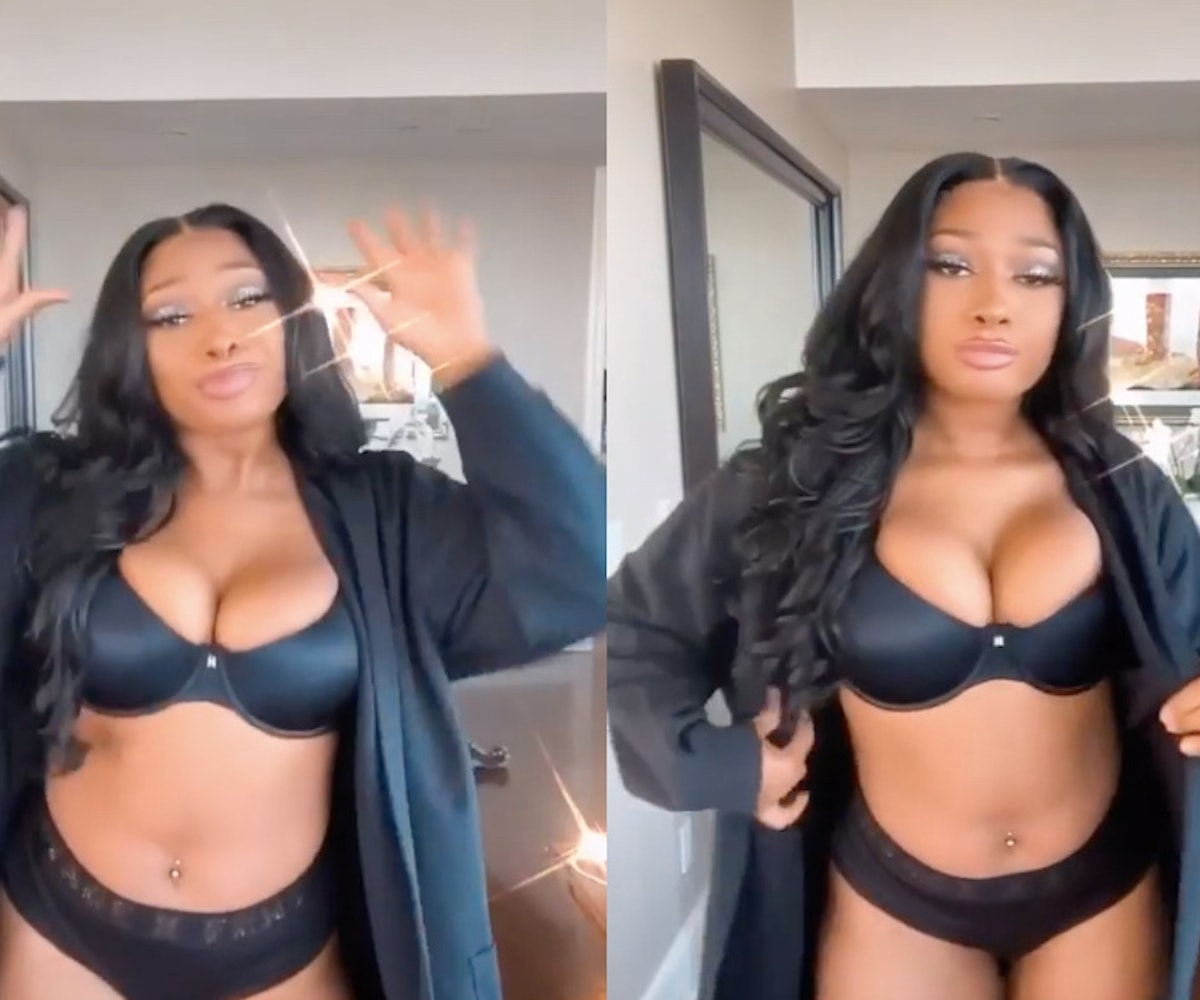 If you open up TikTok these days (or Instagram or Twitter, for that matter), you'll probably be bombarded by videos showing people of all ages partaking in the #SavageChallenge. Set to the hit single from Megan Thee Stallion's recently released Suga project, the dance is fun and relatively simple to learn, featuring a few body rolls and a very cute antler-ear hand gesture when she's "acting stupid." All in all, it was a dance destined to become a viral meme — and with Megan Thee Stallion encouraging participation by reposting many of the fan-made ones to her Instagram account, it's no surprise that people all around the world are trying to get in on the fun. Though the instantly-recognizable routine has been trending for several weeks now — an eternity in our Internet Age— it doesn't look like the hype will be dying down anytime soon. Today, Thee Stallion released an animated lyric video for the song prominently spotlighting the viral dance.

With big blue text popping out over a bright orange and yellow sun-ray background, the lyric video is simple and straightforward, focused on an animated dancing avatar designed to resemble Keara "Keke" Wilson, who created the #SavageChallenge dance last month. (Megan shouted Keke out on the Instagram post announcing the video.) During the chorus, the avatar, dressed in a gray crop top and blue biking shorts, launches into the familiar "Savage" choreography. If you haven't learned the steps yet, now is the time to acquaint yourself. Trust that it'll be everywhere this summer (if we even have a summer, that is).

Besides, you'd be in great company. While thousands of fans have expectedly rushed to attempt their own #SavageChallenges, Megan's routine is so popular (and life is so boring) that even celebrities are participating. So far, stars like Normani, Keke Palmer, Jessica Alba, Tamar Braxton, Hailey and Justin Bieber, Marsai Martin, and Real Housewives of Atlanta's Kandi Burruss have all tried to execute the fun choreo — some obviously faring much better than others. The #SavageChallenge has been inescapable for weeks, and with the release of this new lyric video, it'll surely be around for at least a little while longer.

(And stay tuned. I have a feeling "Captain Hook" will quickly be following suit.)

Check out Megan Thee Stallion's lyric video for "Savage" below.