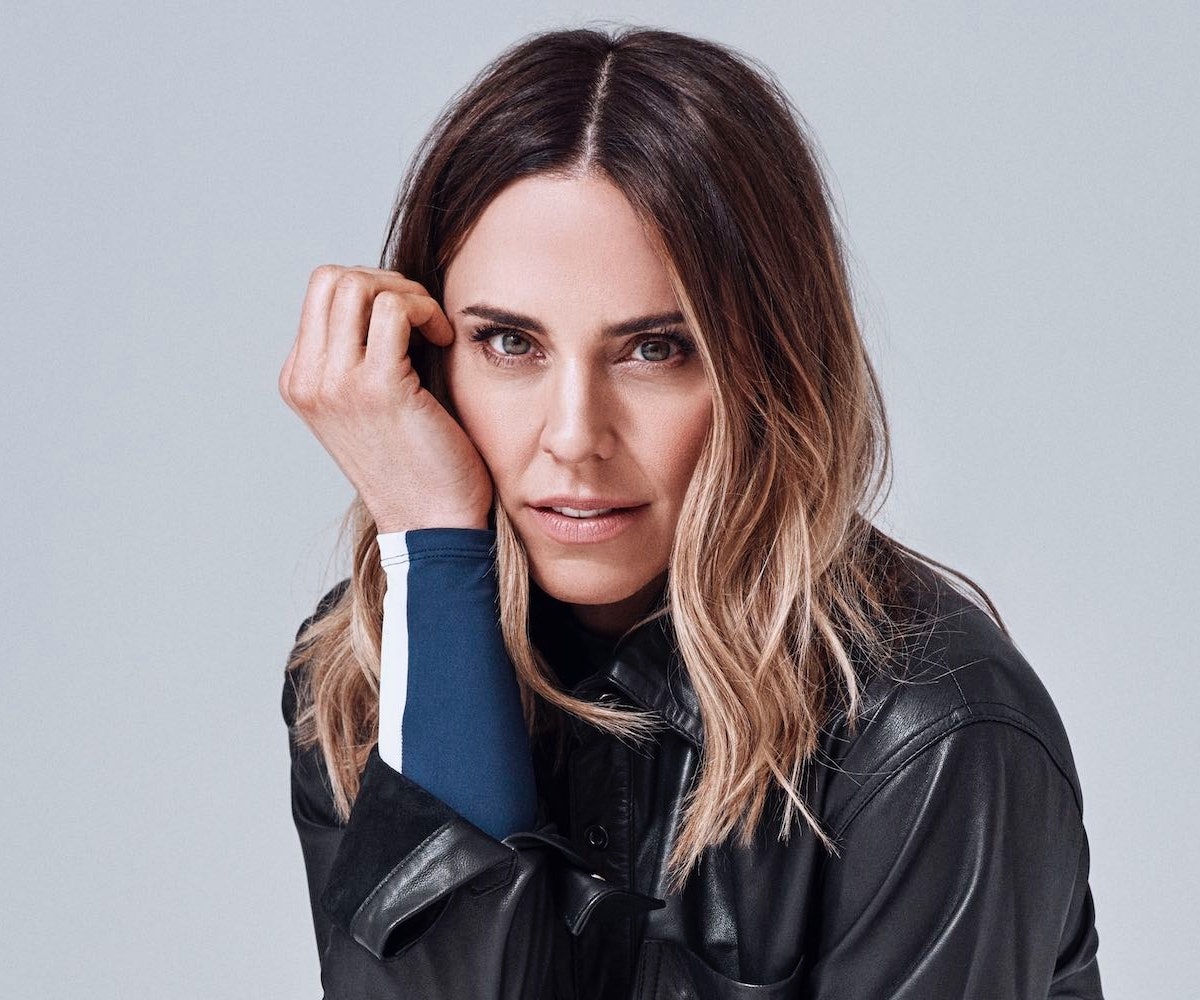 Melanie C (née Melanie Chisholm) is an icon for both her vocal chops and her killer dance moves, but we're far more used to seeing her nail choreography in a pair of trainers than in stilettos. On Wednesday, the former Spice Girls member dropped her first single in two years, trading out her usual kicks for more precipitous footwear with a new party anthem "High Heels." It features creative collective Sink the Pink, the same crew she performed with at Pride events across the world this summer. With "High Heels," Mel encapsulates the celebratory, inclusive energy of the collective as she kicks off a new era of her solo career.

Directed by Sylvie Weber, the music video for "High Heels" makes a playful environment out of a luxurious "but mundane" salon, worked by Melanie and Sink the Pink. Rather than doting over customers, the crew is far too busy "fantasizing about when we can clock off, go out, and have fun."

NYLON caught up with Mel C about the single, reuniting with the Spice Girls over the summer, and everything she has in the works for the upcoming year. Watch the video for "High Heels," below, and read the full Q&A further down.

It's been a long time in the making. I performed at Sink The Pink a couple of years ago... I was really excited to go along — I followed them on social media — but I was also a bit nervous because everybody dresses up. It's so elaborate, everybody looks incredibly fit, and that can be really intimidating. And the moment I walked in, I just couldn't have been more wrong. The environment is so inclusive. Everyone was together, making costumes, practicing their dance routines, and it was a really lovely environment to be in.

And then, moving forward in performing with the crew; it's [because of] the wonderful response that we got from the audience. It inspired me to do more work with everybody from Sink The Pink. I just thought it fitting that we had a song totally dedicated to them. [A song] that was really about the feeling and the atmosphere of going to one of their nights.

What made you choose the salon as the setting for the music video?

My aunt is a hairdresser, so, from a really young age, I used to sweep the floor, and all the ladies used to give me a little bit of pocket money, [for] helping out and getting a cup of tea and stuff. It was something that I immediately warmed to. When you go to the hairdressers and get a facial or whatever, they're kind of your therapist, aren't they? It's just an environment where people chat, they talk about their problems, and, of course, they're getting a little bit of self-love, a little bit pampered. Getting all ready and going out to hit the town. It felt like it was a perfect starting point for the video — to sort of go out and let our hair down.

Speaking of hair, you totally had the original power pony, and have continued rocking it all these years as artists like Ariana Grande have adopted the aesthetic. How do you feel about the impact the style has had?

It's funny, isn't it? Way back, all of us Spice Girls used to have our look. As we became more successful as a band, I think the ponytail got bigger, the shoes got bigger, the eyelashes got longer. I think that happens as an artist becomes more successful; you almost become a caricature of yourself. It was a really good thing for the Spice Girls, it gave us a very iconic and individual look.

And, I think the success of the tour this year is also the result of enjoying that renaissance of the '90s. It's very relevant in fashion, in music. With Sporty Spice, it's amazing. My daughter is 10 years old, and I've seen her and her buddies dress like Sporty Spice, and they don't even know. I just used to dress like the kids did where I grew up in the North of England, so it's amazing how things evolve and become fashion.

The metal bodice you wear in the video is incredible, but it doesn't seem like it'd be ideal for dancing in. How did it feel to bust a move in on set?

It's such an incredible piece; Graham Cruz designs and makes these wonderful bodices. I had a piece for the Pride tour that I did with Sink the Pink, and [Cruz] molds it to you. But also, on the day of the video shoot, he was having to kind of cut and shape it, because it's quite sharp on the edges as well. Sometimes there are certain moves you do, and it's like, Oh, yeah, can't quite do that there. But I think the effect that they give, it's definitely worth a little bit of pain.

Did heading out on the road with the Spice Girls help jump-start your energy before your summer tour and diving back into solo music?

Absolutely. I feel so lucky because my career's had so many twists and turns. I've had so many opportunities and so many experiences, and then the Spice Tour this year was a massive career highlight. All of us girls, we had such a wonderful time, and we can't believe how much love and energy you can feel in these arenas... I love to perform, and I know that I am lucky that I have the opportunity to do that. Because there are so many great artists out there, and it's a tough business to stay relevant in and to get out there and have these opportunities. I just hope that things keep coming my way.

When can we expect more music?

This will be probably the only release this year. We're looking at the new single early 2020 — gosh that sounds scary, doesn't it? It's so close. My priority right now is getting back into the studio. I have new collaborations, new songwriters, producers, new artists that I'm working with, so I'm really excited. It's shaping up really well. The sound is still quite electronic, and there will definitely be plenty of music next year.

What do you hope fans take away from this new single and the music yet to come?

I think having my time with the Spice Girls again this year, it really kind of gave me a sense of fun. That's obviously similar to working with Sink the Pink — it's really about enjoyment, about celebration, and about going out, having a great time and just wanting that feeling to continue through life. I want people to really enjoy this. It's quite a frivolous song, but moving forward... You're definitely going to see some bangers on the album, but some more thoughtful moments as well. I hope that people enjoy the music and are open to hearing what I have to offer in years to come.

Do you have any more plans to tour?

It was so lovely to be back in New York, 'cause it's been quite a while since I was there. During World Pride with Sink the Pink, [it was] lovely to re-engage with fans over there. I hope next year maybe to come over there and do some more shows and actually see those fans I've kind of neglected for such a long time. I've had so many good times in America, and my daughter's a big fan. She loves New York, she's a big fan of L.A., so we've got a bit more exploring to do Stateside. Hopefully next year, we'll open that up to her.