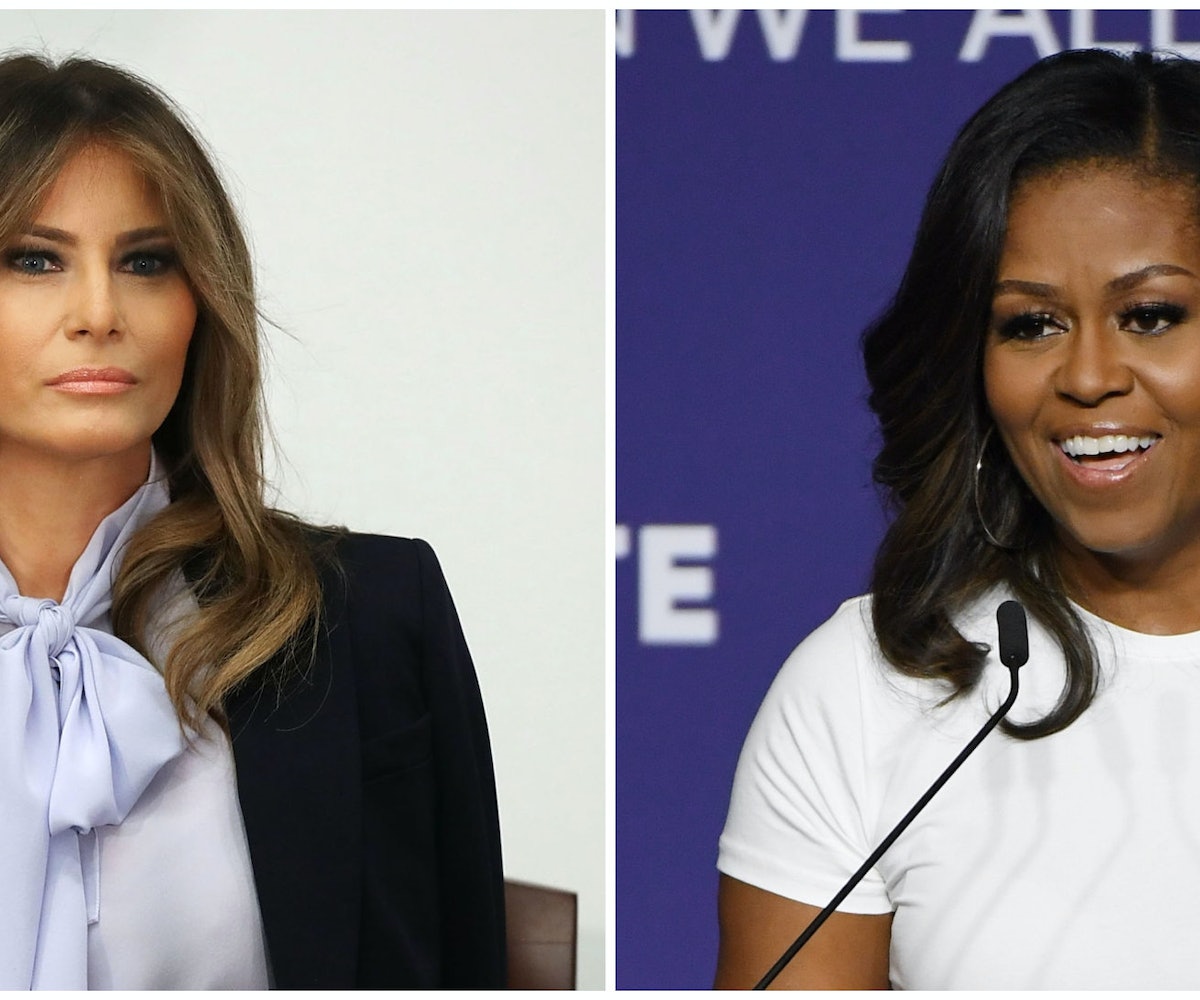 Melania Trump doesn't think that she or her team need any help from the former first lady Michelle Obama. In an interview with ABC's Robin Roberts to promote her new book, Becoming, Obama revealed that she offered to give Trump advice should she ever need any guidance, but has not been taken up on that offer.

In a clip, Roberts pointed out that the former First Lady Laura Bush had reached out to Obama once she took on the title, and told her that she's "just a phone call away" if she needed help navigating her new role. She notes that in the book, Obama "wrote about how [she] extended that same courtesy to Melania Trump." She then asked, "Has she reached out to you and asked for any help?" Obama replied, "No, she hasn't."

Maybe, had Trump asked for advice from her predecessor, she wouldn't have landed in hot water for her multiple idioticfashionchoices, which she is still (rightfully) being called out on. She may have also requested some speech writing advice for her team, instead of plagiarizing Obama's speeches. Obama may also have helped give Trump's anti-bullying campaign a name that actually made sense, or offered an outsider's perspective on starting an anti-bullying campaign when her husband is the biggest bully of them all.

Trump is standing by her decision not to ask for help from a qualified confidant, however. Her director of communications, Stephanie Grisham, said in a comment to CNN that "Mrs. Trump is a strong and independent woman who has been navigating her role as First Lady in her own way. When she needs advice on any issue, she seeks it from her professional team within the White House."