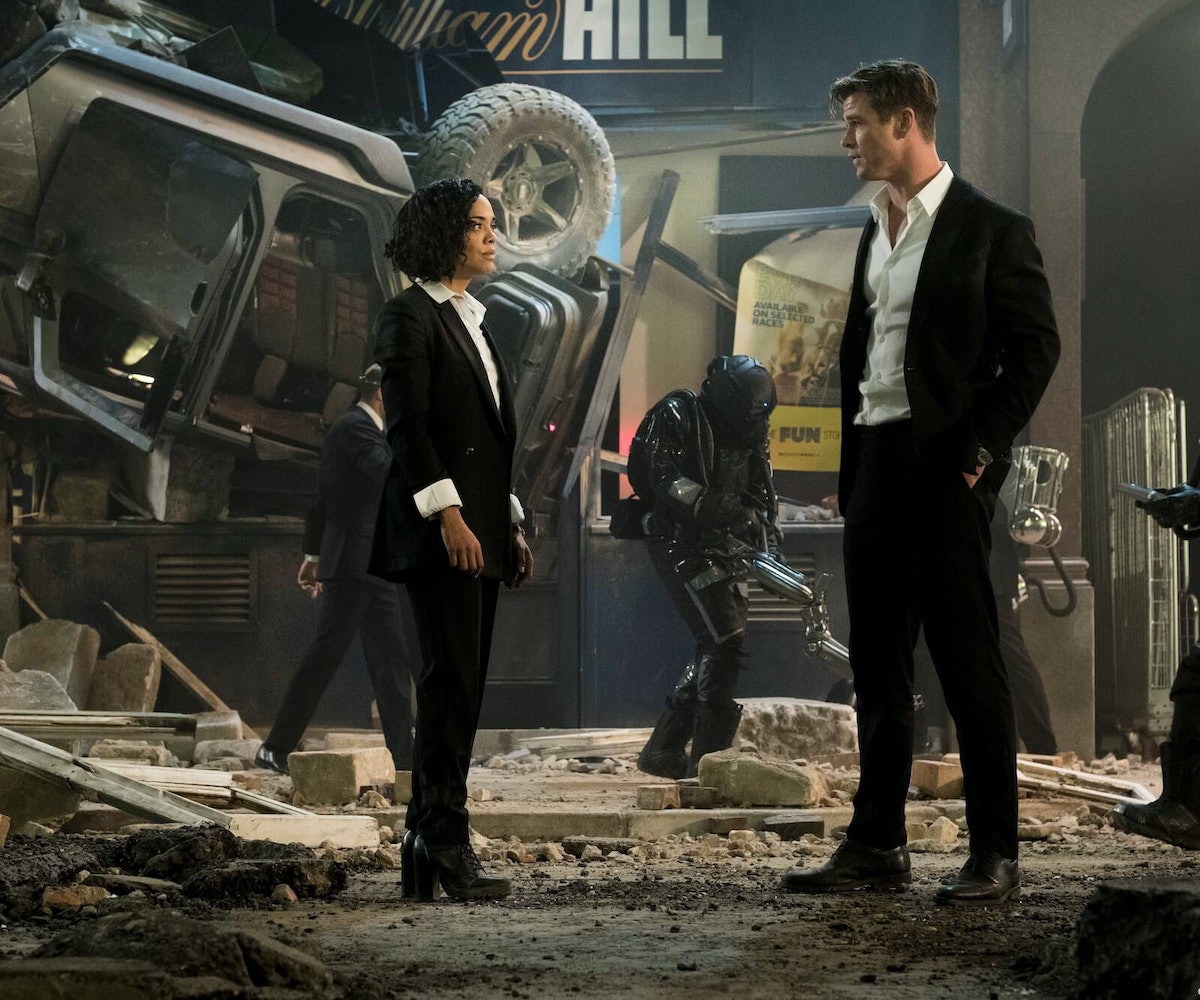 I am not at all ashamed to admit that I only watched Men In Black: International to see Tessa Thompson blow stuff up in a suit. I haven't seen a single Men In Black film since I was in elementary school and could care less about aliens. Queer Black women mastering androgynous style, though? Count me in. And, I was not disappointed, as the film shows Thompson traveling the world in her fitted getup, and, refreshingly, refuses to shove a heterosexual story line into the narrative.

The fourth installment of the Men In Black franchise offers Thompson as Molly, a STEM genius whose childhood interaction with an extraterrestrial sends her on a lifelong quest to find and join the Men In Black. She pulls it off after years of living in relative isolation (and hacking NASA, as one does), and is minted Agent M after she infiltrates the MIB New York headquarters.

This new gig puts Molly in the company of plenty of attractive people, and when golden boy Agent H (Chris Hemsworth) first saunters, I braced myself for that cliché build-up of heterosexual desire. You know exactly what I mean: girl meets boy; decides he's pompous, and that she doesn't like him; boy tells her some secret or saves her life; and then, boom, girl and boy kiss. Thankfully, that moment never comes. With Agents M and H, the closest we get is a moment where she buttons up his shirt, while Hemsworth's bare chest glares at her—but nothing comes of it.

This is gratifying. It's so rare in a movie like this for there to be zero cheesy kiss scenes, nothing in the way of lustful glances, and no declarations of love. It's almost as if the makers of Men in Black: International believe that a woman can go to work and do her job without falling for the first dude with nice eyes.

Would I have loved to see that flirty exchange between Agent M and her boss Agent O (Emma Thompson) go a little further? Yes. After all, there was quite a bit of sexual tension between them when Agent M complimented Agent O on her customary black suit. But also, seeing Molly pursue a lifelong dream as a single person is just fine. Too many films get distracted by latching onto love stories that no one asked for in the first place. These pairings are hardly ever progressive. And, even though the Men In Black: International story could have used some support, I'm so grateful that at least the writers didn't fall for that old trap.

Men In Black: International comes out in theaters today.