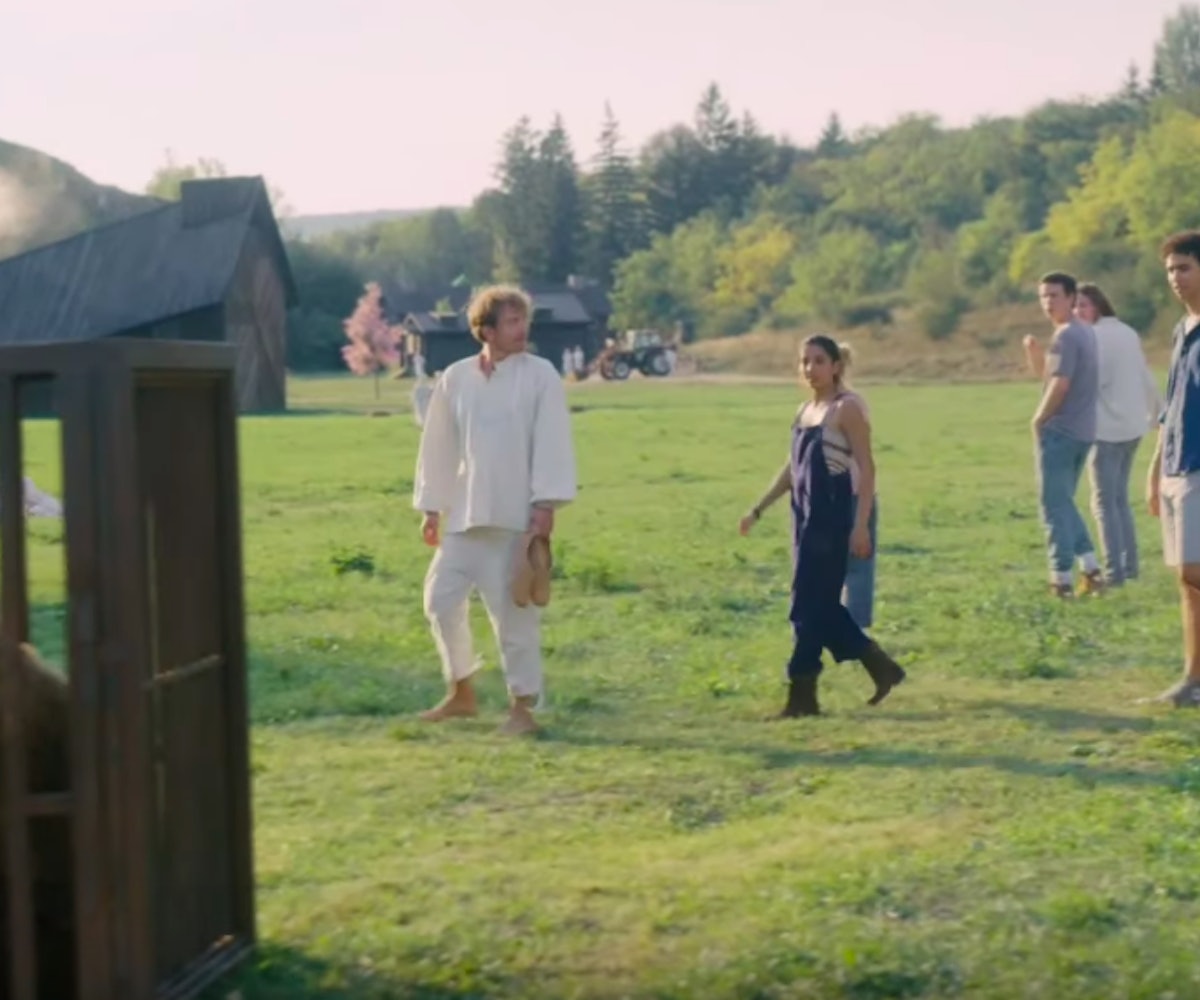 In case you haven't heard, Ari Aster's Midsommar has just as many funny moments as deeply unsettling ones. One of those latter moments comes when two newcomers to the Hårga—the Swedish commune where most of the film is set—walk past a big ol' bear in a cage.

He's just sitting there in the middle of the field, in a cage. One of the newcomers asks what any sane person would as they walk past it: "So we're just going to ignore the bear there?" His Swedish tour guide offers this in response: "It's a bear." Now, that's the name of the medley being used to promote A24's latest piece of merch, a caged bear figurine.

The commercial plays the song, as two children play and stare at the toy in amazement and clips from the film flash intermittently. Spoiler alert: The film culminates with the bear being killed and all of its insides removed so that it's essentially a bear suit. Someone wears said suit as he's burned alive. So, yes, to see the figurine of the bear with a flower collar is unsettling.

If it's open to other merch ideas, I'd like to suggest A24 make a doll version of the May Queen, complete with a flower gown and carriage, to bless the new crops. Now that Oakland and Denver have both legalized the recreational use of magic mushrooms, which they're keen on in Midsommar, it might also want to consider some *ahem* strategic pop-up shops.

You can check out the video, below.