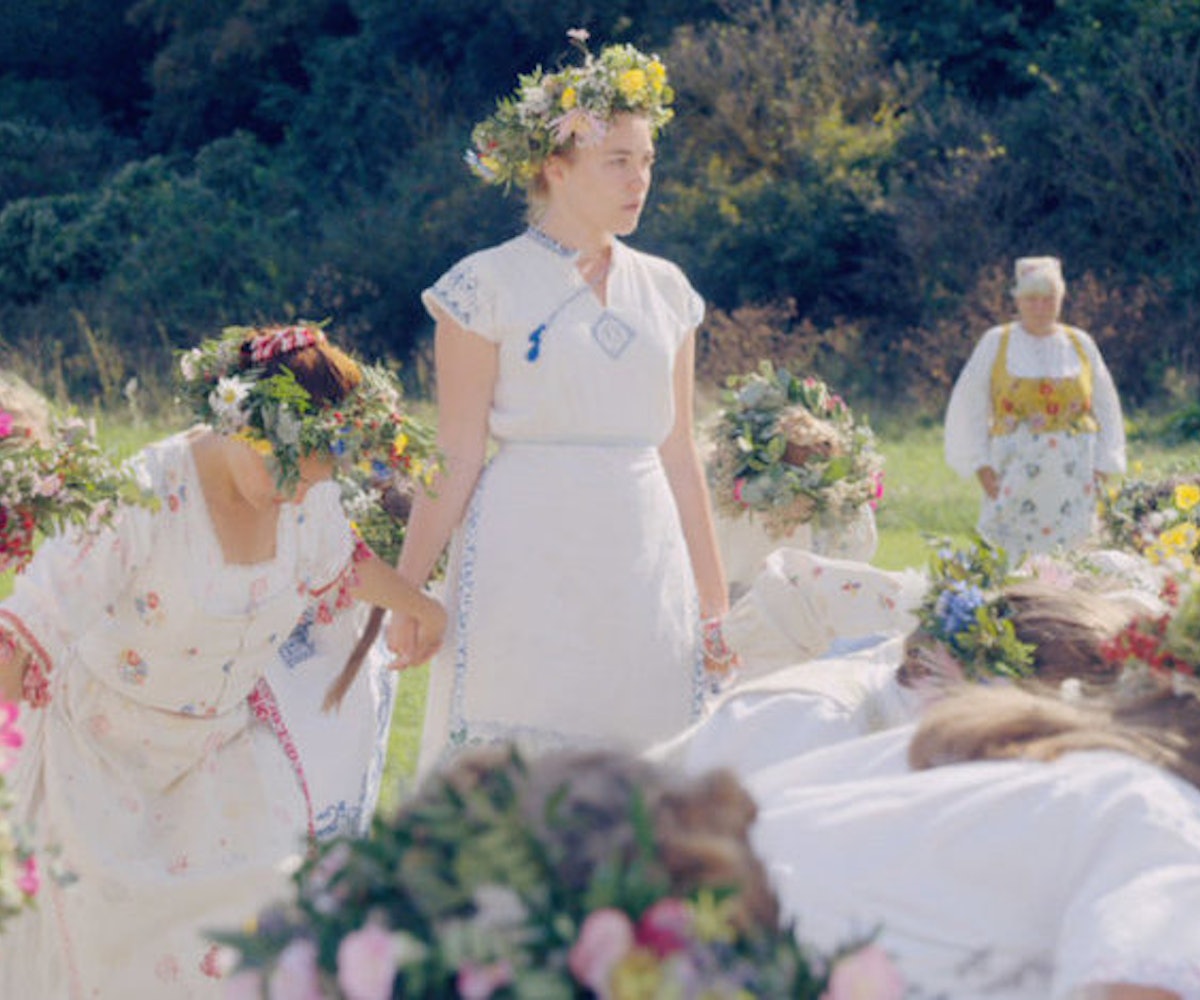 A video of a child running out of a movie theater during a screening of Midsommar has gone viral. I can't say that I am surprised that he bolted out of there. I, an adult, am too scared to see the film and have been mildly traumatized by the trailers and graphic retellings from my friends.

Now, I'm not a parent—and, if I was one, I'd like to think I would be pretty liberal about what my kids were allowed to watch—but maybe bringing a kid to an Ari Aster movie, one that was rated R for "disturbing ritualistic violence, grisly images, strong sexual content, graphic nudity, drug use and language," was bound to produce this result. In the video, captured by Twitter user @dionyzxz, the child can be see running out, clutching the hand of the person who presumably got them into the theatre in the first place. According to another tweet, it was "right after the big sex scene," and commenterscan't believe the kid made it that long into the movie. From everything that I heard that happens before this scene, I can't either.

"He will remember those 125 minutes for the rest of his life," A24, the distribution company behind the film, captioned the video, and they're not wrong. Solidarity with the kid who will experience nightmares into adulthood about the things he saw go down.