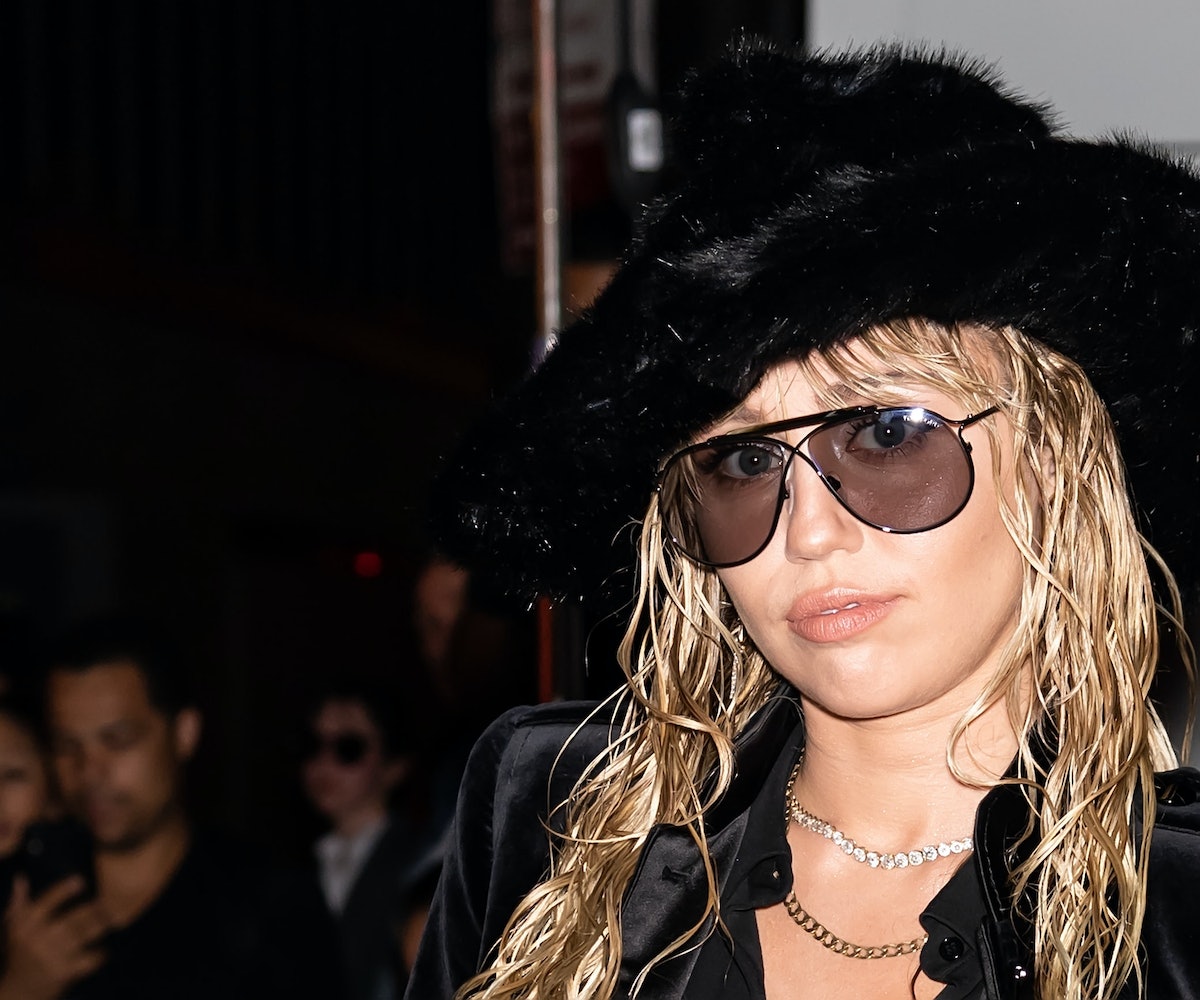 The beginning of April started off with a surprise for Black Mirror fans. During an April Fool's Day episode of her Instagram Live talk show, Miley Cyrus took on the role of Ashley O, her former pop star persona from the Netflix series. For the entirety of a Bright Minded: Live with Miley episode, Cyrus pretended to be the dystopian pop star, even going so far as to use a nearby hairbrush as her microphone.

Throughout the last few weeks of social distancing, Cyrus has been hosting a delightful talk show from her home. After previous episodes that included a reunion with Demi Lovato and touching on a possible hairstyle resemblance to Tiger King star Joe Exotic star Joe Exotic, Cyrus handed the hosting reigns to Ashley O. Announcing the special takeover on Instagram, Cyrus let her purple-haired persona spend the show chatting with stars including Diplo and Zöe Kravitz.

Although this Ashley O appearance was a lot less terrifying than a typical Black Mirror episode, the pop star made sure to pay homage to the futuristic singer. Fans captured as she opened the show with a performance of Ashley O's hit single, "On a Roll," a twisted pop version of the Nine Inch Nails single "Head Like a Hole."

There's no word on whether Cyrus might continue donning her purple wig IRL, but fans were definitely in support of Ashley's special appearance. In addition to calling the episode "iconic," one fan noted that she truly "served" with the look. And with social distancing expected to continue throughout the month, one person has called on Cyrus to bring back another character for Bright Minded, tweeting, "Miley brought her alter ego Ashley O, can't wait 4 her 2 bring Hannah."

Admire the grand and glitter-filled return of Ashley O, below.