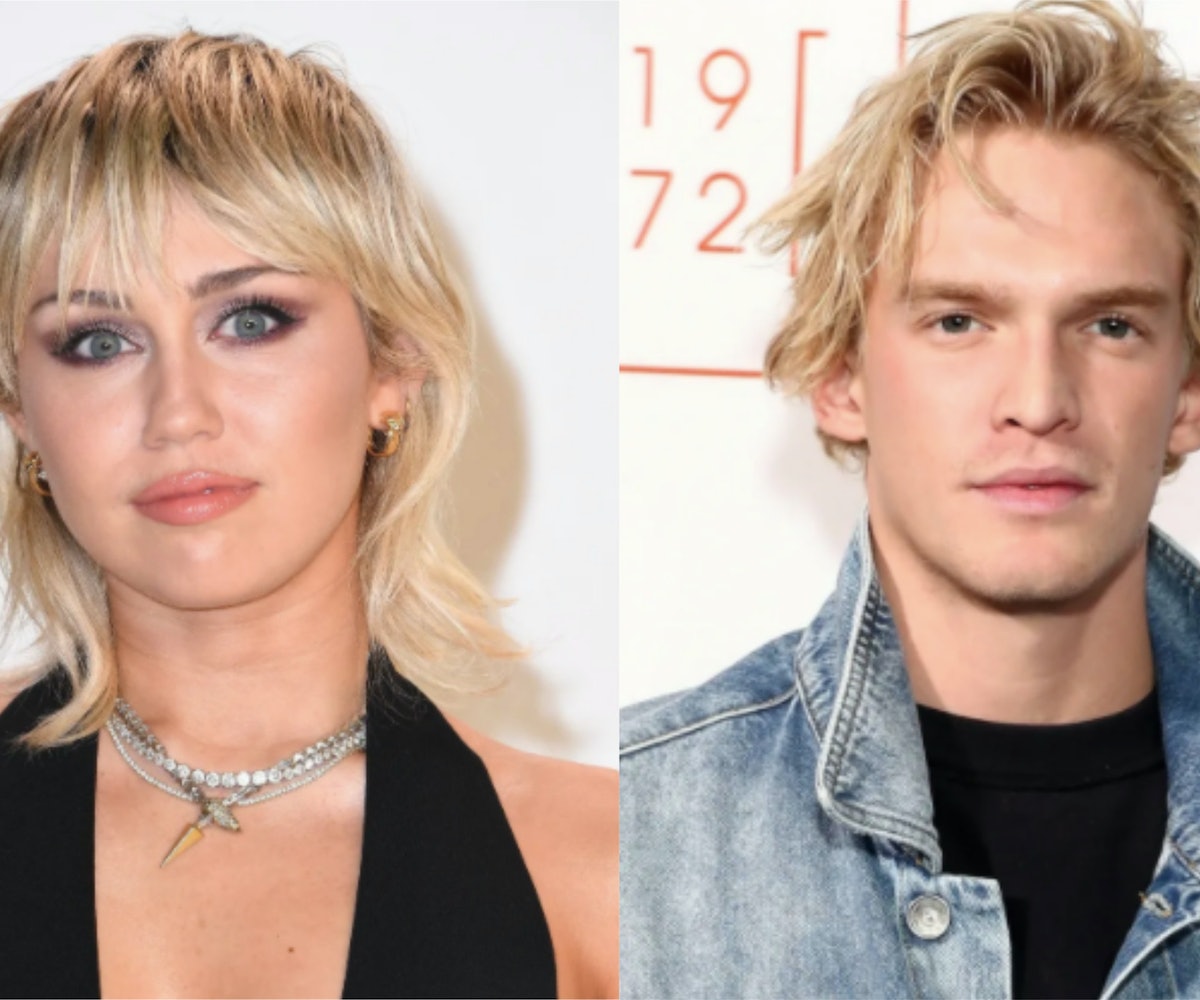 After serving as a temporary talk show host, Miley Cyrus has decided to pursue haircutting, and helped Cody Simpson shave his head. On Thursday, April 2, Simpson shared a video of his freshly buzzed head, and as he explained, chopping off his once long locks was intended to help raise awareness for a good cause.

Before Simpson made the drastic hair transformation, he shared a photo of his current hair state, asking Instagram followers, "Should I buzz it?" One day later and Simpson decided to take the plunge, explaining that he was supporting "Clean cuts for clean oceans."

Like much of the world, Simpson is currently practicing social distancing, which makes getting to the hairdresser kind of difficult. Luckily, he had Cyrus on hand, and as the video posted to his Instagram showed, the star was more than happy to help him make the cut. In the accompanying video, Cyrus is captured sectioning off his once long hair and then buzzing it off. Although Cyrus appears to act as the main stylist, she's later joined by a friend.

Later, Simpson shared a selfie of the completed shave on his Instagram Story. He tagged some of the causes he was raising awareness of including 4Ocean and Global Green.

Cyrus has essentially become the queen of everything during this global pandemic, going from the host of her own daily talk show host to personal stylist, and fans have taken note. "I can't believe Miley has become a TV host and a hairdresser during the quarantine. We stan a talented queen," one fan commented. One follower even commended Cyrus's cutting ability, writing, "Great style and great stylist."

Friday mark's the finale episode of Cyrus's Instagram Live talk show, and while there's no word on what she might do next, here's hoping that more Instagram styling moments will be in her future.

Watch stylist Cyrus in action, below.