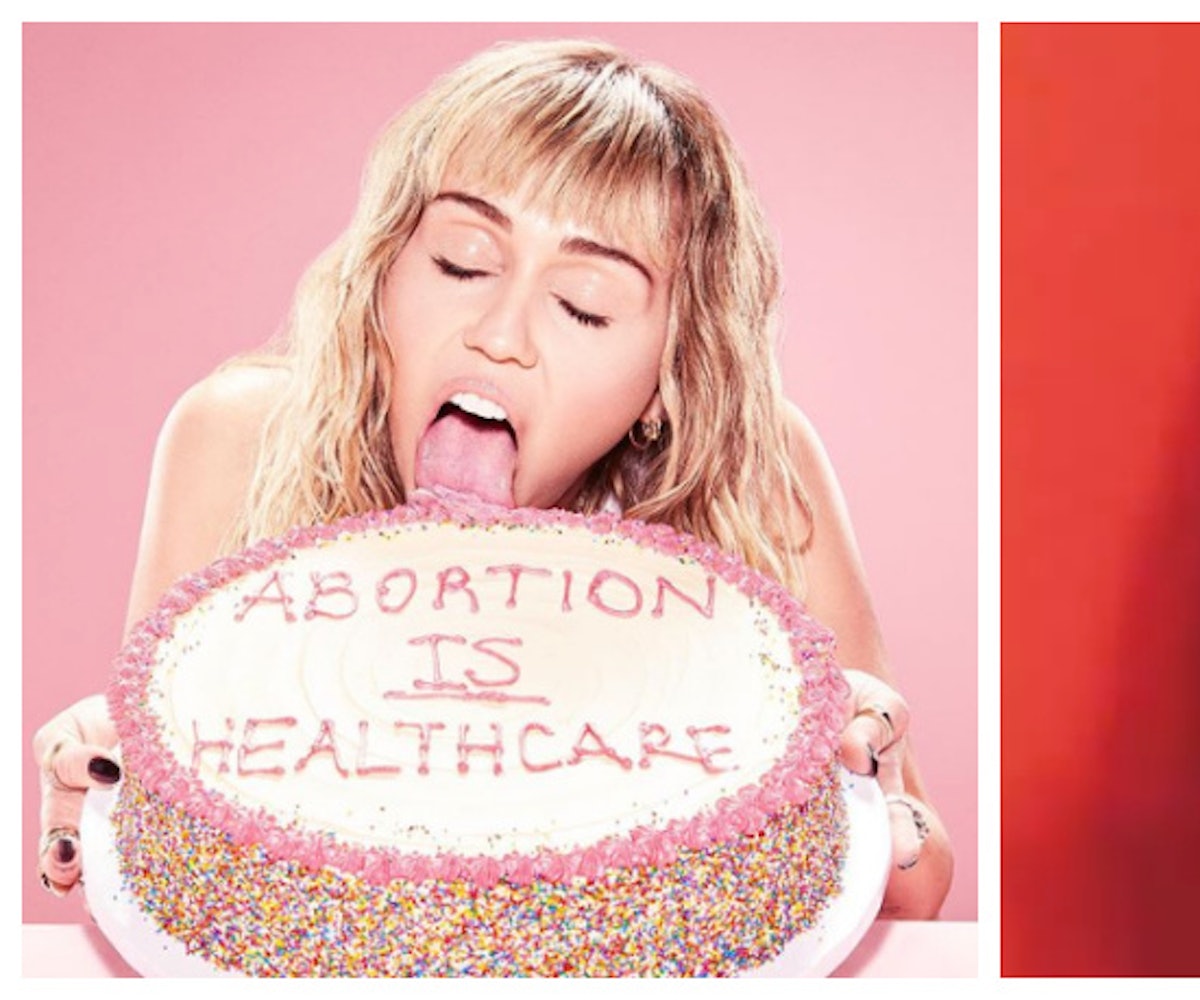 In the past week, Miley Cyrus has been accused of ripping off the artwork of two indie creators, both of whom claim that Cyrus' representatives did not reach out to them to discuss a potential collaboration or compensation.

First, Becca Rea-Holloway (@thesweetfeminist on Instagram), who creates cakes with sarcastic and activist phrases scrawled on them, called Cyrus out for allegedly copying one of her cakes that reads "abortion is healthcare" and using it to promote her collaboration with Planned Parenthood and Marc Jacobs. She posted a side-by-side comparison of her work and the promotional image, writing that Cyrus' cake is "literally my exact handwriting, message, and concept."

In a statement to Jezebel, Sarley said, "It's a blatant rip of my work. This is very deliberate, she and her team are also deleting comments [on social media] that mention my name especially the ones that gain traction as a top comment." Many comments on Cyrus's post referenced Sarley and her work.

Cyrus has responded to Rea-Halloway, letting her know that she has now been credited in the promotional image with a tag on the post, and saying that the image will not appear on the Marc Jacobs and Planned Parenthood collaboration.

In response, Rea-Holloway noted that a simple tag "doesn't change the fact that my work was used without compensation and without my consent and is not sufficient." She continued, "This was not an oversight, it was blatantly and willfully neglectful and deceitful." She noted that her work has been "shared widely" and that it would have been easy for her team to trace the image back to her. In another caption, she wrote that it was "not 'inspiration,' it's theft."

Cyrus has not yet publicly responded to Sarley.