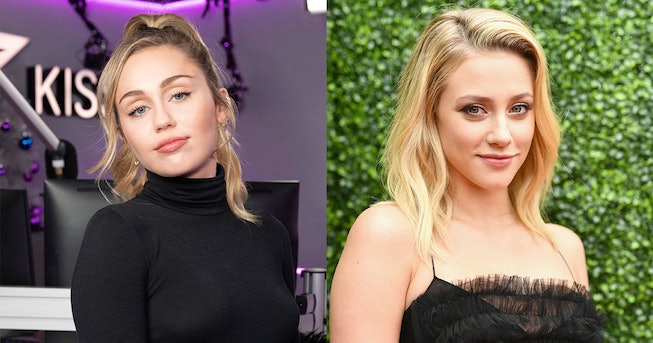 Miley Cyrus and Lili Reinhart would like you to know that their boyfriends (Liam Hemsworth and Cole Spouse respectively) are good in bed. You know, in case you were wondering!

Both ladies commented on a meme Instagram post that outlined no man has five of the following traits: Good dick game, empathy, height above 5'9, no hoes, and common sense. Reinhart and Cyrus, though, apparently have the unicorns of the lot, claiming that their men do, in fact, have all five.

"Mine does!" Cyrus commented, followed up by an encouraging: "Don't give up!" While Reinhart also declared: "I found one!" Welp, there you have it, folks. Both Gale and Jughead have skills in the bedroom. We're happy for the sexually satisfied couples!

God bless those with both.