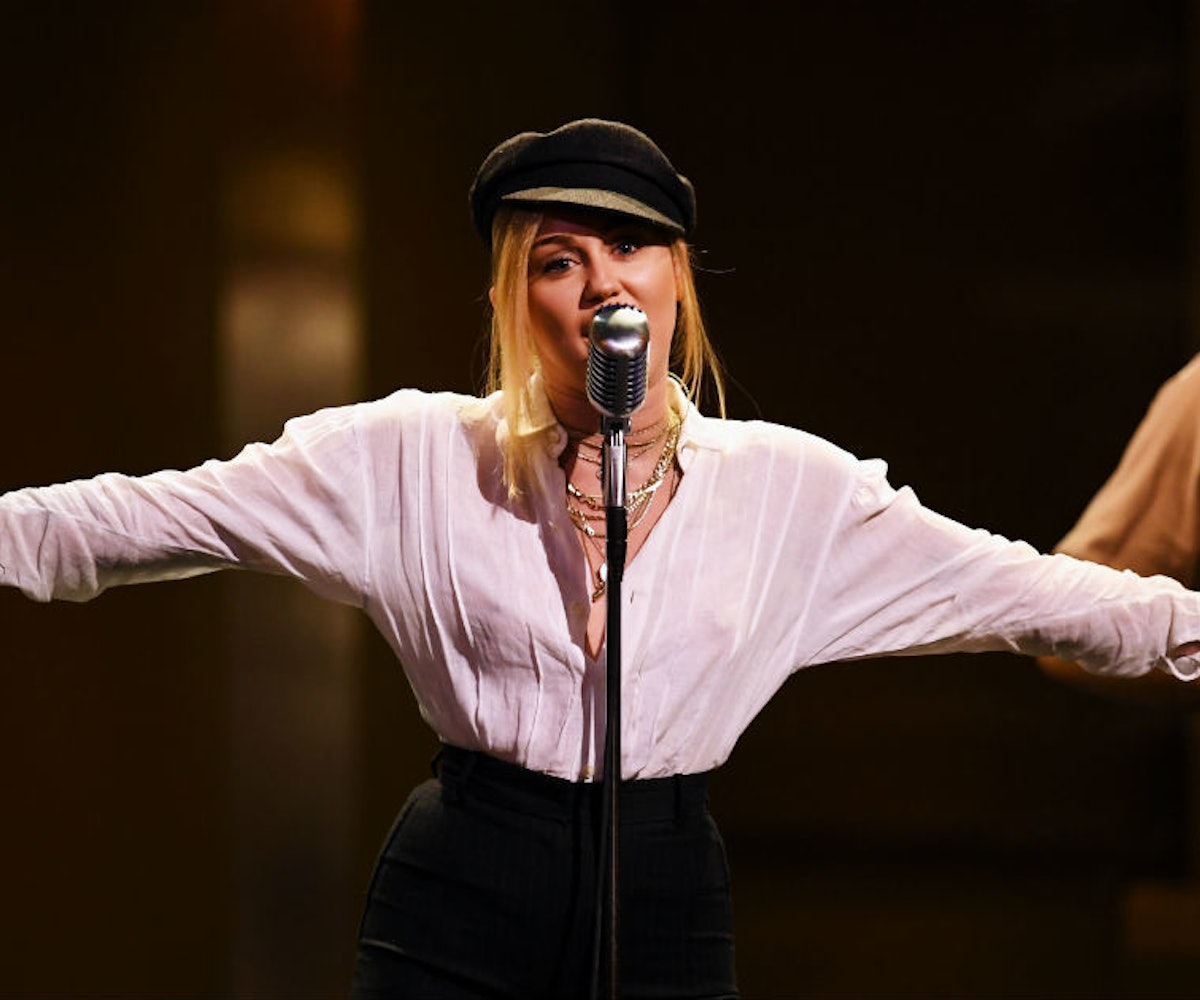 Miley Cyrus has revealed details about her forthcoming album, and the news is making us a little anxious. In a recent interview with New York radio station 95.5 PLJ, Cyrus said that she'll be working with hip-hop producer Mike WiLL Made-It, who helped the singer with her questionable 2013 album Bangerz.

It's an interesting move by the artist, considering she distanced herself from the genre last year when she stated this in a Billboard interview:

I also love that new Kendrick [Lamar] song ['Humble']: "Show me something" natural like ass with some stretch marks. I love that because it's not "Come sit on my dick, suck on my cock." I can't listen to that anymore. That's what pushed me out of the hip-hop scene a little. It was too much "Lamborghini, got my Rolex, got a girl on my cock"—I am so not that.

These comments (that she later sort of apologized for) came after she appropriated the same "hip-hop scene" years prior.

Thankfully, it looks like Cyrus is also working with other producers, like Mark Ronson and Andrew Wyatt of Miike Snow. Ronson is featured on Cyrus' most recent single "Nothing Breaks Like A Heart," which is part disco part country. "I think this ["Nothing Breaks Like A Heart"] is a nice introduction to the sound that we've got going on with the next record," Cyrus told 95.5 PLJ, before adding:

Me and Mark have kind of said I think "Mine" is a little heavier than ["Nothing Breaks Like A Heart"]. A song that him and I have done together is more rock driven, modern Debbie Harry kind of Joan Jett. Then, we've got songs with Mike Will that lean more hip-hop and songs with Andrew Wyatt who's from Miike Snow so it leans a little bit more pop/alternative. I just have kind of everything.

We're still skeptical, but, as long as we're not getting a Bangerz repeat or more controversial comments, we'll be okay.