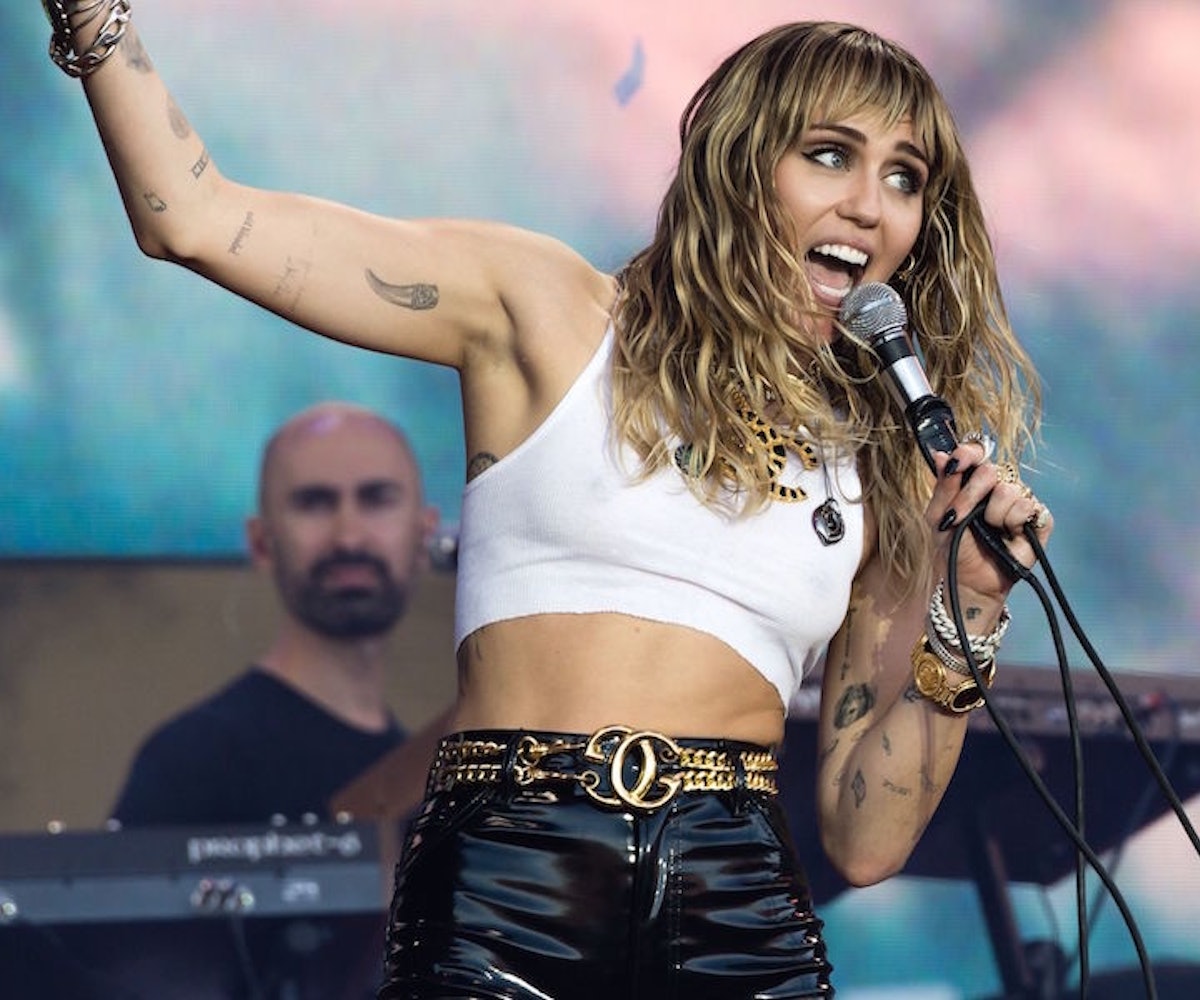 Miley Cyrus has continued sharing bold feminist statements in the style of her recent "Mother's Daughter" video, and one in particular has garnered a bit of controversy. While previous text like "tough titties" and "not an object" didn't divide fans, referring to virginity as a "social construct" has made the comment section go crazy.

It started after Cyrus posted the phrase "virginity is a social construct" twice in the same day, first with a still from her video and second with an image of her latex-covered hands grabbing at a studded vagina dentata. Though the sentiment is pretty straight-forward—and shouldn't be at all shocking coming from Cyrus, given the video and her entire history as a performer—plenty of people found it offensive, even if it's not clear that they understood what they were even upset over, and somehow twisting it into an opportunity to slut-shame Cyrus.

One user—who doesn't seem to understand how damaging it is to associate the concept of virginity with that of purity—gained plenty of likes with the claim "all the skanks are loving Miley's words of 'wisdom.'" Please never date, thanks!

Others brought up Cyrus' "young audience" in the conversation, suggesting that she was disrespecting personal choice and also shaming individuals who abstain for longer than others. But, that's the exact opposite of what Cyrus is doing here. Virginity is not based in science or anything tangible, it's an idea premised in the notion that women must be chaste and untouched to be worth anything, and it has been used to levy shame against women for centuries. By calling out virginity for being the social construct that it undeniably is, Cyrus is merely pointing out that alternately valuing or demeaning a woman for her sexual history is gross. It's a rational stance, so, naturally, Instagram commenters were not having it.

Plenty more individuals brought up "basic biology," as if virginity involved "physical changes." But that's truly not the case. While plenty believe that whether or not a vagina-haver is a virgin depends upon the hymen being opened, or broken, Planned Parenthood points out that changes happen to the hymen for a multitude of reasons (some people are born with them already opened!), and that "you can't tell if someone has had sex by the way their hymen looks or feels." So, bring on the biology books, boys. I'm ready.