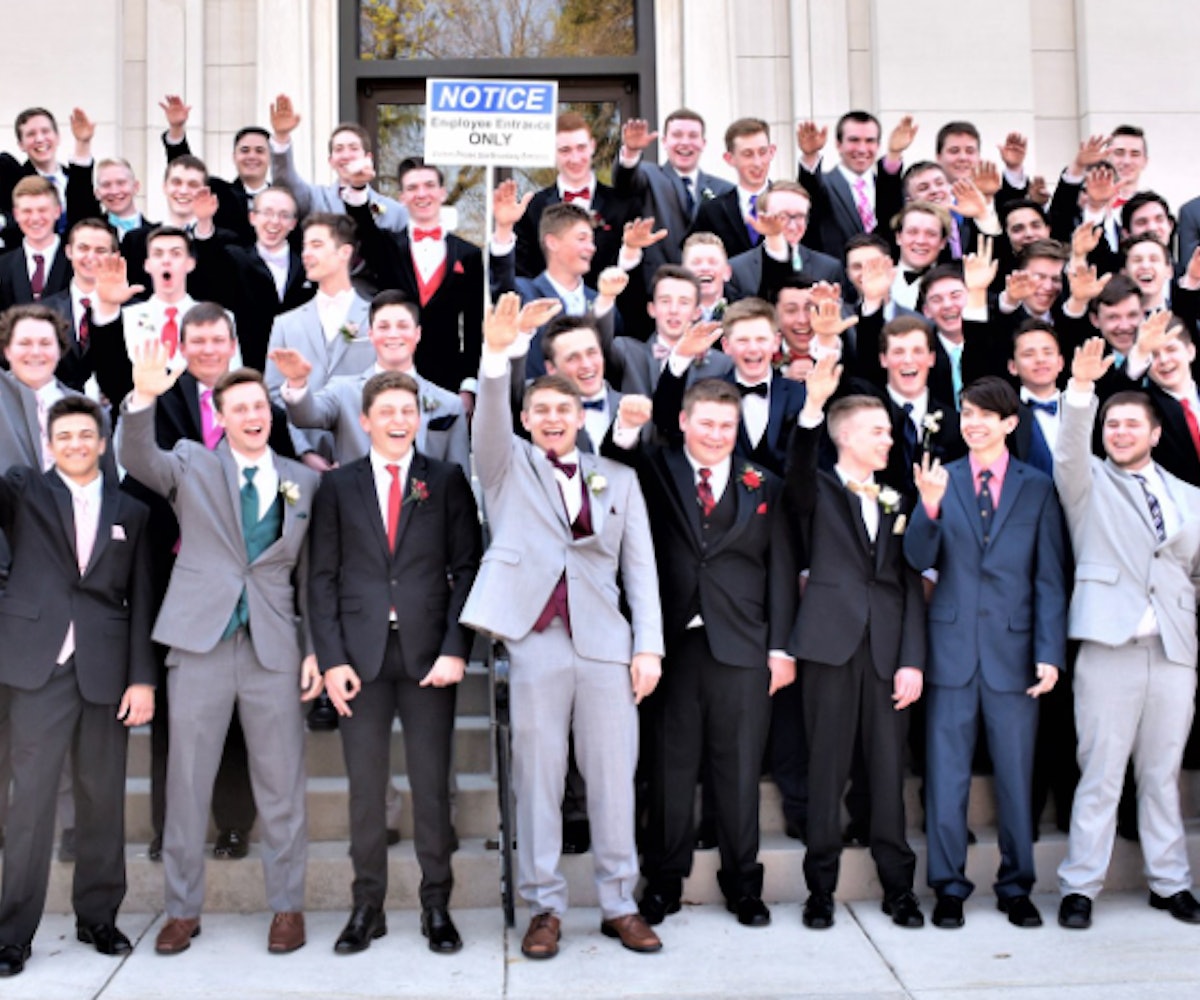 Earlier this month, a photo surfaced of students at Baraboo, Wisconsin high school doing a Nazi salute before pre-junior prom that has since gone viral. The photo—which was swiftly deleted by the original poster—was subject to investigation by the school district, but administrators have decided the students in the photo are protected by free speech.

According to Journal Sentinel, superintendent Lori Mueller has completed part of the district's investigation and said in a letter to parents that officials couldn't possibly know "intentions in the hearts" of the boys photographed.

Journalist Jules Suzdaltsev has pointed out on Twitter that, not only is one boy in the photo doing the "white power okay sign," but another student at the school has allegedly been on the receiving end of blatant racism over social media, suggesting that the school's problem with explicit racism runs much deeper than this one act.

Twitter users have been quick to point out the clear bias on the school's behalf, as the punishment greatly pales in comparison to those that women and students of color have received for things like wearing hair extensions or kneeling during the national anthem. Earlier this month, a middle school in Utah put more effort into punishment and investigation of a young girl wearing a Marilyn Monroe graphic tee that allegedly violated dress code (Monroe's shoulders were bare in the picture on the shirt, but the student's were not).

In reality, students have very limited rights protected under "free speech," so this excuse on the school's part is quite flimsy. It's important to remember that Tinker vs. Des Moines, the Supreme Court case which set the precedent for free speech-related issues in schools, came about from two kids wearing armbands to protest war and support peace and did not open up students' abilities to share violent hate speech in school.