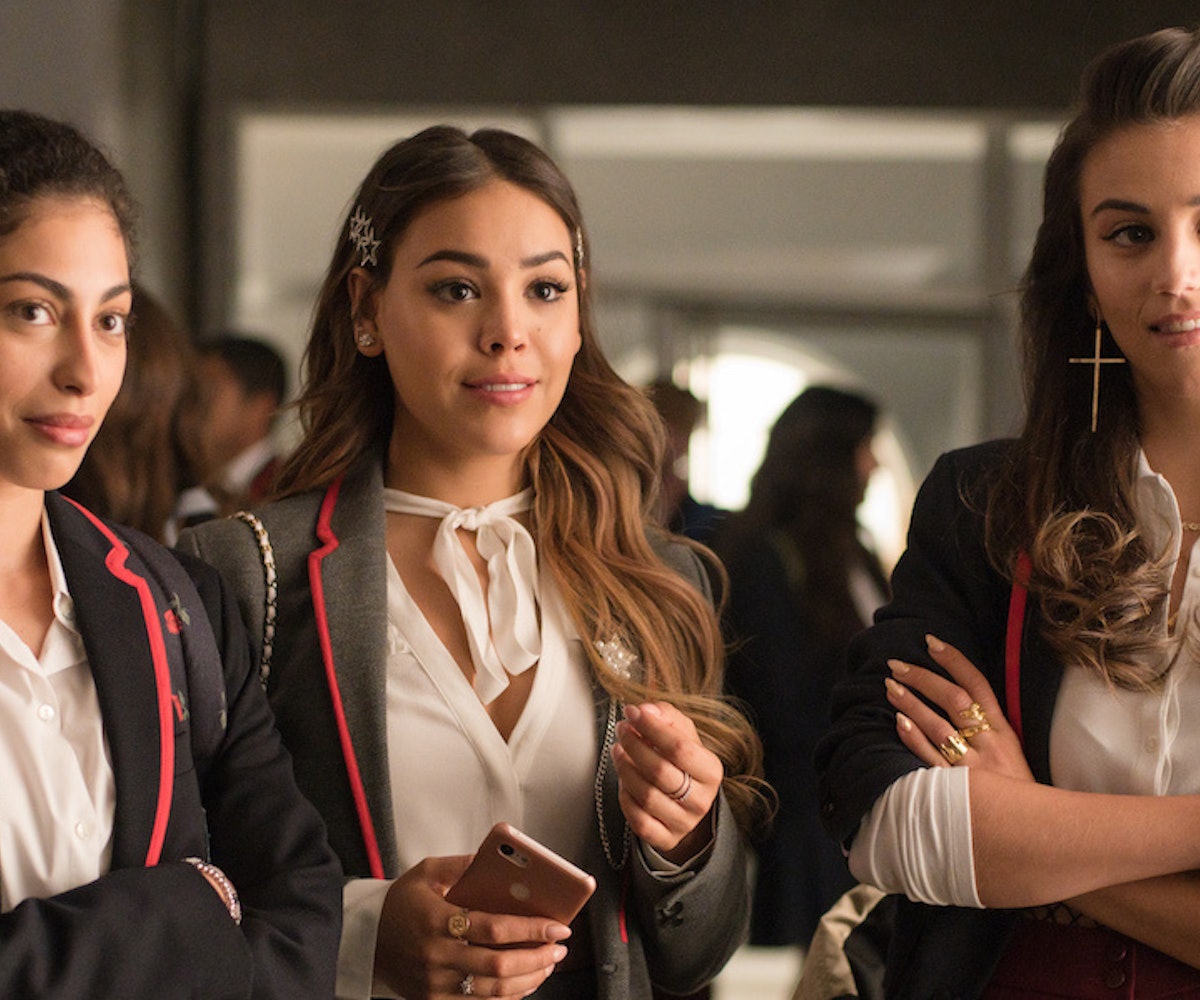 There's a lot to love about Elite, Netflix's Spanish-language murder mystery show about class tension at an expensive private high school in Spain. There's its engrossing storyline, its bright and beautiful Spanish setting, its nuanced depiction of queerness, and its frank discussions about everything from teen pregnancy to religious-inspired homophobia, to living with HIV. Though it's not dissimilar to other teen shows in its tendency to dial everything up to at least nine, Elite stands out for the sincerity at its core. It's no more surprising that the show garnered a huge fan base after its first season than it is that Netflix renewed the show for a third season, less than a month after the second premiered. By the time the streaming service noted that they had already filmed a third season, the only question remaining was, How long will we have to wait for new episodes? The answer: not long, since a teaser confirming the season three premiere date reveals the show will return March 13, only six months after the premiere of season two.

While the first season worked to uncover the identity of the person who killed the doomed HIV+ student Marina, season two primarily dealt with the traumatic aftermath of that inciting incident — spending quite a bit of time with the guilty Polo, who slowly unravelled from the guilt and the pressure to keep his involvement a secret, and Samuel, who sought to find the murderer so he could clear his unfairly jailed brother's name while getting his own revenge on the person who killed the love of his life. For now, details are rather scarce about what we can expect from season three, but with the profile of Elite only growing by the minute, it's safe to bet that series creators Carlos Montero and Darío Madrona will only be going bigger and crazier in the future.

Check out the teaser for Elite season three below and prepare for the ensuing chaos to return on March 13th.