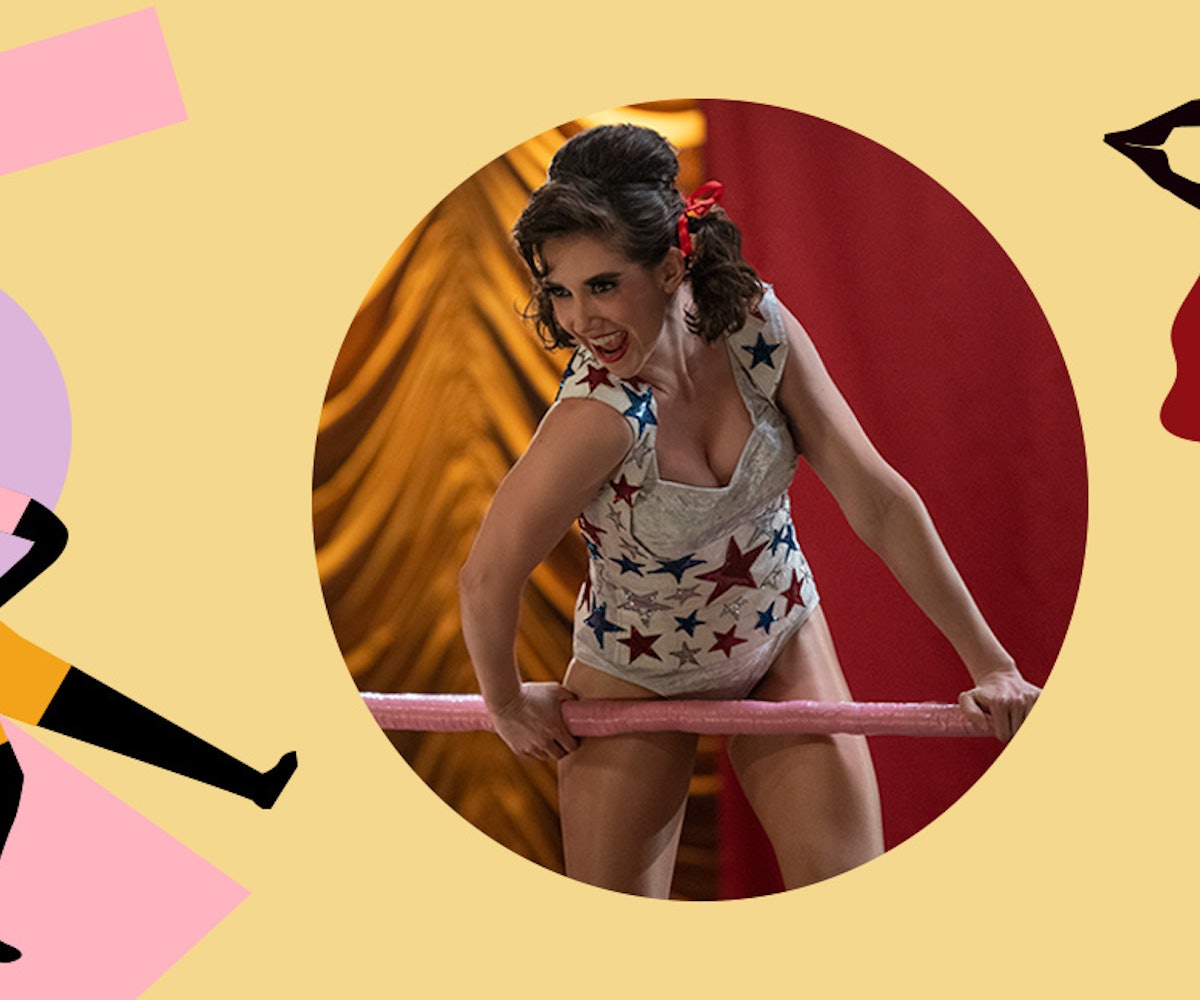 Growing up, I was enamored with the idea of preternatural ability and child prodigies; I assumed if something didn't come naturally to me I wasn't meant to do it. I decided that simply sitting out was less embarrassing than the other option: attempting to do something I wasn't good at. Athletics fell into this list of activities I was too worried about embarrassing myself to partake in. Adolescence is a time of self-definition, when every act seems like it'll bring you closer to knowing who you are, and it seemed like spending even an afternoon doing something I was no good at was a waste of time.

Alongside this, I was contending with mixed signals on what was expected of me as a person who'd recently grown boobs. Thinness was the tacitly acknowledged goal for women, but working out did not seem like an enjoyable experience for anyone other than ripped men. Besides, fighting my body felt like a Sisyphean task. And I didn't know what to make of the societal expectation to do something grueling with no end in sight. Even if I lost a few pounds, would my reaction to the scale even be met by pure satisfaction? Or would I just feel the need to lose more? Plus, my aforementioned fear of embarrassment made avoiding exercise easy to justify.

As I hobbled toward creating healthy routines for myself as an adult, I still found it impossible to conquer my fear of athletics, or on a larger scale, of reconciling what was expected of me with what I might actually enjoy. I may have lost the judgmental gaze of bitchy classmates, and I only really had negative thoughts about my body when I found myself under the scrutiny of particularly aggressive changing room lights, but my own fear of embarrassment barricaded me from attempts at becoming a healthier person.

Slowly I convinced myself that the long-term benefits of exercising outweighed the temporal embarrassments that my self-consciousness created. It was my job to walk dogs, and being on my feet all day backed me into realizing how beneficial exercise really was for mental health, something I'd stubbornly doubted for years since being diagnosed with anxiety. I felt fueled not only by the rush of endorphins but by the feeling of constantly besting myself and feeling more connected to my body. Eventually, I was doing Yoga with Adrienne with friends at my apartment, even investing in Groupons for gym classes.

This newfound pursuit fell to the wayside when I was involved in a car accident that left me with chronic pain that made it difficult to be on my feet for a half hour, at best, and an awful ankle sprain that remained swollen for over six months. I attended an endless stream of appointments, waiting for medical professionals to properly explain what was happening to the bag of meat that drove my brain around all day. I'd returned to what I began to believe was my natural setting—feeling alien to my own body.

I was more or less sedate for about a year—going to work, then shuttering myself indoors until it was time to head back to the office. I dedicated these indoor hours to watching a never-ending stream of half-hour comedies. Eventually, about a year in, I turned to GLOW and settled in.

The Netflix show is set in the '80s and follows a motley crew of women who are in the process of becoming TV wrestlers; it's led by Ruth (Alison Brie), an actor who's become jaded by how one-dimensional the roles available for women are and so finds herself at an open call for the wrestling show, GLOW. The majority of the other women who show up for the casting call aren't particularly predisposed to athletics either. Most of them were merely desperate for work. Nonetheless, once cast on the show they have to train, which means we watch as they doubt themselves, push themselves, and accidentally hurt themselves. It wasn't until I watched GLOW that I realized how rare it is for media to depict any group of non-cis men strength-building and taking pride in it for a reason unassociated with body image.

This isn't to say that everything about GLOW is exactly radical: The women in it are all beautiful, most are thin, the majority are white, and all are able-bodied. Nevertheless, they're still far from what has been previously presented in the media: women who are either entirely consumed by athleticism or stereotypically feminine women who go to yoga classes or the gym and don't enjoy it, but attend in the hopes that it'll make them more desirable to men. What's more, it's the industry standard for actresses to have bodies that are much thinner and more fit than the average American woman, yet rarely do TV shows account for how they came to be so small. Lorelei and Rory Gilmore are perhaps the most obvious example, two women who are defined by their love of junk food, yet whose weight never seems to fluctuate. At the very least, GLOW actively pushes the emotional benefits of working out as much as it implicitly pushes the industry norm of body standards.

When I finished the show at 3am on a Sunday morning, I turned to Alison Brie's Instagram, to find that it houses a plethora of videos that document her training for the show's stunts. Even without the elite squad of trainers captured in Brie's workout videos, or a team of fellow amateur wrestlers, I felt energized to go to the gym after watching the show, to feel a similar level of pride that Brie displays in her workout videos, or one of the characters does in landing a move.

I didn't conquer chronic pain so much as I conquered my unrealistic expectations for myself. I realized that a sense of satisfaction from working out didn't have to come from something monumental, like running a marathon or bench-pressing more pounds than anyone else you know. I could decide that it was impressive enough to get out of the apartment and go to the gym, whether I only have 20 minutes in me or I have 45. (Please allow me to believe this is a lot of time to spend working out). I saw Ruth's unwillingness to back down and wanted to replicate it within myself.

I don't have the physical strength to work out every week, never mind every day, but this doesn't have to be an admission of weakness or a reason to give up. I could allow it to be the spur for becoming even a little bit stronger, piece by piece learning what I wanted from myself, and determining that it was okay that this didn't match up to what had been marketed to me as standard. Watching the women of GLOW brought me closer to what exercising should be about: proving how much you can do when you're doing it for yourself.

GLOW Season 3 is out on Netflix now.