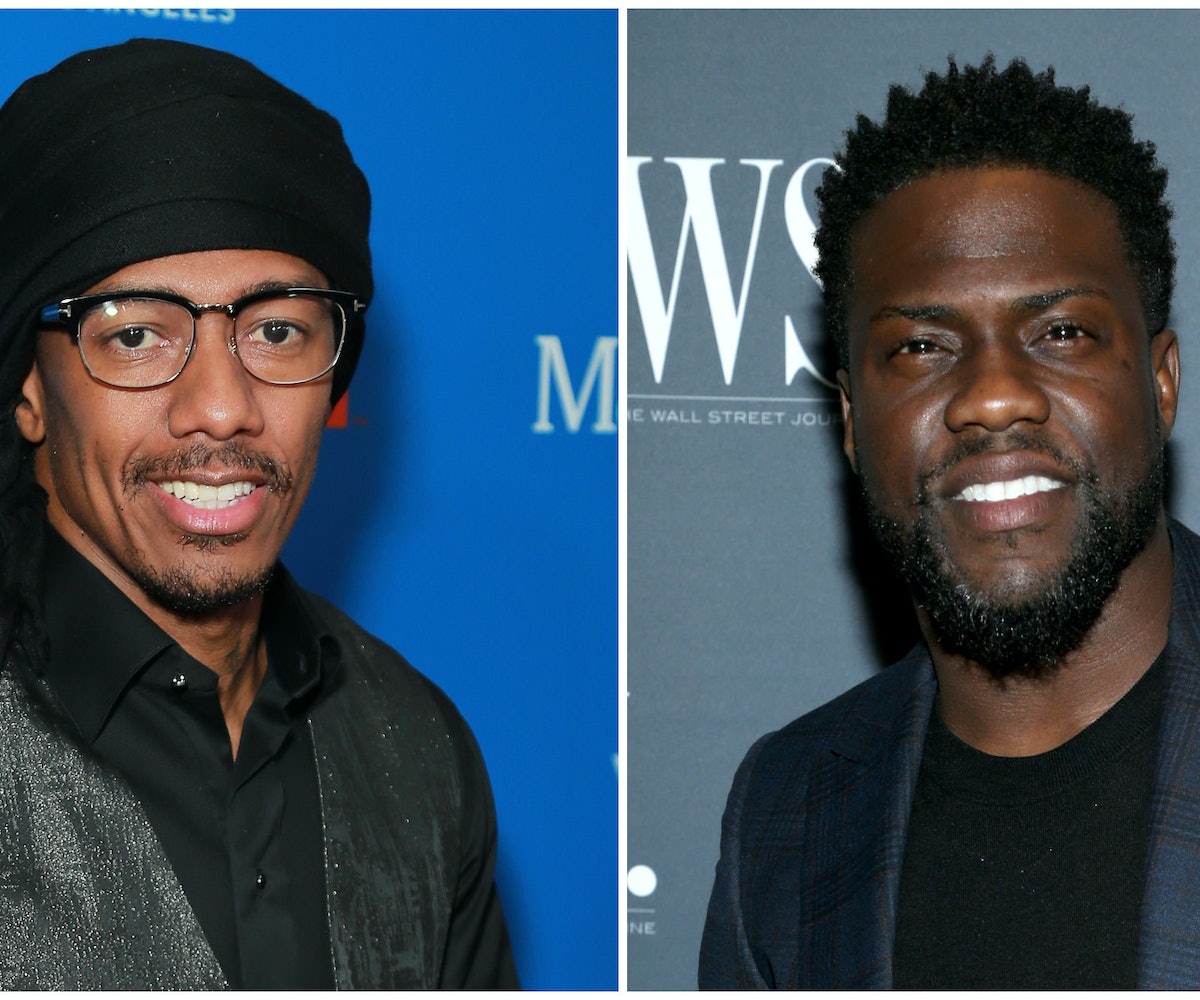 Last week, comedian Kevin Hart stepped down from hosting the Oscars after refusing to officially apologize for his past homophobic tweets and jokes. Now, Nick Cannon is trying to defend him by pointing out past homophobic statements made by white women comedians.

After Hart stepped down from the Oscars, Cannon resurfaced old tweets from Amy Schumer, Chelsea Handler, and Sarah Silverman. In each tweet he quoted, the comedians had used homophobic slurs like those that Hart was dragged for using. Cannon seemed to question the fact that Hart had been forced to own up for the offensive language he used to use, while he felt Schumer, Handler, and Silverman were not held to the same standards.

When a Twitter user pointed out that Cannon, likewise, needs to "audit" his tweets while calling out those of others, he retaliated by saying, "You know I've been saying fucked up shit since Twitter started!" He continued to say that he doesn't "play that politically correct bullshit." Okay.

The problem with this is that Cannon seems to simply care about the fact that Hart was called out, instead of other comedians who used the same language, and not that the language itself is offensive and hurtful to the LGBTQ+ population. Obviously, no one who has made homophobic jokes should be able to get away with it, and everyone should be held accountable.