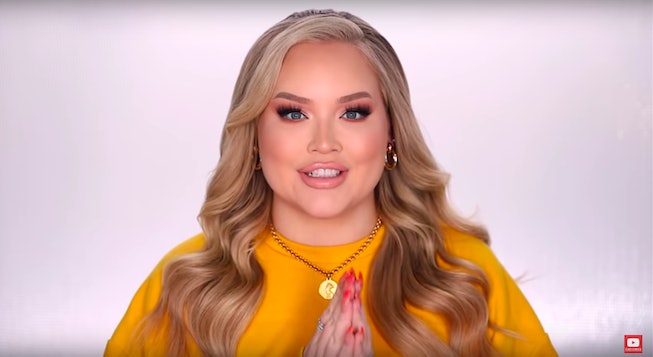 Beauty phenomenon Nikkie de Jager, also known as NikkieTutorials to her 12.7 million YouTube subscribers, received waves support after coming out as transgender in a video posted to her channel on Jan. 13. And while fans, beauty brands, and fellow YouTubers like Nikita Dragun and James Charles were quick to share messages of love and encouragement, not everyone had something positive to say. As reported by Insider, several beauty gossip channels uncovered crude, transphobic comments about de Jager's announcement made by the sister of Too Faced co-founder and CCO Jerrod Blandino.

Screenshots obtained by Tea Spill of her Instagram account @makupprincess, under the name Dani California, show that her bio was changed to: "Transgender huh? That's not the only thing she's been LYING about." Within a few hours of the bitter comment making its rounds on social media, Dani updated her bio to read: "Lets be clear, I love trans people & dislike anyone who lies to hurt others! Period!" The beauty community swiftly took to Too Faced's social media channels vowing to boycott the brand for implying that de Jager had been lying about her gender, with some users on Twitter uploading videos of themselves throwing Too Faced products in the garbage.

"I don't know who needs to hear this, but not 'coming out' as transgender isn't lying, it's survival. #TooFaced," tweeted one user. Others were quick to speculate whether or not Too Faced had anything to do with de Jager not being able to come out on her own terms. "Did the CEO @jerrodblandino of @TooFaced sister expose herself as the blackmailer? Did they threaten to out NikkieTutorials? Saying 'that's not the only thing she's been LYING about' sounds like a threat," tweeted YouTuber Sanders Kennedy.

While it's unclear if Blandino's sister is currently employed by Too Faced, Anastasia Beverly Hills president and daughter of the brand's founder Claudia Soares, better known online as Norvina, shared her belief that the brand's parent company, Estée Lauder, would get involved. "John Dempsey's about to put his foot up someone's ass," she tweeted, naming the Estée Lauder president. "I would be so scared right now, you do not want to play with him."

The insensitive comments come just a few months after a public dispute between Too Faced and de Jager, stemming from the brand's palette collaboration with the YouTuber in 2016. The palette was notoriously flooded with one-star reviews upon its launch for poor quality, but more behind the scenes information about the partnership came to light in the Shane Dawson 2019 docuseries, The Beautiful World of Jeffree Star. In the video, Star claimed that the beauty brand massively underpaid de Jager, sharing that she earned a flat-fee of $50,000 while Too Faced went on to make more than $10 million in profits.

De Jager addressed the claims on Twitter in October, saying she was "naive" and "didn't know better" when she signed the deal with Too Faced, but that she would "never forgive" the brand for changing and compromising the quality of a product she put her name on without her knowledge. "I had to fight YEARS to prove my authenticity and gain your trust again," she added.

Despite the damaging comments made by Blandino's sister, or the fall-out between Too Faced and de Jager, the YouTuber is putting her energy towards this brimming new chapter, where it belongs. "Uploaded my video yesterday...I was expecting a lot of situations, but what happened last night was something I never even would dare to dream about," she shared on Instagram stories. "The incredible amount of love and support and warmth means so much to me. Thank you."

Too Faced did not respond to NYLON for additional comment at the time of publishing.