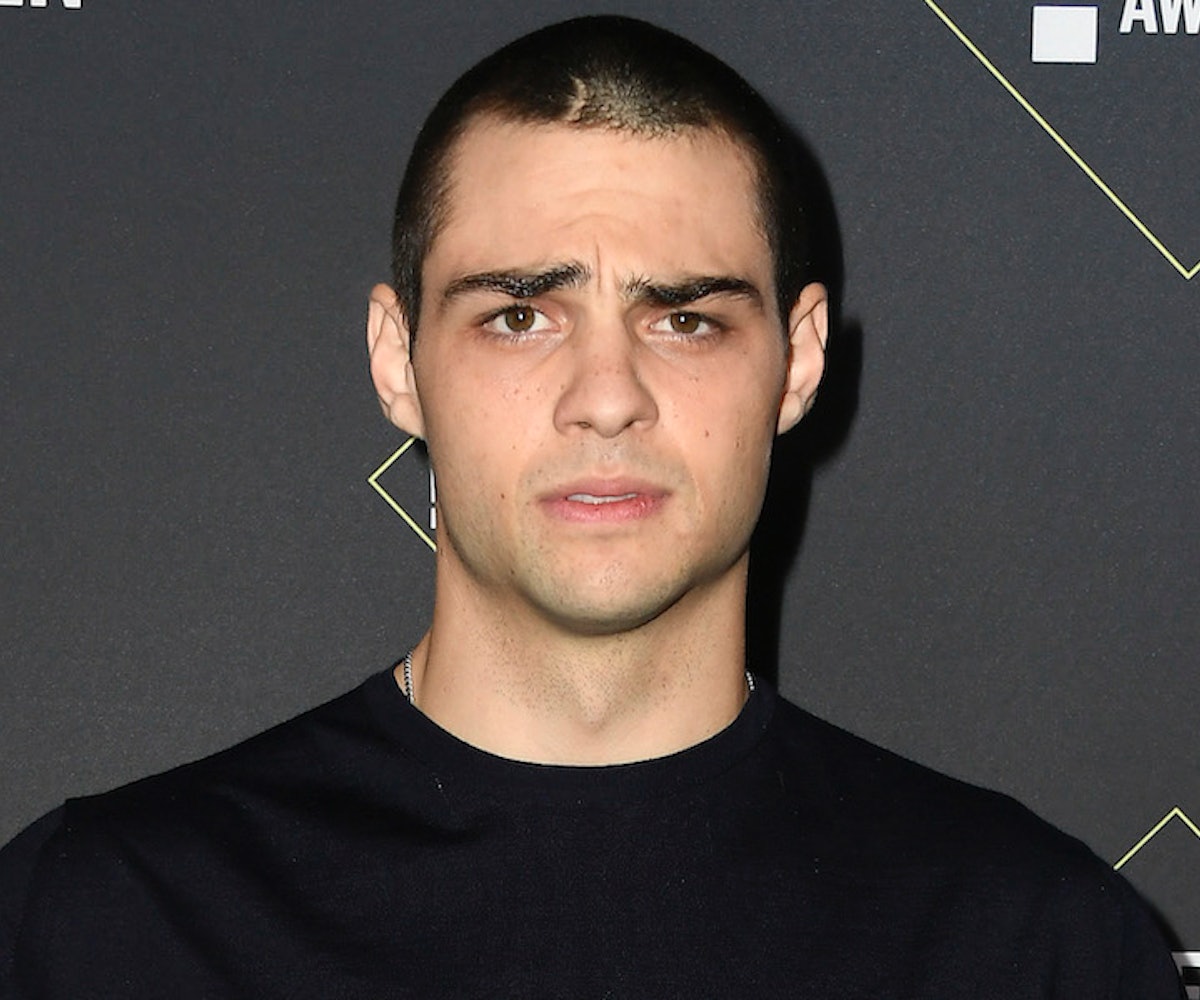 It seems that Noah Centineo has started speaking like he tweets — which is to say, he makes little to no sense. During the 2019 People's Choice Awards on Sunday evening, the actor gave a brief statement onstage, and it still has viewers confused the morning after. In a clip — which spread rapidly across the internet — Centineo says in a serious tone, "It matters not what you've done, but what you do with what you've done, for others." Cool?

Listen, we've long known Centineo isn't the boy we all hoped he'd be after watching To All The Boys I've Loved Before — we can't scrub the memories of finding out he's both a ghoster and a Logan Paul apologist from our brains — but we never expected he'd start spewing inspirational phrases that sound like bad Tumblr poetry circa 2011.

Let's break his statement down for a moment. "It matters not what you've done" makes sense, sure, but the last half is where it goes off the rails, entirely contradicting the first half of his statement. Presumably, Centineo meantto say something along the lines of, "It matters not what you've done for yourself, but how you impact the lives of others," but got stuck midway.

Typed out, the statement looks just like some of the nonsense that appears quite often on Centineo's Twitter. Most of Centineo's tweets appear as if they'd be found within the context of a chain, or in reply to someone else, but that's never the case. They're always just incomprehensible, pseudo-intellectual word vomit.

If you've never taken a deep dive into the internet mind of Noah Centineo, see here: he's a scientist!

And lastly, he's your grandmother, who just discovered how to tweet.