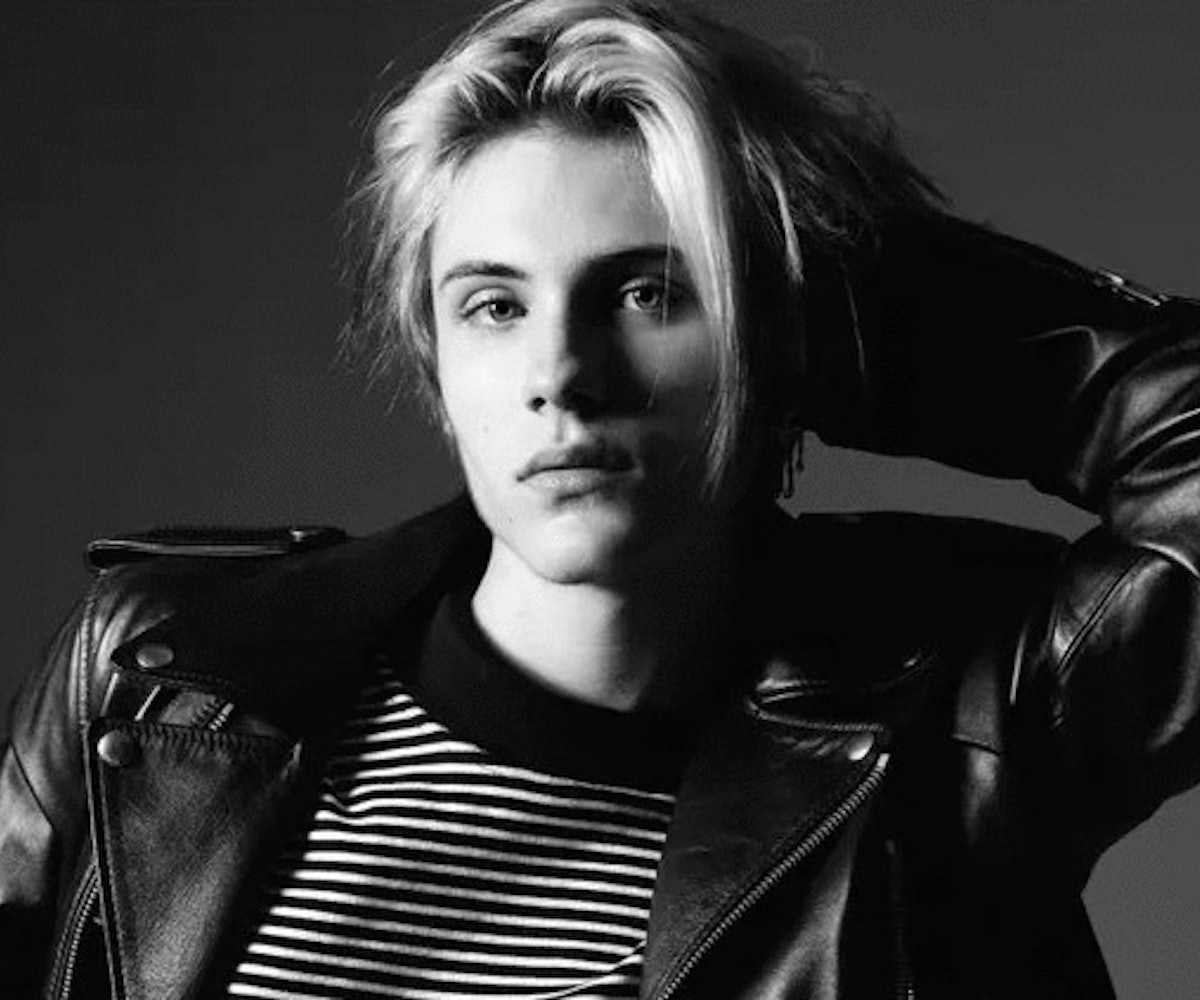 Photo by Hedi Slimane/Courtesy of Celine

TikTok star Noen Eubanks may be the face of Celine, but there was a time in the not-so-distant past when he didn't even know what Celine was. In an interview with The Face, Eubanks shared how he snagged the campaign for the luxury fashion brand, saying that a woman who works for the French fashion house approached him while he was out at a restaurant with friends and invited him to a casting.

"If I'm being honest, I didn't know what Celine was," he admitted, nor was he familiar with designer Hedi Slimane. Plus, the Celine employee had no idea about Eubanks' TikTok superstar status, as well: "She's like, 'You're beautiful. What do you do? Who are you?'" he recalled. It didn't matter, though, and he booked the campaign.

In the interview, it was also revealed that Eubanks is currently dating fellow TikToker and beauty guru, Abby Roberts:

That said, Eubanks has a girlfriend. He's dating the TikToker Abby Roberts. She posts her make-up looks on the app to more than six million followers. He jokes that maybe he'll make an official announcement of their relationship in the coming days, but he'd rather people just knew, somehow, and decides to leave clues in comments on others' posts.

As for Eubanks' TikTok career, he's not banking on short, viral videos being sustainable forever.

"At some point I will have my last great video. That is factual information. Realistically, you never know when that is," he said. "It could have been just now. And I could just not be trending any more. People lose interest and that could be it for me. But I also [believe] if you just keep on working for something, it will turn around. Realistically, anxiety is not grounded in anything."

See Eubanks' cover for The Face, below, and read more of his interview here.