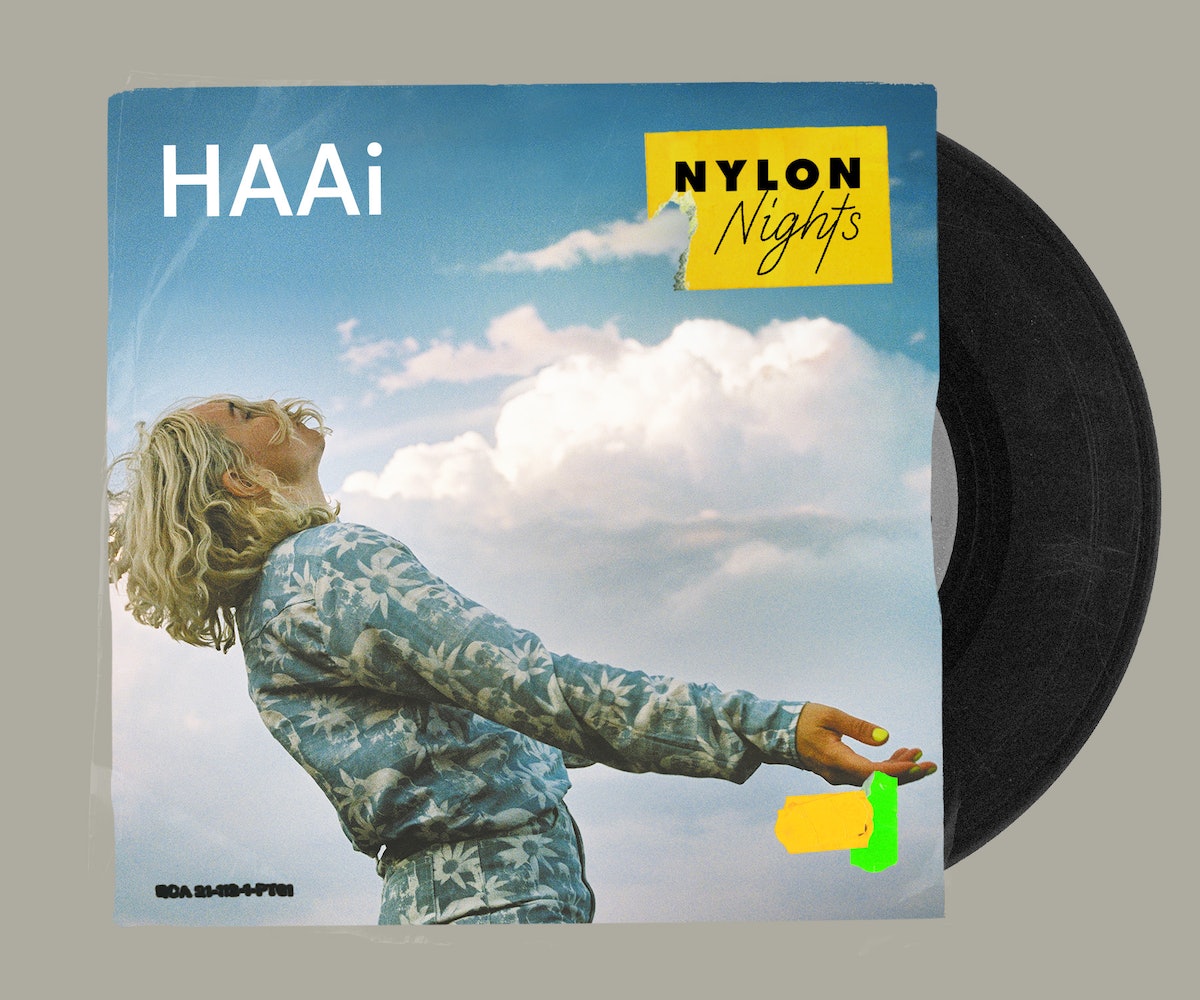 Going out? Need a playlist? Then NYLON’s NYLON Nights playlist is here for you. Each month we invite a guest DJ to curate an exclusive playlist that will keep you going from pre- to post-game. For May 2022, rising U.K. producer and DJ HAAi takes over.

There’s no better feeling than a summer rave. It may seem counterintuitive to want to cram yourself into a room with hundreds, maybe thousands, of other bodies in the dead of the year’s hottest months, but there’s a certain kind of magic to the whole affair. Sweat mists the tops of everyone’s skin as they dance their hearts out to blaring, deafening music as strangers chat next to the water cooler — then, everyone files out to greet the cool early morning air once it’s all over. It’s spiritually, maybe even physically, cleansing — and at the very least, just as effective as a hot yoga class.

HAAi’s NYLON Nights playlist compels you to want to do just that. The rising U.K.-via-Australia-based producer and DJ has rapidly become a fixture in the global nightlife scene with her bright, energetic, and emotional sets. With upcoming gigs at Primavera Sound and her own U.S. tour kicking off May 27, HAAi’s also been hitting the studio with some of the genre’s biggest heavyweights like Fred Again..., and The xx’s Romy. Their 2022 song, “Lights Out,” is tenderly wistful, and scientifically engineered to keep every limb of your body moving at all times.

That same effortlessly restless vibe saturates HAAi’s playlist, stuffed full of vibrant dance tracks and tempered with moments of emotional reprieve, like VTSS’ gritty “Why we don’t deserve nice things,” which arrives as a grungy, meditative brain break. But most of the playlist is full of textural, playful peaks, like Floating Points’ “Vocoder,” which HAAi predicts will be “rinsed by DJs this summer,” and her own songs, like the energetically fluid “Bodies Of Water.” The track is a taste of the DJ’s own potential, which she plans to unleash in full later this month with the arrival of her debut album, Baby, We're Ascending.

Below, get your summer rave plans off on the right foot by spinning HAAi’s NYLON Nights playlist, and reading on for her commentary about each of the songs. Then, be sure to catch Baby, We’re Ascending when it arrives on May 27.

This track is the perfect set opener. Such a great build in the intro, then that drop. Sublime. <3

I’m a big Jeshi fan, and this rework by RFF is incredible. Spend some time listening to Jeshi’s catalogue, you won’t be disappointed.

Overmono really are the masters of machine music and sampling at the moment. I've played with them a bunch of times and have been an admirer of their music for some time. Lovely lads, too.

This is the first single from my new album; first time I've sung in a while and recorded it. It’s a lovely wonky one.

I’ve been playing this track out loads lately. Has everything you want to get the club moving. A new fave find.

I’ve been a KAM-BU fan for a bit now. His shows are electric and I think he’s such a talent. He’s also a sweetheart. I got to hear some stuff he’s working on, and I think it’s gonna blow people away. The production on this track is also incredible.

VTSS is one of my favorite DJs. Her sets are tough and electric. This whole EP that “Why We Don’t Deserve Nice Things” is on is a real masterclass in production.

The first time I heard “No Shade” I loved it so much I DM’ed Myst Milano on Instagram to say just that. So smooth. I’m obsessed with this.

Perfect amount of breaks and bangs. This track is perfect for the club.

This is really a bit of me, this track. It sits in a world with Leon Vynehall’s “Sugar Slip.” Such a unique but vibe-y track. This is going to get rinsed by DJs this summer.

Fred and Jordan are good pals, and I’m fans of what they both do individually. Them coming together on this track was such a great move. Perfect combination of emotion and club.

I managed to turn a seemingly very summery, upbeat track into a sad and yearning love song. Oop!

Manami is an artist really having her ascent at the moment. She’s toured around the world with Bicep and has developed such a great name for herself as a DJ and producer. This one is a wonderful melon twister. One for the club tweakers.

I loved working with obi on this track. Her vocals and writing are such a force in the studio. This track for me is the perfect balance of mental and lovely hands in the air.

This is a slight mood change for LSDOXOXO (one of my fave artists). I love the Kida emo vibe in this. Perfect playlist ender.