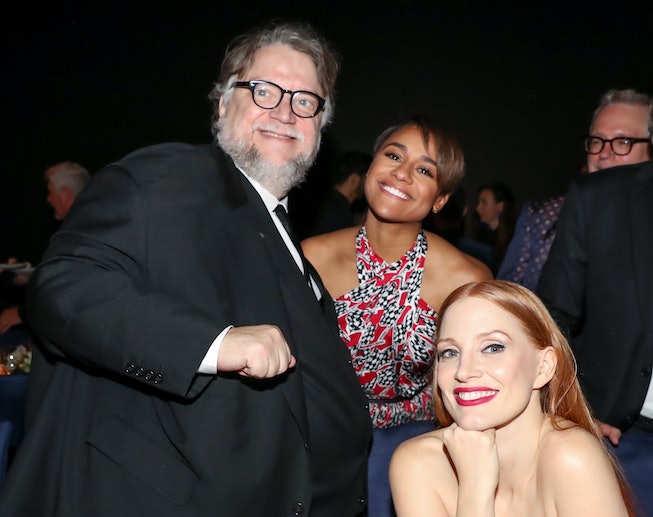 WHERE: The Museum of Modern Art

WHY: To honor the work of director Guillermo del Toro, as well as a a preview of the museum’s new exhibition, Guillermo Del Toro: Crafting Pinocchio.

THE VIBE: While half of midtown was having their annual office holiday party, a much chicer affair was occuring after hours inside the Museum of Modern Art. For the 11th year in a row, Chanel served as the sponsor of the museum’s annual Film Benefit. The evening’s honoree was Academy Award winning director (and Taylor Swift’s favorite auteur) Guillermo del Toro, who was celebrated with speeches by frequent collaborators including Chastain, Jenkins, and Wolfhard (fellow friends who could not make the evening, Cate Blanchett and Tilda Swinton, sent in warm wishes via video messages).

Before a candle-lit sit-down dinner where guests discussed holiday plans and favorite del Toro movies (The Shape of Water expectedly dominated many conversations) over plates of burrata and short ribs, Chanel-clad attendees were given a private preview of the museum’s upcoming Pinocchio exhibition, which explores the making of the director’s upcoming animated film. Later, the night closed out with a barn-burner performance by H.E.R. who took to the stage declaring, “I’m just here to wear Chanel — kidding!”