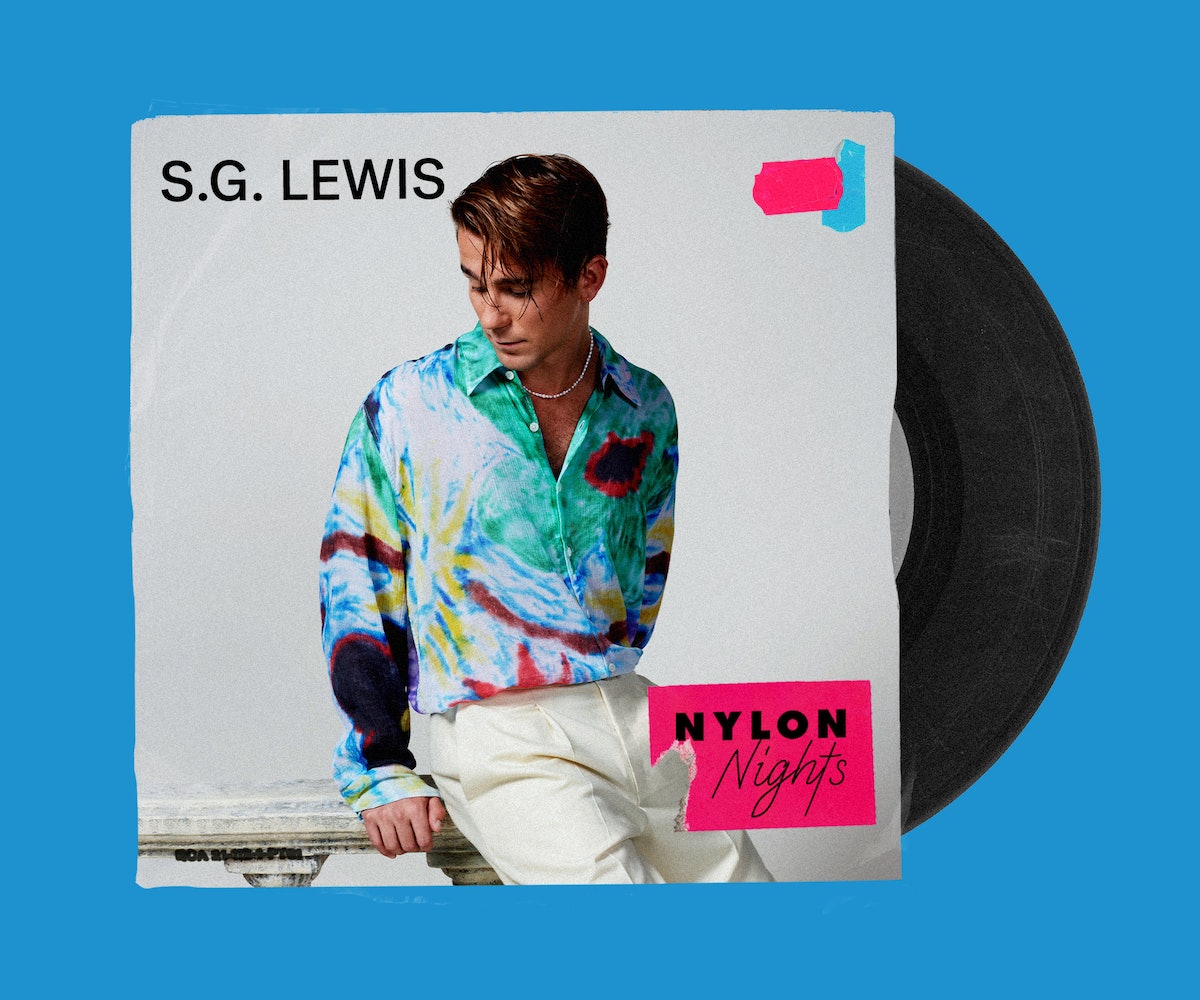 Going out? Need a playlist? Then NYLON’s NYLON Nights playlist is here for you. Each month we invite a guest DJ to curate an exclusive playlist that will keep you going from pre- to post-game. For August 2022, U.K. producer and DJ SG Lewis shares the latest tunes he’s been spinning.

There’s something mystical about the summer golden hour. After a long hot day, the sun nestles into the horizon and sets everything aglow in warm orange: the breeze feels cooler, the drinks stronger, the trees, skies, buildings, and even garbage around you seem to glitter in a new light. Music also sounds more heightened in that moment, the barrier between normalcy and euphoria feeling thinner than ever. U.K. producer and DJ SG Lewis mines this feeling with his sublime NYLON Nights playlist, streaming below, which sparkles and glitters like sunrays hitting the waves. Filled with bright and buoyant dance songs from himself and other mood-curators he admires, the hour-long mix sets a glowing sonic aperitif for whatever magic you might get up to later in the night. As he says about one of the songs included on the playlist, it “has that magic feeling of excitement for the night ahead captured in it.”

If you’re familiar with SG Lewis, you’ll know that this glittering genre of dance music is what he excels in. As a producer — who’s worked with Clairo, Robyn, Channel Tres, Lucky Daye, and many more — his songs are bright and embellished, dotted with twinkling piano or shimmering electronic flourishes, grasping for some sense of dance floor glory. Even his more ostensibly ruminative songs, like the recent “Something About Your Love,” his homage to Daft Punk after receiving the news of their breakup earlier this year, is undeniably joyful (if a little wistful) in its undercurrents. Come fall, Lewis will be bringing these sensibilities on the road with him as he embarks on a 20-date fall North American tour starting October 6, visiting Toronto and major cities throughout the U.S.

Before then, get familiar with Lewis by streaming his NYLON Nights playlist, below, and read on for his thoughts about each of his picks.

Keinemusik are having such an incredible moment right now, and this beautiful remix from Palms Trax has set-ender anthem status for me. Little Dragon’s vocals are just irresistible.

Just a gorgeous Balearic sunset soundtrack. Has that magic feeling of excitement for the night ahead captured in it.

“Something About Your Love” - SG Lewis

Easily the song of the summer for me. Love the fact that faster BPM 4/4 is getting so popular again.

Gorgeous remix from Running Back head honcho Gerd Janson — been hammering this in DJ sets.

Love the honest track title. Dope has been a staple in my sets for ages, so this is a much welcomed bit of disco edit goodness.

“There’s Never Been (No One Like You)” - Masters At Work

Just a beautiful song of adoration. I love songs that say so much with a few words.

Chloé Caillet and Josh Ludlow have been on a roll recently, and produce some great music together. Love this whole EP.

“Melodies on the Meridian” - Donald’s House

Been opening a few sets with this. It’s a great palette cleanser that kicks off a party the right way.

Just an absolutely beautiful piece of melodic techno. Such a journey of a record.

Stole this from TEED’s Office playlist on Spotify. Such a gem.

What would a playlist be without some self promo?

NEXT UP
NYLON Nights
Yunè Pinku's Party Playlist Is An Ethereal Pop Fantasia
Entertainment
Meet Amy Allen, The Grammy-Nominated Songwriter Behind Pop's Most Honest Hits
Entertainment
Muni Long On The Grammys, Burnout & Not Worrying About The Labels
Entertainment
FLO Is Headlining Their First US Tour This Spring
Style + Culture, delivered straight to your inbox.