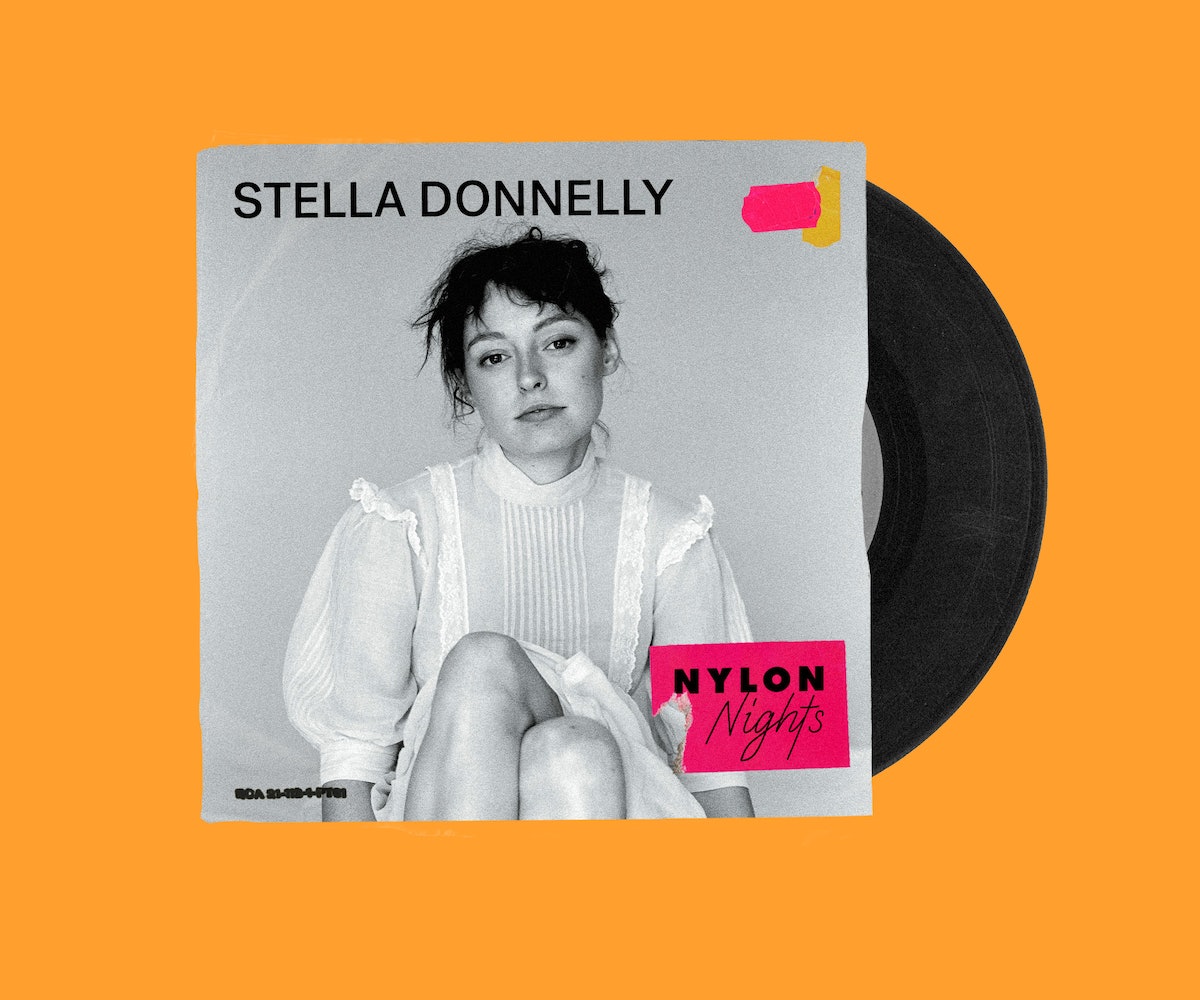 Going out? Need a playlist? Then NYLON’s NYLON Nights playlist is here for you. Each month we invite a guest DJ to curate an exclusive playlist that will keep you going from pre- to post-game. For September 2022, singer-songwriter Stella Donnelly shares her all-time favorite tunes.

While writing and recording her latest album, Flood, Stella Donnelly listened to Jenny Hval’s “Spells.” The sweeping and luxurious pop song — which opens the musician’s exclusive playlist, below — became a reference point for the Australian singer-songwriter’s new record, and she eventually reached out to its producer, Lasse Marhaug, to mix her own album.

“I used a lot of these artists as production reference,” Donnelly explains over a recent Zoom call, referencing the songs she’s collected in her playlist. “I used Cat Power as a reference, but ‘Manhattan’ more particularly for the piano sound. But this song I had to put on this playlist.”

As such, Donnelly’s NYLON Nights playlist is simultaneously a collection of some of the musician’s all-time favorite tracks, and a peek into the music that helped color her beautiful new album. Flood, and its 11 tracks of clarifying and delicate indie rock, deals with themes of love, loss, growing up, and the search for sanctuary — which Donnelly says are shared among the songs on her playlist.

“The thing that links all of these songs together is that there's just a sort of complex devotion in all of them,” she says. “And I think that's probably what always draws me to music. Is when something's able to be expressed in such a unique way.”

Below, Donnelly’s curatorial ear finds a common thread between Sister Sledge’s “Pretty Baby,” Adrianne Lenker’s “anything,” and The Morriston Orpheus Choir’s heavenly rendition of the Welsh folk song “Hiraeth.” Since most of the songs confront the multi-faces of love, there are emotional hot-spots throughout its hour-long runtime, but it’s still overwhelmingly light and upbeat, bringing in a mix of perky disco-y tracks, experimental , and solemn and stark ballads.

After a raucous summer where dance music reigned supreme, it’s may serve one to turn inward, sit still, and linger in the romance of what we’re categorizing as the fall blues. “I often imagine this as a playlist for someone who is maybe learning to be apart from someone they love, and having to navigate that sort of landscape,” Donnelly adds. “But also just cleaning the house and driving...”

Stella Donnelly’s Flood is out now. Hear her NYLON Nights playlist below, and read on for the musician’s commentary about each of the songs.

This, in my opinion, is the greatest pop song ever written. The way the piano weaves around the horns, the drums fading in as though they’re on a train hurtling slowly towards you. I listened to this on repeat on a flight from Brisbane to LAX. That’s 14 hours of pure bliss.

I can’t listen to this song without crying, so it’s a tough one to even talk about. The moment the old woman’s voice begins to sing, I’m a goner.

I am lucky enough to work with Ellie [Mason] who makes up a third of Voka Gentle. This song is such a fantastic adventure. The Kestrel is one of my favourite birds, the song really sounds the way the bird moves: it hovers so still then just drops down to hunt. Such a magnificent bird, such a magnificent song.

The Sleepy Jackson were a band out of Western Australia, fronted by Luke Steele of Empire of the Sun fame. The bending strings and the acoustic guitar create such a beautifully mournful song!

The rhythmic guitar in the verse of this song was the first thing to grab me, then all of a sudden the chords just drop lower and lower and I just fucking lose it to be honest. I danced to this song every day for a chunk of lockdown.

The bom bom bass line in this song. I always get this song in my head when I’m stuck back in Perth in the winter. I’m driving down dreary Leach Hwy after dropping Marcel off to the airport as he goes away on tour and I have to work out what to do with my day.

The line, “I don’t wanna be the owner of your fantasy, I just wanna be a part of your family,” is so f*cking good. There’s so much complex devotion in this song.

I grew up in Morriston, Swansea so I’m really glad that the best version of this song is performed by the Morriston Orpheus Choir! Hiraeth is a welsh word that describes longing and deep sorrow for home.

“Valentine’s Day Is Over” - Billy Bragg

This is a song straight out of my childhood. Billy Bragg does such a great job of weaving the mundane, domestic aspects of our lives into a heartbreaking love story.

“I Told You Everything” - Sharon Van Etten

“Colors and The Kids” - Cat Power

She puts it so frankly, it’s so sad, but f*cking liberating to hear someone express the sentiment that music isn’t always it, you know.

This song is my childhood, it celebrates the mundane. I put this song and “Before Too Long” whenever I need to clean the house and I want it to feel like a profound experience.

This is the song that brings everyone to the dance floor at parties so I thought I’d leave the playlist with this so we can dance our way into whatever’s next.

NEXT UP
NYLON Nights
Yunè Pinku's Party Playlist Is An Ethereal Pop Fantasia
Entertainment
Chloe's "Pray It Away" & 9 Other New Songs Out This Week
Entertainment
Kali Uchis' "I Wish You Roses" & 9 Other New Songs Out This Week
Nylon Nights
Latto Gets Ready for Spotify’s Best New Artist Grammys Party
Style + Culture, delivered straight to your inbox.