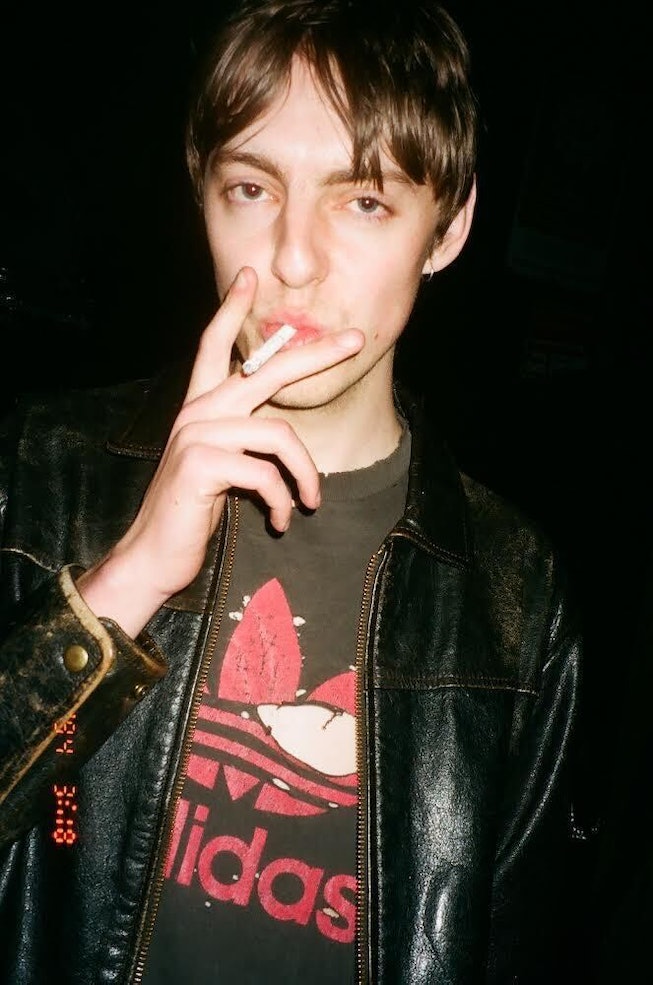 The lineup for Perfectly Imperfect’s two-year anniversary party was stacked. The cult favorite newsletter, which features casual, highly specific recommendations from people like Chloe Cherry, Charli XCX, John Wilson, and Dasha Nekrasova hosted a celebration at Baby’s All Right in October, on an unseasonably warm night where attendees like The Drunken Canals’ Gutes Guterman could still wear a sheer eyelet blouse and I could still wear a tennis skirt without tights.

The lineup, much like the newsletter, was a roll call of what’s cool and relatively unknown but A Thing right now, particularly in the New York City music scene: The Dare, The Hellp, Harmony Tividad, Umru, A.Savage, and Blaketheman1000 — but everyone was talking about one act: The Dare.

The project of Harrison Patrick Smith, who formerly performed under the name Turtlenecked, the Dare is is as much a harbinger of the return of indie sleaze — albeit a hornier, clashier sleaze — as the resurrection of the Cobrasnake himself (who photographed the party). A dead ringer for Julian Casablancas in a suit, tie, and sneakers, Smith recalls the electronic acts of the time, like LCD Soundsystem and the Rapture; at the party, he delivered a high-wire performance of the intoxicating, buzzy single “Girls,” with the same fervor as a Five-Hour energy exploding on a disco ball.

“Girls” was just named a top song of the year by publications like Dazed, Fader, and Uproxx (along with NYLON), as well as by the New York Times music critic Jon Caramanica, who I spied recording a video of Smith throwing The Dare-branded condoms into the crowd as at least two girls crowd-surfed. It was a performance so electrifying that even the white balloons being tossed around the room stuck to Smith, static electricity pulsating.

Because it only makes sense to surround yourself with, well, girls, to perform “Girls,” Smith was accompanied onstage by Destiny Strudwick, Angel Prost, Aleah Tillis, and Ava Ferguson, in black lace bras, studded belts, and glitter. The performance was shot by Jake Lazovick, a musician and filmmaker who runs the video collective POWERED BY WIND, which has worked with artists like Tierra Whack and Joy Again.

“He’s going to play stadiums,” the lead singer of a Brooklyn indie rock band who’d met Smith while working at a coffee shop told me after the show while we were waiting for him to emerge. “He’s the next Alex Turner.”

Only time will tell...for now, watch the Dare’s live performance of “Girls” at Perfectly Imperfect’s Baby’s All Right party:

NEXT UP
Nylon Nights
Backstage with UNI and the Urchin’s Charlotte Kemp Muhl and Jack James Busa
Entertainment
Harry Styles Is Performing At The 2023 Grammys
NYLON Nights
Yunè Pinku's Party Playlist Is An Ethereal Pop Fantasia
A Night Out
A Night Out With Rachel Bilson
Style + Culture, delivered straight to your inbox.