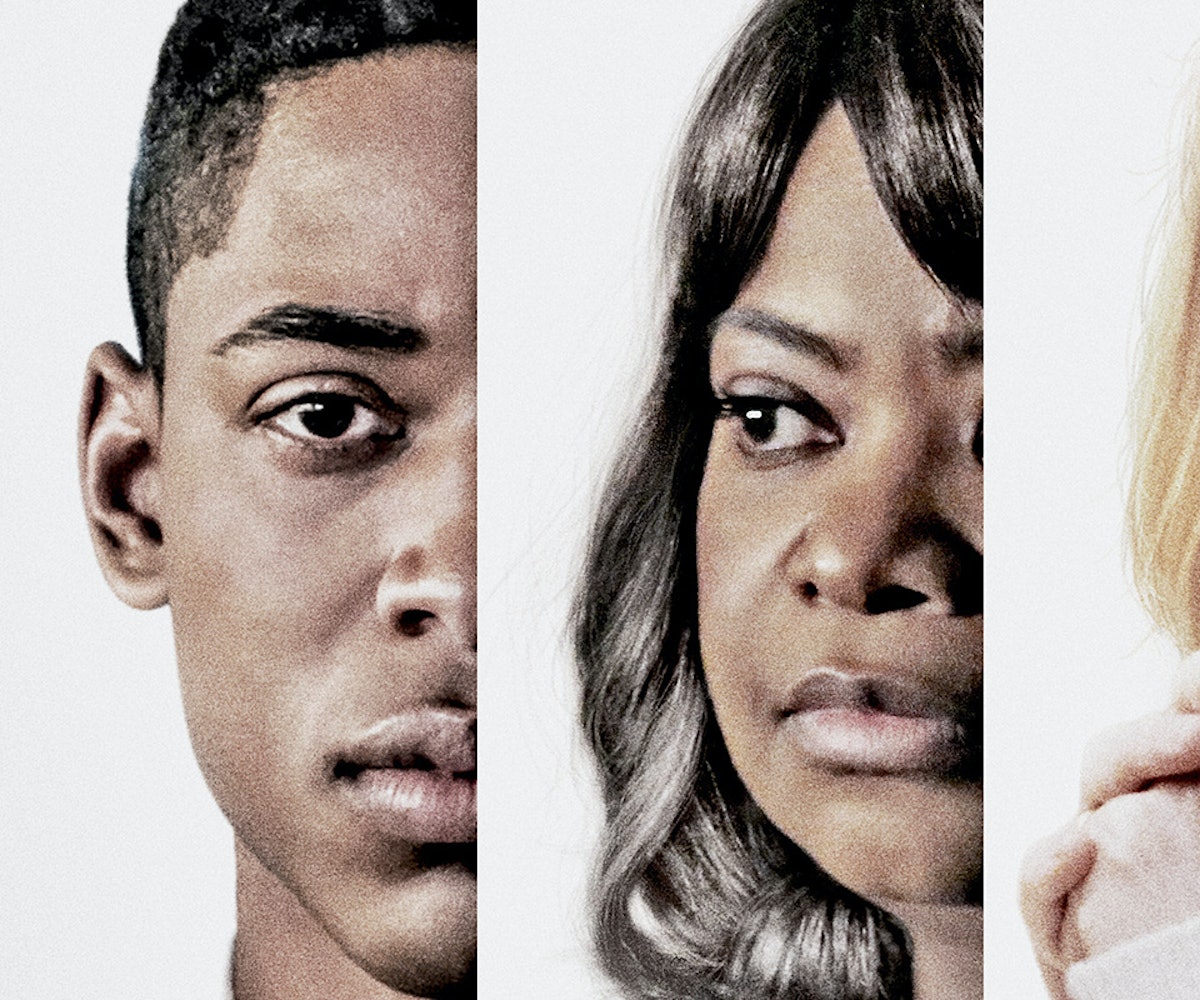 Octavia Spencer has been appearing in movies and TV shows for over 20 years. She has a bit role in the classic Being John Malkovich, which turns 20 this year; she's in the first Spider-Man movie, from 2002; she's done recurring roles on more than half a dozen TV series; and on those shows and elsewhere, she has played a truly stunning number of nurses. When she won an Oscar for The Help in 2012, off her first nomination, she was still taking plenty of smallish roles, and though she's been nominated twice since then, her category is clearly established: Best Supporting Actress. Her career has the breadth and the eclecticism of a great character actor, because she is one.

But like a lot of character actors, Spencer has shown that if called upon, she can carry a movie. This summer, when studios have relied more heavily than ever on brand names and sometimes paid the price for it, Spencer has been front and center for two films: the horror picture Ma, back in May, and now the indie drama Luce, opening in select theaters this weekend. They probably won't garner awards attention, but they're two of her strongest performances to date.

Even after she moved away from playing unnamed nurses and won an Oscar for playing a righteously disgruntled maid in The Help, Spencer has gravitated toward caregiver roles, embodying various counselors and confidantes. Ma subverts and complicates her natural warmth by driving her character to violence with loneliness, but Luce goes further by casting her as Harriet Wilson, a high school teacher who seems supportive but exacting—a classic Spencer role. Harriet isn't the only point of view in the film, so her problems with star pupil and all-around beloved campus fixture Luce (Kelvin Harrison Jr.) drop on the audience when she confronts both Luce and his mother, Amy (Naomi Watts). Harriet reveals that when assigned to write from the perspective of a historical figure, Luce chose to adopt the voice of a radical espousing the virtues of violence.

This could just be teenage envelope-pushing. But Luce, whose adoptive parents (Watts and Tim Roth, reunited after the shared trauma of the Funny Games remake) are white, came to the U.S. from a war-torn African country. Though he's emerged, after much unseen therapy, as a seemingly well-adjusted young man, a student athlete and valedictorian candidate (first seen in the film giving a school speech), who comports himself with unrelenting politeness and respect, Harriet still worries about the implications of his paper. She takes it upon herself to search his locker, finds something illegal, and soon Luce's parents are torn between a defense of their son and their suspicion over what he may not be telling them.

Does trying to parent Luce make them feel guilty? Is their son being dishonest? Has Harriet crossed personal lines with her students? Is Luce's placid exterior a form of manipulation, or an ideal that adults mistrust, once achieved? Is the scrutiny of his actions changing those actions? The way that Luce keeps introducing new tensions and information that prompts and deepens these questions rather than answering them has an air of staginess, and indeed, director and co-writer Julius Onah worked with co-writer J.C. Lee to adapt the latter's play, retaining some dialogue that feels heightened in its verbosity.

But Luce never descends into talking-point debates or cheap button-pushing, in part because Onah and Lee seem aware of this potential pitfall (Luce is, naturally, on the school's debate team), in part because Onah directs with admirable control, and in part because the actors sell the hell out of their material. That's particularly true of Spencer, playing a woman who would be easy to push into villainy; she opens the movie by giving Luce a vaguely chilly reception after a well-received school speech, and quickly reveals that she violated his privacy, as well as the privacy of other students before him. But Harriet has her own family problems to deal with, and is all too aware of how much higher Black kids must achieve to get noticed in a mostly white and highly privileged school system. Whether she, therefore, holds minority students to a hypocritically high standard for their "own good" is a question the movie appears to answer several times before pointedly avoiding a firm conclusion, even after a late scene where Harriet unloads her frustrations.

Spencer makes this withholding strategy especially effective. In her years of bit parts, she's proven herself able to make an impression with scant screentime, which means she's often excelled playing people who are, by design, exactly who they appear to be. Even in the surprisingly humane Ma, there is a clear line that her character crosses from sympathetically misguided to monstrous, her horror-movie psychology laid out cleanly even as Spencer brings plenty of nuance to the part. Harriet Wilson is not a stalker, even as Luce maintains an impressive sense of unease. The way that Spencer navigates this version of a caretaker role makes clear the thin line between steadfast and unyielding, the way that support can turn into a kind of obstruction. Even when she's angry, she largely maintains her evenness of tone; she must believe that she will be firmly, quietly vindicated. She has so much authority that the audience is forced to consider this possibility, too.

Luce obviously has a lot of Serious Issues on its mind, and a metatextual consideration of acting is probably not high on that list. But at times it does turn on the dueling charismas of a leading man, which the remarkable Harrison Jr. certainly could be, and a character actor. After years of first impressions, Spencer is showing a keen understanding of women who might typically go unnoticed except when thrown into conflict with younger and/or whiter power-holders. She's now given two of the best performances of the summer.

Luce is out in theaters tomorrow, August 2.