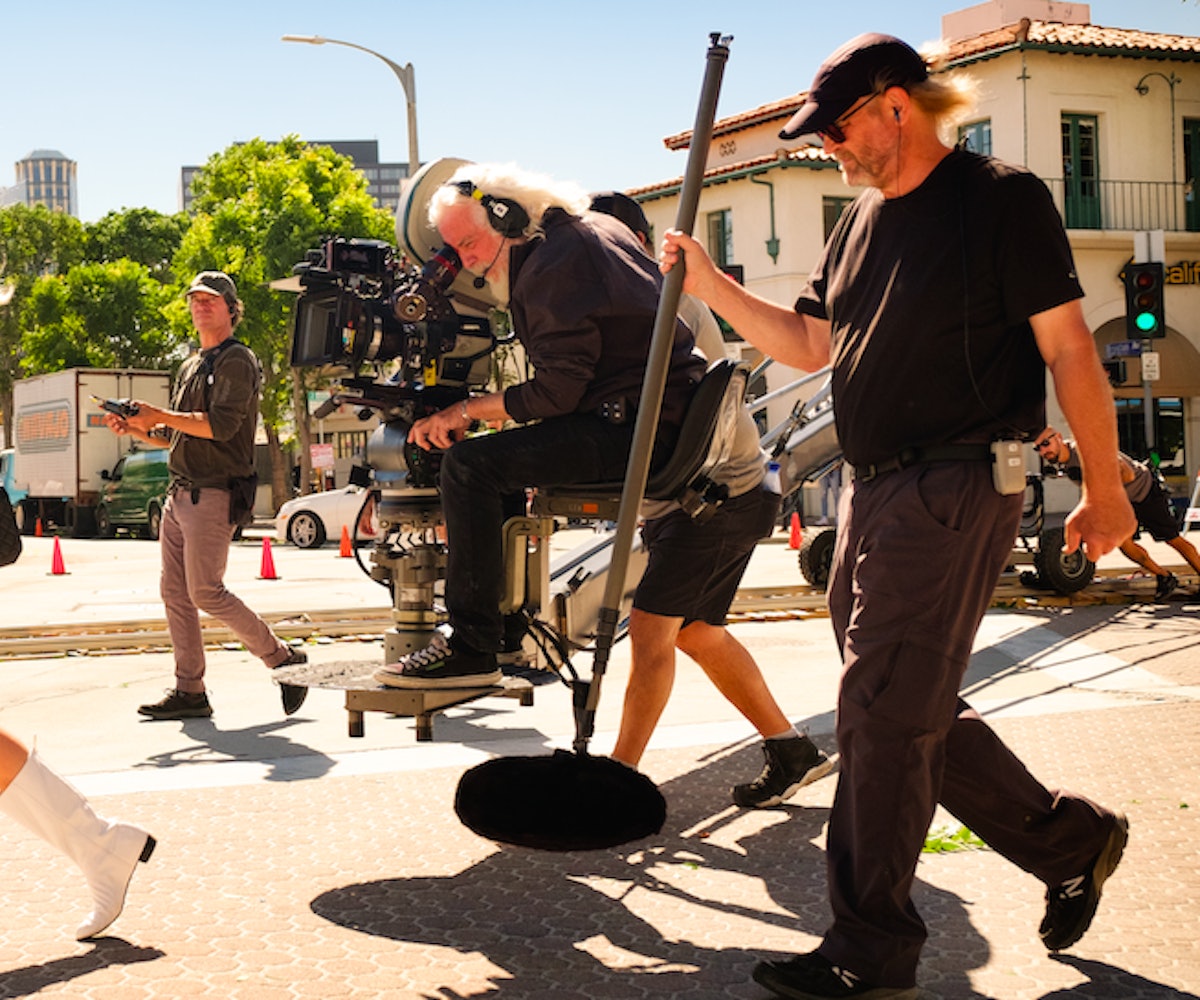 Writing for the A.V. Club, Katie Rife called Once Upon a Time in Hollywood, Quentin Tarantino's ninth film, his "wistful midlife crisis movie." One sentence in her review breaks this idea down perfectly: "This is Tarantino's most personal film in decades, and the longings expressed in it flow from who he is as a person: an established middle-aged white guy confronting his own impending irrelevance."

This rang true for me; early on the film, I felt as if I'd been transported into the daydreaming mind of a 50-something man, one whose insidious self-doubt was only disrupted by the sight of a young woman's bare skin.

Early viewers had already commented on Margot Robbie's lack of lines, and while she doesn't have much to say, that doesn't mean we don't see her a lot in the film—and a lot of her. As Sharon Tate, Robbie smiles and dances; she gyrates in yellow short shorts and a crop top at a Playboy mansion party. We nearly see under her white mini skirt, as she struts into a movie theater to watch herself onscreen. Seated in the dark room, she kicks off her boots and puts her feet up on the chair in front of her. We stare at the soles of her feet. As with most of the women in the film, we get to know Tate most intimately through her body.

Professional stuntman, Vietnam veteran, and wife-murderer Cliff Booth (Brad Pitt) spends his days driving his boss' fancy car way too fast (another nod to the bleak pleasures of midlife masculinity), but slows down when he catches the eye of a hitchhiking hippie named Pussycat (Margaret Qualley). It takes her three tries to finally get him to give her a ride. Before she gets in, she seductively chats him up, bending over into the car from the passenger side. The scene is shot from behind her, though, with her ass situated firmly in everyone's face. When she's finally inside the car, she offers Cliff a blow job and props her feet up on the dashboard, their bottoms plastered on the windshield like a pair of boobs on a window.

The film's other protagonist, Rick Dalton (Leonardo DiCaprio), is a TV Western actor who tries and fails to become a movie star—to call him a sick fucker wouldn't be too far off base, because the chain-smoking Dalton is pretty much always seen hacking up a storm, spitting up phlegm, racked with either lung cancer or the world's worst case of upper respiratory infection. This chronic cough is a signifier of Dalton's fading relevance, literally eating away at him from the inside out. The sight of his illness is foreign and vile to a young child actress (Julia Butters) with whom Dalton's working; she is already overcommitted to her own journey toward fame, and Dalton is simultaneously intrigued, embarrassed, and possibly envious of the girl's vitality. When she compliments him—"That was the best acting I've ever seen in my whole life"—it brings Dalton to tears.

Once Upon a Time in Hollywood is a reminder of the way that men's identities hinge upon their relationship to the women around them. Unfortunately, those relationships are often imbalanced at best, and predatory, at worse. And yet, wrap it all up in nearly three hours of legs, feet, and phlegm, and you've got yourself a critical darling—particularly if that critic is a middle-aged man.

Once Upon a Time in Hollywood is out in theaters today.