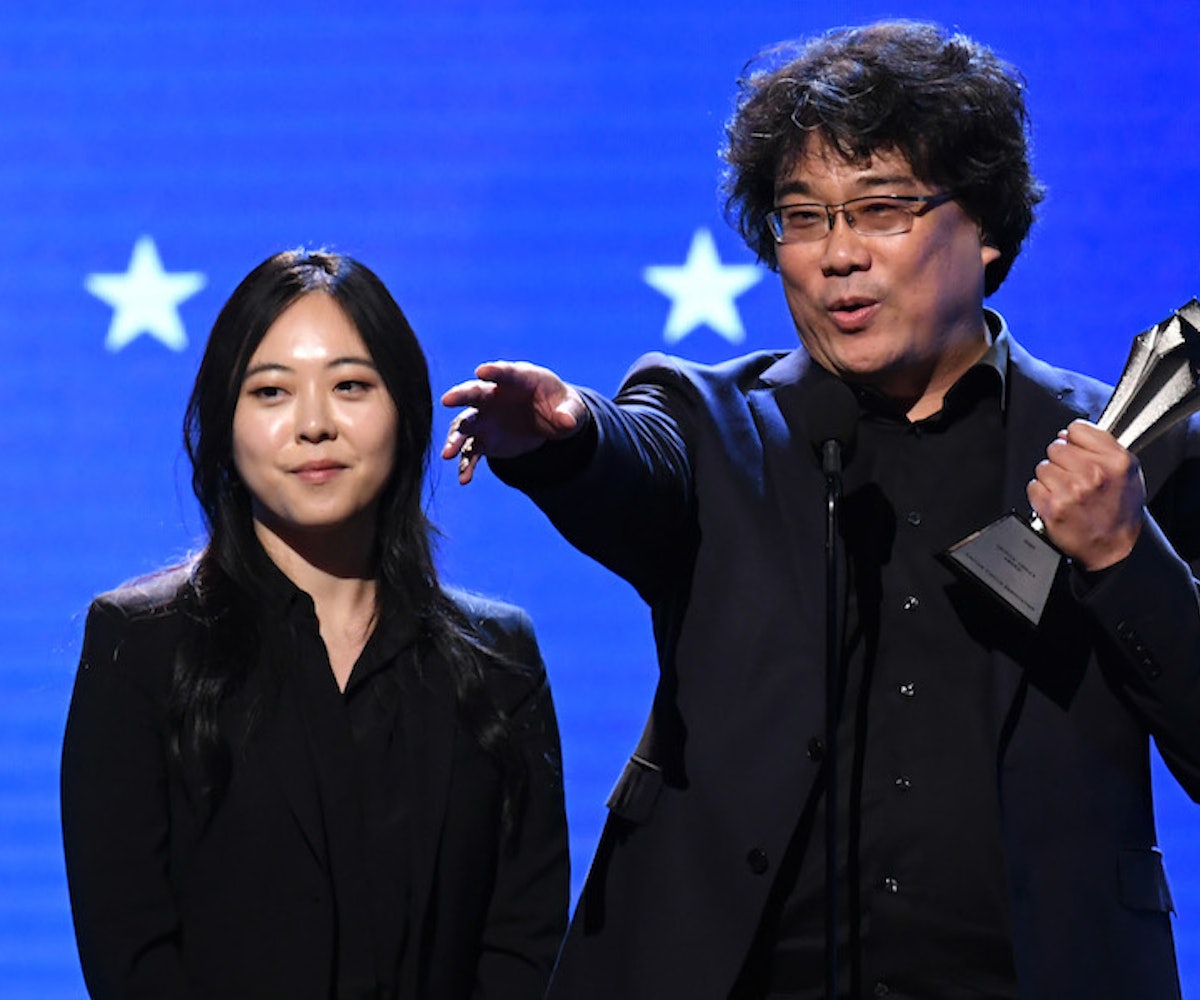 Unless you've been living under a rock, you know that Bong Joon-ho and his 2019 film Parasite absolutely dominated the 2020 award seasons. In the midst of the film's massive commercial success and multiple Oscar wins, Ho's translator Sharon Choi became an icon in her own right for translating Ho's blunt and straight-up hilarious remarks with ease and flair. Choi, a director herself, became the subject of Film Twitter speculation when it was reported that she was writing a screenplay about awards season. Choi recently addressed the rumor in an essay published by Variety, noting that instead of awards season, her forthcoming film would be a more personal story set in Korea.

In the essay, Choi reflects on the Parasite press tour, all the honey lemon teas she had to drink to preserve her speaking voice, her storytelling ambitions, and more. And for now, those ambitions don't include writing a feature about awards season. "This is a deeply personal experience I've yet to process, and it will find another time to seep into my stories," she wrote. #SharonHive can rest easy though, because Choi is hammering away at her computer. "The one I am writing about is a small story set in Korea that's close to my heart because, as director Bong quoted the sincere words of Martin Scorsese, 'the personal is the most creative.'" Someone get A24 on the horn!