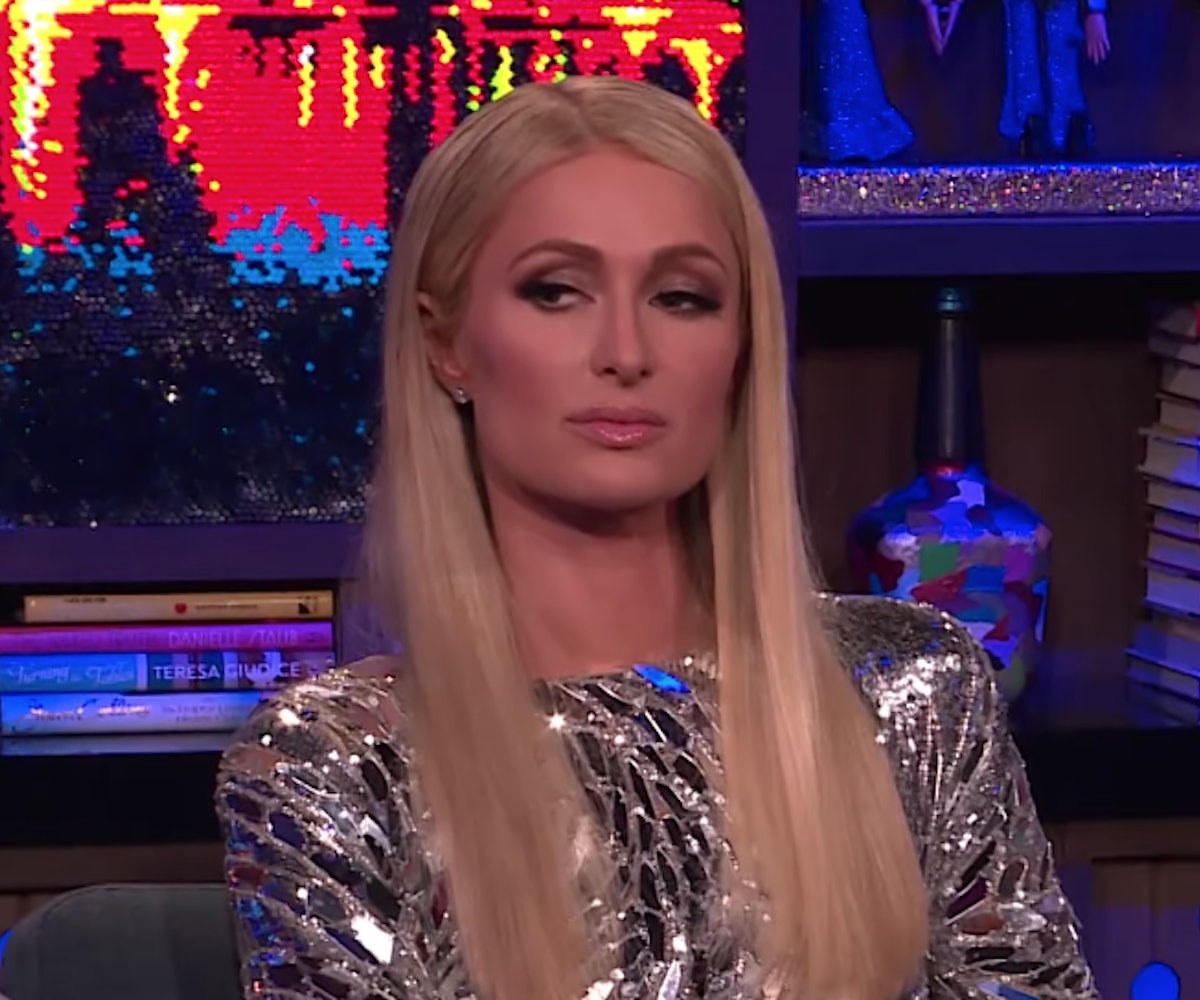 Last night on Andy Cohen's Watch What Happens Live, he prompted his guest Paris Hilton to say three nice things about her former enemy Lindsay Lohan. Instead, she reignited the feud by saying some things, and honestly, we're tired of this fight.

Cohen had Hilton play a game of "Plead the Fifth," a question game where she can refuse to answer only one prompt. When asked to say nice things about Lohan, Hilton seemed to at first try, saying, "She's… beyond." Beyond what, we don't know. But she stopped trying immediately after and, instead, called her "lame" and "embarrassing."

What we think is more lame and embarrassing is the fact that Hilton won't just let it go and talk about something else. While we get that she was prompted with a question about Lohan, it's still pretty boring of her to play into the feud. It's 2019, and more serious things are happening. Donald fucking Trump is our president. No one cares about Hilton vs. Lohan anymore.