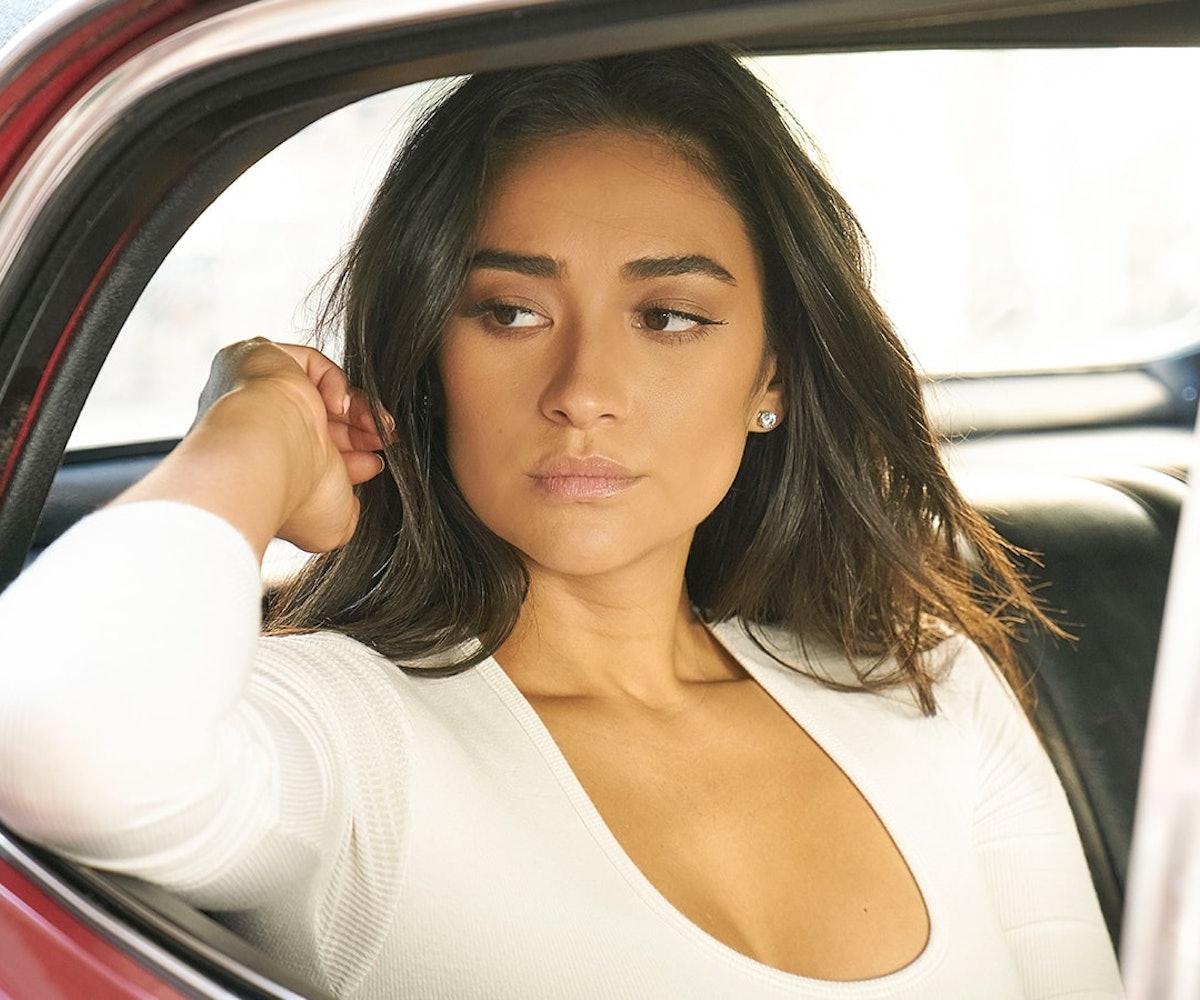 Spoilers for You Season 1, ahead.

When You premiered on Lifetime in 2018, its reception was muted. But a later acquisition from Netflix gave it and its characters new life, and You became an online obsession. But a lot of the attention was negative, as hatred for Joe Goldberg (Penn Badgley) and Guinevere Beck (Elizabeth Lail) poured in from all corners of the internet. And yet, one character got unanimous approval: Peach Salinger, who, as portrayed by Pretty Little Lies star Shay Mitchell, is a perfectly hilarious, insanely classist, liberatingly queer Queen Bee.

It isn't just Peach's entertaining blend of bitchiness and one-liners, the fact that she smells like money (I imagine), and is a distant cousin of J.D. Salinger (lest you forget), that makes her so appealing. It's that she shows that you can lust after someone—as both Peach and Joe do for Beck—without being a serial-killing psychopath. But also, she puts Joe in his place with a combination of cunning, Blair Waldorf-like comebacks and passive-aggressive interactions—which he deserves, considering the whole stalker-murderer thing.

From the get-go, though, Peach is skeptical of Joe, and she never lets him forget it. She does so by ignoring that everyone calls him "Joe," and instead haughtily calls him "Joseph" in a tone reminiscent of your mother's reprimands. While you could almost feel bad for how she treats Joe, don't, because he's the worst, and Peach is the best. She's also a person who's struggling with her sexuality and who's in love with her friend. Have a little sympathy. It's not easy to feel different in a world full of socialites and upper class-judgment.

That said, Peach is the queen of petty, passive-aggressive grudges, like when she accuses Joe of stealing one of her thousands of books at a house party and plays mental gymnastics by edging a mention of it into every one of their conversations. It's honestly admirable how committed Peach is to her pettiness, and, to be fair, she's not wrong.

But perhaps the most iconic thing Peach does happens after she's attacked by a "mystery man" (oh, hi, Joe) in Central Park. Peach could win an Oscar (or maybe Mitchell should win an Emmy) for milking her "near-death" experience for attention from Beck and her girlfriends. Then, when Joe stops by to bring balloons, Peach makes it clear that he should leave by saying: "Male energy in my healing space just isn't optimal." I mean, yes.

Of course, such perfection can't exist forever, which is why it feels bittersweet that Peach's best bitch moment comes right before her final breaths, when she confronts Joe, gets satisfaction in knowing she was right about him all along, and shoots him in the leg before he, well, murders her. That she does it all in black silk lingerie only adds to her legendary appeal. We can take comfort in the fact that, though we were only blessed with six episodes of Peach, she is probably floating around in the afterlife, sipping an expensive cocktail, popping Valiums, and rolling her eyes at how boring everyone is for being impressed that she's related to J.D. Salinger. Shouldn't they know she's the more interesting branch of the family tree?

You is available on Netflix.