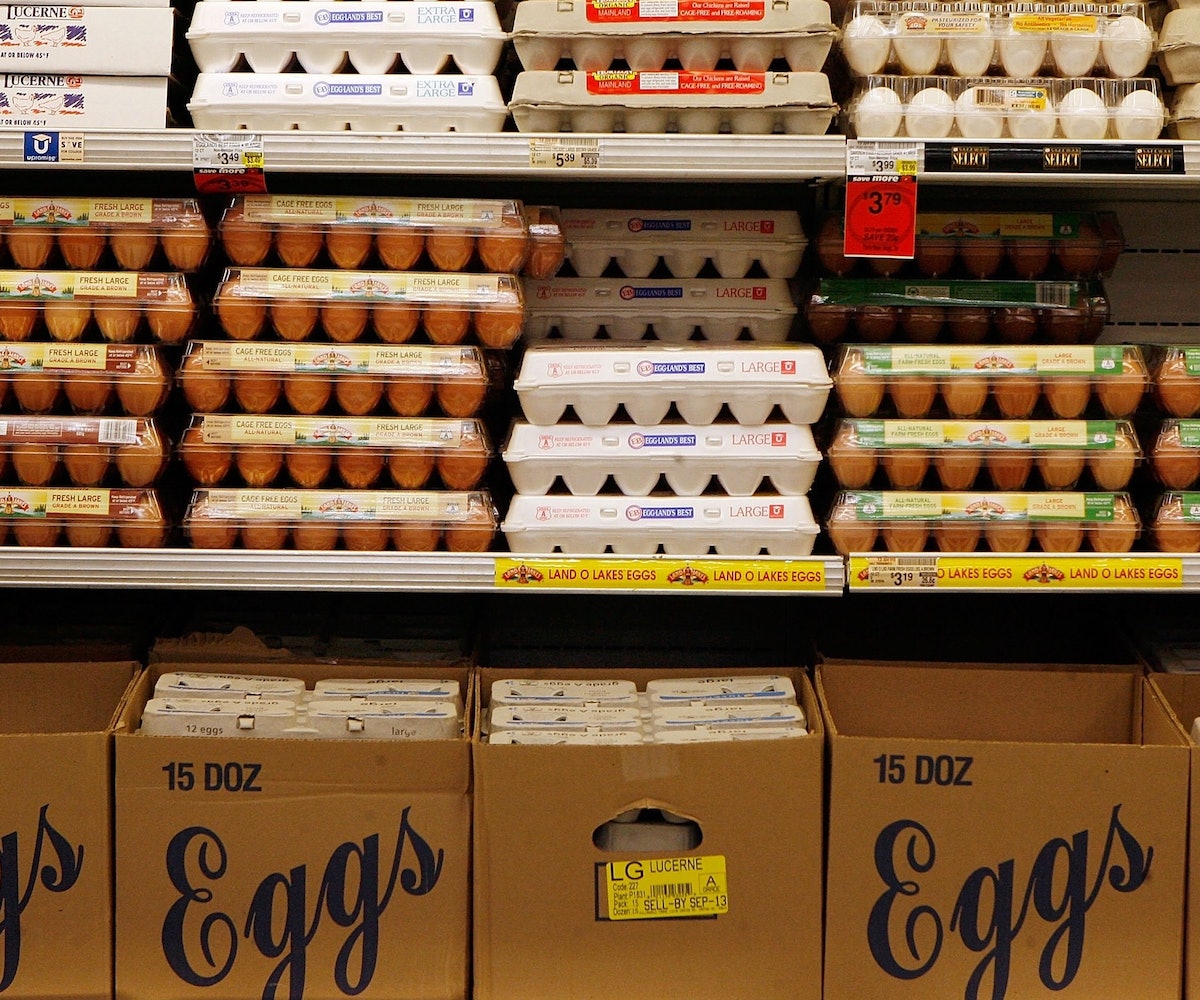 A new article posted to PETA's blog asserts that "you can't be an egg-eating feminist," arguing that we exploit females (chickens) for their eggs without paying them. As someone who doesn't even eat eggs, can I say this: What vegan nonsense is this?

The article, written by Michelle Kretzer, claims that women who eat eggs aren't feminists because they "take another female's eggs from her without a thought and readily pay money for her eggs, knowing that she was imprisoned, her reproductive cycle was controlled and manipulated, and she was forced to bear young on someone else's timetable." She attempts to equate human and chicken eggs and seems to believe that, since reproductive rights are at the center of debates for women's rights right now, we should be talking about chicken rights too.

The argument rests on the innate motherliness of chickens, and claims that farms treat them "as egg machines to be used, manipulated, and pushed beyond their biological limits in order to make money." And while the farming and the poultry industries at large are incredibly flawed and harmful to people and animals, it's simply unreasonable to equate egg-eating with feminist ideas (or lack thereof).

The article also brings up the abortion rights movement and the fight for women's rights to "prove" that female chickens are as disenfranchised as human women were before we were given rights: In fact, Kretzer says she thinks that arguments for "denying [female chickens'] basic rights" is "strikingly similar" to the rhetoric of people who think women shouldn't have rights.

Maybe we should work on securing the rights of all human women before we venture into this kind of territory.

NEXT UP
Culture
6 Shows To Binge Once You've Finished 'The White Lotus'
Astrology
February 2023’s Full Snow Moon in Leo Embraces The Real You
Astrology
How to Use Astrology to Access Past Lives
Astrology
Your February 2023 Horoscope Is A Breath Of Fresh Air
Style + Culture, delivered straight to your inbox.