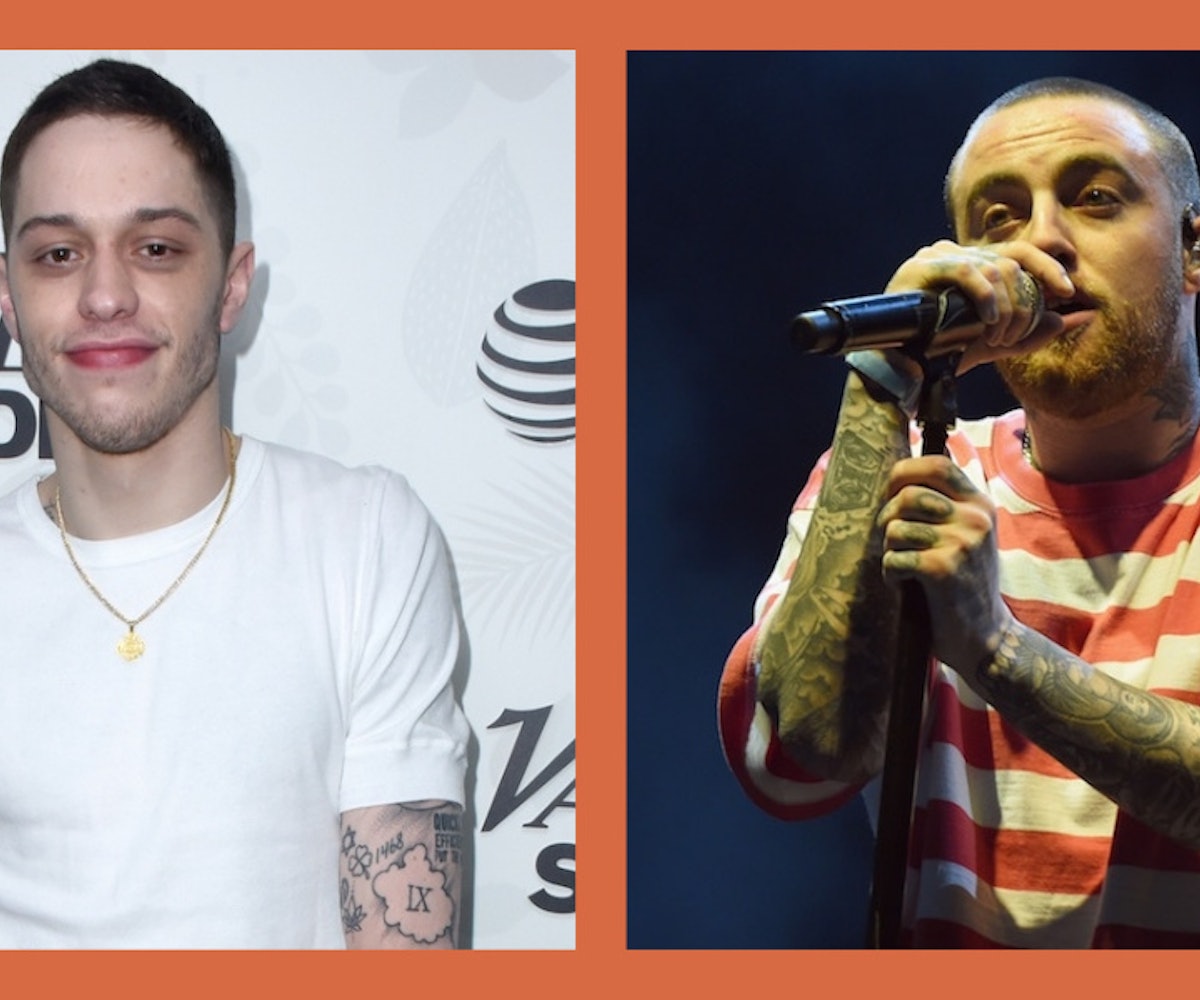 Pete Davidson may joke about morbid, traumatic things that have occurred within his own life and use his former relationship with pop star Ariana Grande as comedy material, but he definitely doesn't care for fans making tasteless "jokes" about Mac Miller's death during his set. According to a report by TMZ, when an audience member at the South Orange Performing Arts Center in New Jersey, where the SNL star was performing a set, interrupted Davidson's joke with mention of the late rapper on Monday night, Davidson had the individual removed.

"My friend died in my apartment," Davidson began to set up his joke, when the attendee yelled out, "Mac Miller?" Although heckling is pretty much never done with good intentions, this individual crossed a line with his inappropriate quip. According to TMZ, Davidson called the heckler a "fuck face," which seems apt, and refused to carry on his set until the person was removed and refunded. According to Entertainment Weekly, he said, "I'll leave… give him his money back and get him the fuck out. I don't deal with that shit at my shows." And he shouldn't have to.

Davidson was engaged to Grande—who had formerly dated Miller—at the time of Miller's accidental overdose last year. Just recently, Grande revealed how she mourned Miller's death while engaged to Davidson on her track "ghostin."