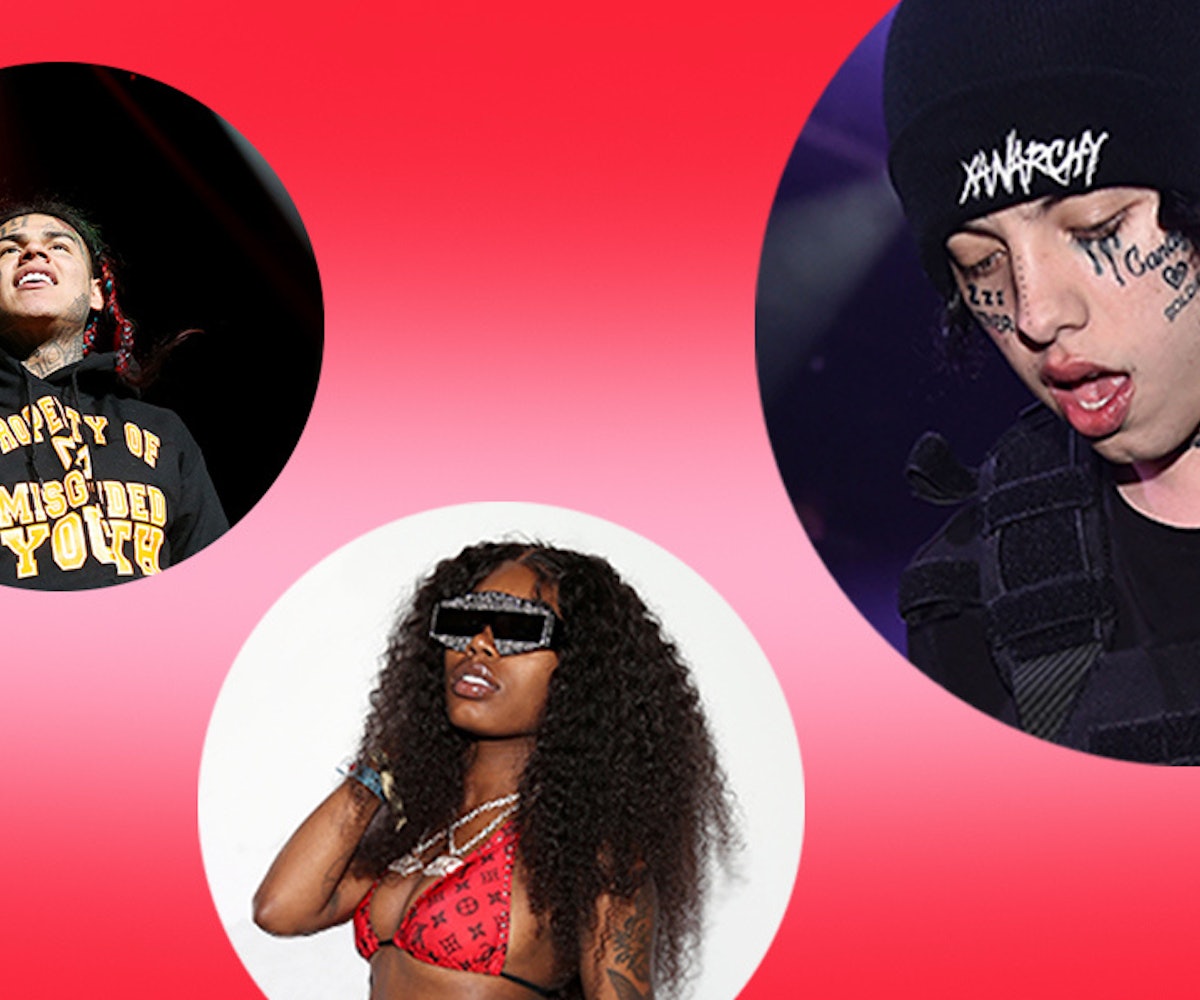 Let me be clear: It's not about explicitness, it's the artists they chose to tap to contribute to the project. If my partner ever hit play on a song that had Lil Xan repeating "She a bad hoe," I'd immediately put on a turtleneck and sweats and tell him to take a hike.

Even less sexy? Tekashi 6ix9ine, who pleaded guilty to the "use of a child in a sexual performance" and has been charged with assault, appears on the third track "LANES" with Lil AK. Just last week, Tekashi 6ix9ine's ex-girlfriend Sara Molina described his alleged abuse and rape in great detail. Any playlist or EP I'd want to listen to—especially on Valentine's Day—would at least have the decency to only include artists who respect women.

Check out the EP below, if you want. But if you're trying to set the mood and also not support abusers, I'd steer clear.

NEXT UP
The Art Issue 2022
From Renaissance To Gemini Rights: The Stories Behind 2022's Best Album Covers
Entertainment
Megan Thee Stallion Says A New Album & World Tour Is Coming In 2023
Entertainment
Molly Burch's New Christmas Songs Are Standouts Amid The Fluff
Entertainment
Precious Pepala Is Going From TikTok Covers To Her Own Resonant Songs