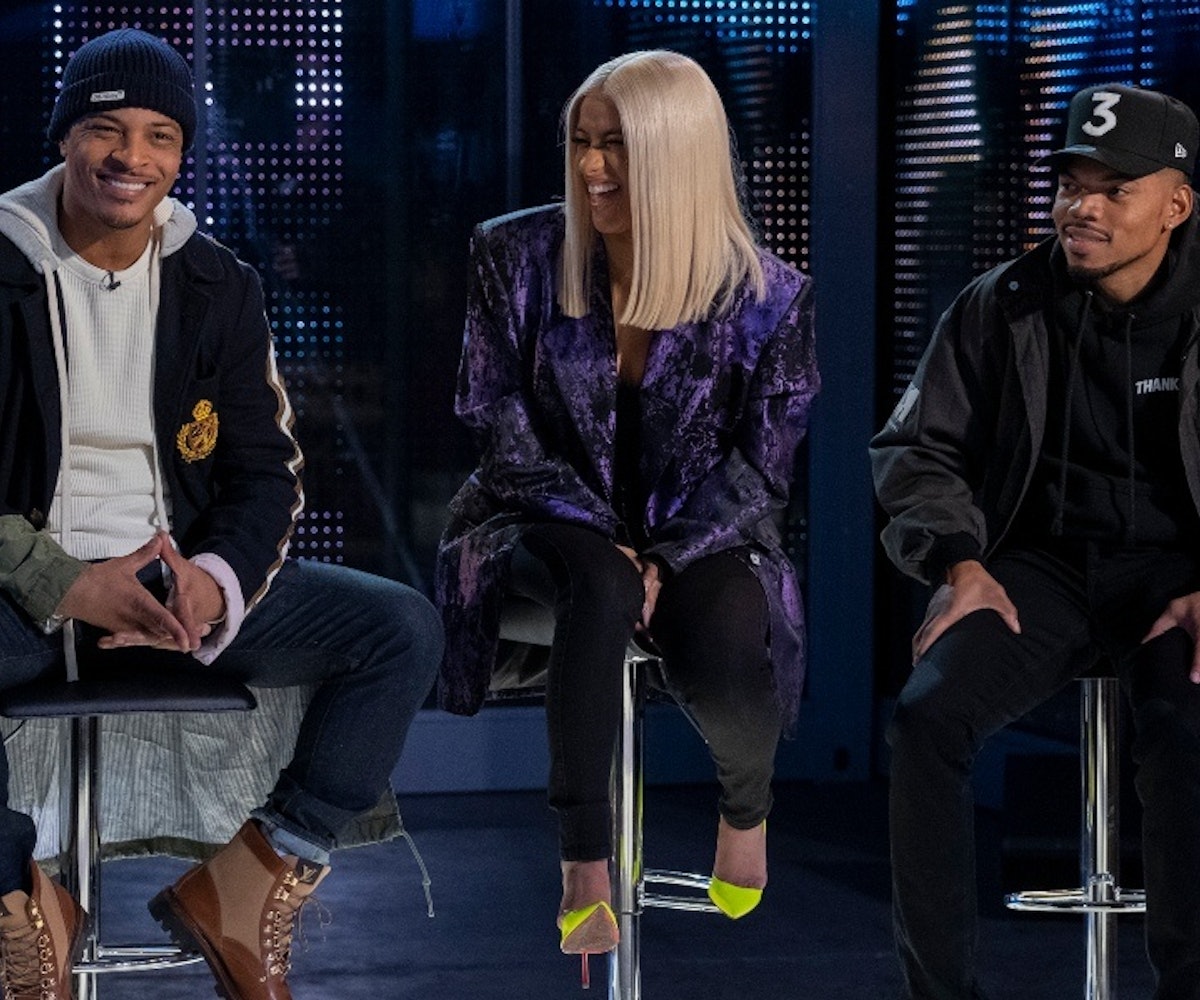 We've finally been blessed with a first look at Rhythm + Flow, Netflix's upcoming hip-hop competition series where local talents compete to show they have the skill and the heart to make it in the rap game. Auditions took place all over the country in Chicago, Atlanta, New York, and Los Angeles, and from the trailer, the contestants are clearly hungry for their chance to make music they're passionate about. However, it's the judges and coaches that are going to keep our eyes glued to the screen.

We already knew that Cardi B, Chance the Rapper, and T.I. had signed on as judges, but Rhythm + Flow is jam packed with celebrities who will be working with aspiring artists to get them in tip-top shape.

In under two minutes, the likes of Quavo, Teyana Taylor, Jadakiss, Fat Joe, Lupe Fiasco, the late Nipsey Hussle, DJ Khaled, Killer Mike, Twista, Royce Da 5' 9," and Jhene Aiko all make appearances. Cardi mentions taking her panties off in one scene and eats a strawberry on a private jet on another. Chance the Rapper is an excellent hype man, while T.I. shows his approval with intense stares. To quote my favorite uncle, Snoop Dogg, who also appears in the trailer: "This ain't the voice muthafucka!"

Check out the trailer below and you can stream part of Rhythm + Flow on October 9, wit new episodes dropping on October 16 and 23.