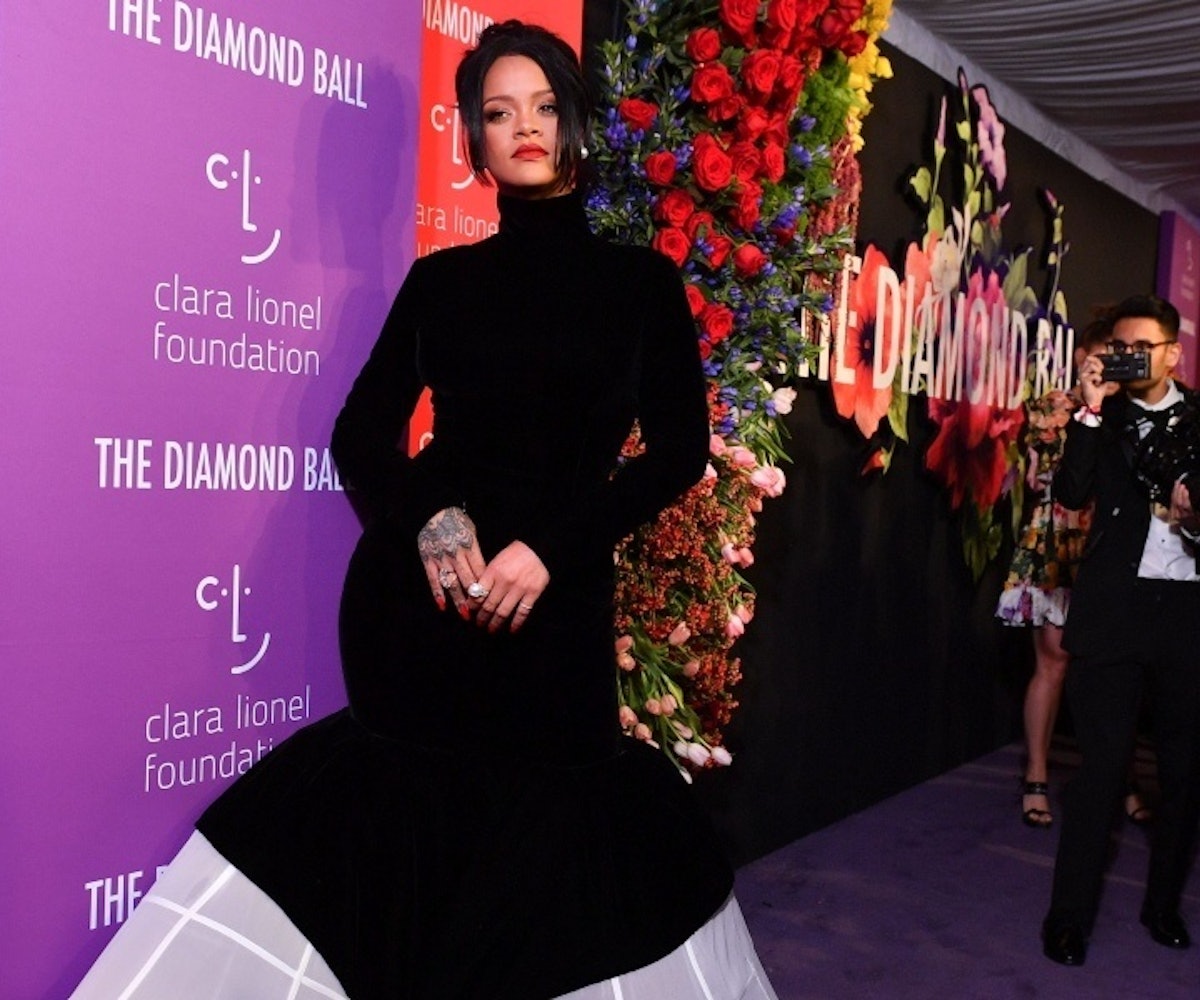 Last night was Rihanna's annual Diamond Ball. The gala, now in its fifth year, benefits the Clara Lionel Foundation which supports education, health, and emergency response programs globally, and sees a smattering of extremely wealthy and very famous people coming together for a good cause. Ahead of the event, Rihanna spoke to ESSENCE magazine on the red carpet and gave the outlet an earful on what being a Black woman means to her. Her comments will now sustain me for the rest of the day and into the weekend.

But the kicker came at the end, when Rihanna got overwhelmed at the thought of how awesome Black women are. "We're impeccable. We are impeccable. We're special and the world is just going to have to deal with that." And with that, she posed, handed the microphone back to interviewer, and sashayed away. Energy.

Check out the clip below.

NEXT UP
Entertainment
Who Will Rihanna Bring To The Super Bowl?
Entertainment
‘Euphoria’ Star Dominic Fike Is Going On Tour
Entertainment
Megan Thee Stallion To Host & Perform On 'Saturday Night Live'
Entertainment
Getting Ready With Pale Waves For Their 2022 New York City Concert