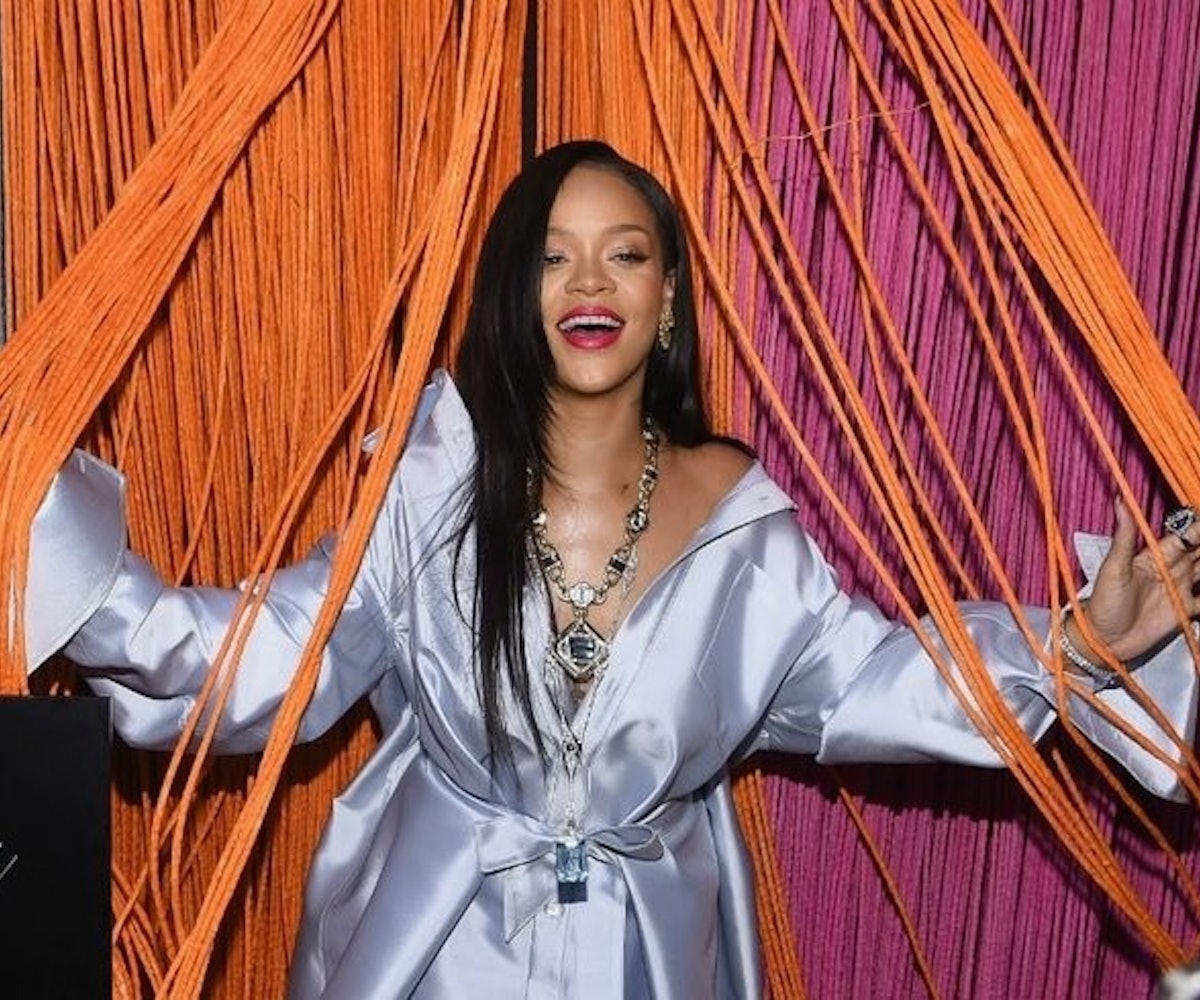 On the heels of Rihanna becoming the first Black woman to lead a major luxury fashion house with the release of Fenty, Forbes just reported Rihanna's net worth at around $600 million. This makes her the wealthiest female musician in the world.

Given that Rihanna works in music, acting, beauty, and fashion, it's not surprising that she's worth this much. But I was shook to find out that she's wealthier than some of my other faves. According to the article, she is followed by Madonna, who is worth $570 million; Céline Dion, who's working with $450 million; and Beyoncé, who is sitting on $400 million. So how did Bad Gal surpass everyone else on the money team?

Fenty Beauty played a major role according to the report. Owned by LVHM—the same company that oversees her new fashion brand and Sephora, the retailer that stocks the beauty product—Fenty Beauty generated an estimated $570 million. She also co-owns her Savage X Fenty lingerie line with TechStyle Fashion, an online fashion firm. These deals, in conjunction with her record sales and occasional acting roles, have helped Rihanna float right to the top of the earnings pool. With her ninth studio album on the horizon, her words in her 2009 single "Hard" have never rung truer: "That Rihanna reign just won't let up."

NEXT UP
Entertainment
Megan Thee Stallion Says A New Album & World Tour Is Coming In 2023
Entertainment
Everything We Know About SZA's New Album
Entertainment
RM's "Yun" & 9 Other New Songs Out This Week
Entertainment
Caroline Polachek Announces Album ‘Desire, I Want To Turn Into You’