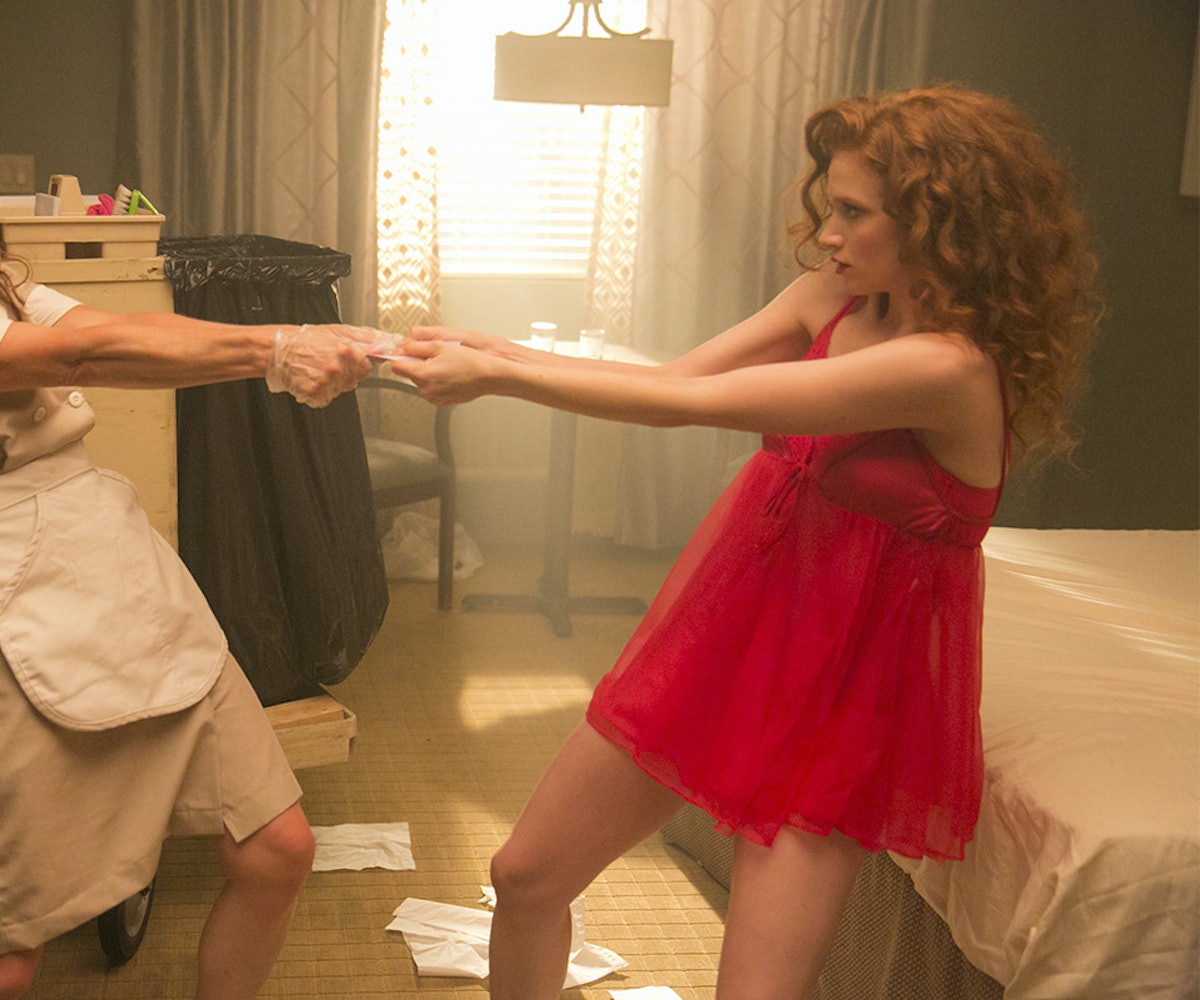 You're supposed to be scared this time of year. That's what fall is for: to look cute and indulge yourself with as much spooky stuff as you can before dealing with the happiness of the holidays. Film executives know it: The Lighthouse, From Hell, and Haunt are just a few of the upcoming releases designed to freak us out. And, Ryan Murphy definitely knows it, since American Horror Story has dominated my fall television commitments for the past eight years or so. But, HBO's Room 104 is my new creepy fixation, and I want everyone to be paying more attention to it.

Created by brothers Mark and Jay Duplass, Room 104 is about a mysterious motel room that acts as the primary setting for the entire show. It's an anthology series that switches up eras, characters, and genres in every single episode. Think: American Horror Story-meets-Netflix's Black Mirror, but condensed into 30-minute installments. Despite the short format, every episode is a different kind of mindfuck, often relying on supernatural or other surreal elements to push the boundaries of what viewers might expect.

To give you an idea about the show's insane range: In the premiere episode, "Ralphie," a woman is hired to babysit a young boy in the room overnight. He keeps talking about Ralphie, a sinister imaginary friend who he says is locked in the bathroom. Only, it turns out Ralphie isn't so imaginary and disaster ensues. Then there's "Pizza Boy," in which a delivery guy is stuck in the middle of a lover's quarrel that turns into full-on sexual exhibitionism. Whereas "Ralphie" is suspenseful and scary, "Pizza Boy" forgoes terror for some campy what-the-fuck-is-happening vibes. In "Voyeurs," a housekeeper encounters her younger self, and they tell an entire story through interpretive dance; and two MMA fighters beat each other beyond recognition in "The Fight." Cannibalism, writer's block, ghosts, repressed sexuality, and androids are all fair game in this series.

The Duplass brothers have also managed to snag some of the best talent around for Room 104. In Season 2, Bryan Tyree Henry stars in "Arnold," a full-on musical where he recounts meeting a woman at a bar. Oscar-winner Mahershala Ali is a pool shark with a creepy smile and a sketchy business model in "Shark," and Judy Greer goes on a Tinder date in "Swipe Right."

Room 104 explores the human condition using a string of the most extreme scenarios. It forces viewers to ask themselves a series of hard questions, and it's bound to give you nightmares, either of the terrifying or anxiety-driven variety. Season 3 of Room 104 premieres tonight, and I have no clue what to expect in terms of specific storylines, but I know to be ready for anything.