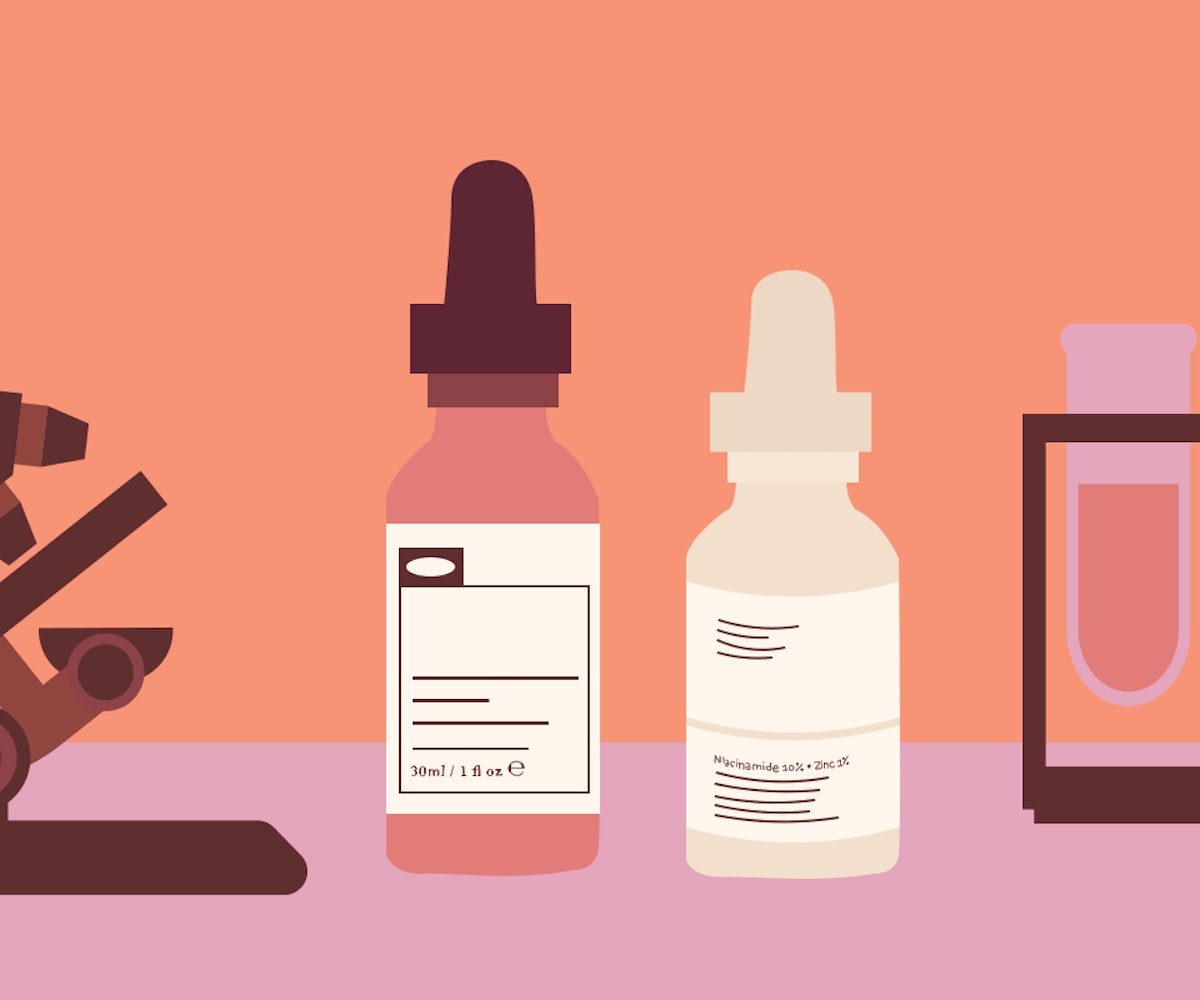 It's a truth universally acknowledged that a person in possession of skin must be in want of a skin-care regimen. In other words, we all know that skin care has become a thing. And by "a thing," we mean it's set to become an 18 billion dollar industry by 2025. If you're not into skin-care these days, then you at least feel the invisible pressure to start dipping your toe in it—lest you be left behind, unmoisturized and unprotected from the sun's rays. With market growth—new brands crop up every day—comes innovation, both actual and alleged. And so while the internet still quakes at the release of a particularly exciting lipstick, a newfound serum promising glowing, clear skin is enough to put a brand on everyone's radar—sometimes seemingly overnight.

At this point, it's normal for dinner conversation to evolve into a swapping of skin-care tips, everyone sharing what "actives" they're currently testing or "getting used to"; we all nod excitedly at the words "hyaluronic acid" and speak with casual expertise about the difference between AHAs, BHAs, and PHAs as we evangelize about the benefits of chemical exfoliation. Five or 10 years ago, this would've felt out of place—many of us were still using walnut face scrubs after all—but now, not having a skin-care routine feels like not having a Tamagotchi in the third grade: lame.

But the preoccupation makes sense. It's an emotional, almost spiritual experience to finally get your skin to "a good place," and it's empowering to mix and match products and see real results. It's why skin-care enthusiasts obsess over actives and percentages like makeup lovers obsess over eyeshadow palettes, vying for the most concentrated, "clean" formulas. It's why people slide into the DMs of the glowy-skinned, hoping for a glimpse into their routines, visions of their own luminous, glassy complexions hazily looming in the distance. A product repeated often enough will achieve cult-like reverence, turning the names of active ingredients into buzzwords, and fostering fanatics who "swear by" certain acids for their skin.

Of course, there's a dark side to this too. At this point, ingredient lists can make or break a product, leading many brands to ban certain chemicals from their formulations altogether. Sulfates are out, mineral oils and parabens are, too. Many consumers can't articulate exactly why these ingredients are "bad," but the mention of these supposedly sinister additives deem products unworthy of a spot on any Instagrammable vanity.

Never mind the fact that good skin is often a case of genetics roulette, or that hyaluronic acid has been in products for a long time—skin care, and having more-than-basic knowledge about it, has become a form of cultural currency; a signal that you're paying close attention to yourself, even if that doesn't go much further than the surface of your skin. The most dedicated corners of the internet feature heavily documented routines—like reddit's SkincareAddiction, where redditors share elaborate rituals designed to address a host of skin-care issues. A recent post on the subreddit featured a detailed graphic of skin-care products the poster was using in an attempt to both address over-exfoliated skin and their acne and hyperpigmentation. The graphic featured a cocktail of 14 different products—their hero ingredients called out in neat lines. Many are instantly recognizable to an intermediate skin-care enthusiast—niacinamide, ceramides, peptides—while others, like n-acetyl glucosamine, feel next-level. That next level, achieved by the dedicated few, has become a space where an ingredient list reads like a subway ad and you can easily cocktail your skin into glassy, poreless submission. Or so the logic goes.

Obviously, it's much more complicated than that, but that hasn't stopped skin care—both the brands and the community that surrounds it—from taking a turn toward the scientific, whether that's ultra-customized skin-care brands, products that look like literal lab equipment, or entire lines that claim to be "scientific" or "backed by science." But how "science-based" are brands really? It's hard to tell, and that's the problem. Skin care (minus sunscreen) goes largely unregulated by the FDA, and it's often up to brands to create their own standard of excellence. And to be fair, lots of brands do. Whether they test in FDA-approved labs, spend years formulating the perfect eye cream, do clinical trials, ban thousands of products from their ingredient lists, or work with world-class doctors and dermatologists, there's definitely a standard in place, but it isn't universal, nor is it a requirement. It also doesn't mean that any of these products are guaranteed to do, well, anything. But that doesn't stop brands from making claims that can't be substantiated or consumers from latching onto ingredients that seem like a magic fix.

This has been appropriately named "sciencewashing." The term appeared in a reddit thread posted by user YogaNerdMD in 2016, who described it as "products positioned to appeal to the novice scientist." Instagram's favorite science educator (known to her 100K+ followers as @labmuffinbeautyscience) also weighed in on sciencewashing more recently on her blog, and echoed many of YogaNerdMD's concerns. In addition to overinflated science-y terms, Michelle points out that products will use science in areas where it isn't applicable or make claims outside of what studies show.

Although the term is fairly new, "sciencewashing" is a modern iteration of scientism,often called pop science or pseudoscience, and has made its way into the ingredient-obsessed skin-care space. This obsession with ingredients isn't new. Before everyone learned how to differentiate between glycolic and lactic acids, there was an obsession with "organic" and "natural" products. The preoccupation with buying organic, eco-friendly, and natural products soon became a marketing ploy, and a way for companies to capture the eco-conscious consumer without providing data to back it up, aka "greenwashing." It isn't a recent phenomenon—the term has been in use since the 1980s—and the FTC released "Green Guides" to address it, which provide guidance for consumers about environmental marketing claims. Science-y skin-care brands and the community, have yet to experience the same reckoning.

Will they? Possibly. The FDA recently released a study on sunscreens and its ingredients, so other areas of skin care might not be far behind. In the meantime, it's up to brands to be responsible and the community—editors included—to keep them honest, even if it means leaving absolutes behind.