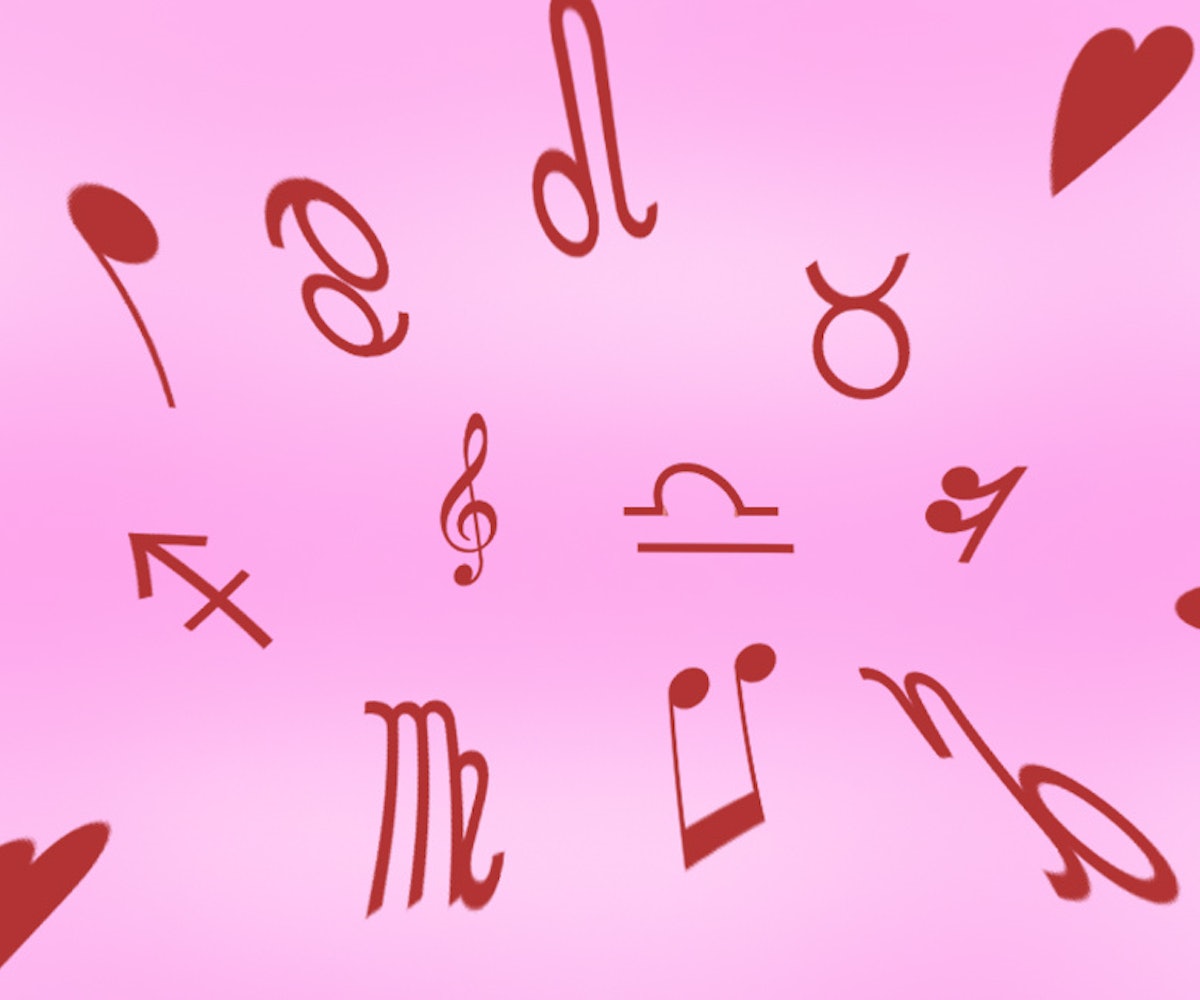 As we've outlined before, music is essential to setting the mood, but what mood you're looking for varies person by person. A Pisces likely isn't going to want to get down to the sex song of an Aries and vice versa; they operate on different sexual planes. To help everyone find their best mood-setting music, we've gathered some sex songs organized by sign.

We call them sex songs because they're songs that conjure up lusty feelings, but you don't have to have sex to them. They're mostly songs we think embody the sexy nature of that sign. We're also not saying if you play this song while trying to court your Libra crush that they'll automatically fall into bed with you. But, hey, it might help. So, while Valentine's Day might've passed, there's still a month until spring. As the snow falls outside, we highly encourage getting hot and heavy indoors.

Aries: Marvin Gaye, "Let's Get It On"

Aries are the aggressors of the Zodiac. There's no need to beat around the bush with this bunch, they know what they want and they get what they want. So, go at it and get it on however and whenever you please.

Taurus: The Weeknd, "What You Need"

You have to use all your senses with a Taurus. They like bubble baths and Instagram-worthy aesthetics, nice-smelling perfumes, and good food. As far as music is concerned, The Weeknd (mixtape Weeknd, not mainstream Weeknd) and his sensual singing have got you covered.

A sensitive sex song for a sensitive soul. Who else but these hopeless romantics would be at heaven's gate begging God to let in their boyfriend? Yes, love—and hopefully love-making—exists in the afterlife. At least for Cancers.

Virgos are the astrological virgins, but that doesn't mean they're innocent. They're just old-fashioned, so they need something that's as classic as they are. Plus, if they're having sex with you, they're probably committed, so the messaging here is apt.

Libra: Nicki Minaj ft. Ariana Grande, "Get On Your Knees"

A Libra may give off mixed messages sometimes, but, if you're lucky enough to get these flirty teases in bed, you're in for a treat. Just know that when a Libra tells you to get on your knees, you should listen.

Scorpio: Rihanna, "Sex with Me"

Truly only Scorpios would gravitate toward a song about how amazing it is to have sex with them. This sex-crazed sign knows how to have a good time—just try not to be surprised if they don't stick around afterward.

A Sagittarius needs a tune as upbeat and adventurous as them. Charli XCX's "Vroom Vroom" is fun with a hint of freaky.

Capricorn: D'Angelo, "Untitled (How Does It Feel)"

Capricorns aren't good with expressing their emotions, so they need something that's overt and doesn't require them to initiate anything—like this song, which, as soon as you put it on, the message becomes obvious. It's saying: Let's do this thing and let's do it now, because a Capricorn's time is precious and limited.

Aquarians are quirky and mysterious, but one thing to know about them is they believe in true love. Like, deeply. And before we symbolically canceled him, Justin Timberlake did love songs very well. We think the second half of this song will appeal more to the Aquarian soul but, honestly, the whole track is worth playing.

Pisces are deserving of something soft to soundtrack their tender love-making. The lyrics for this track read like poetry: "I'm a fool for that shake in your thighs/ I'm a fool for the sound in your sigh," and will pander right to the dreamy sign that feels everything.