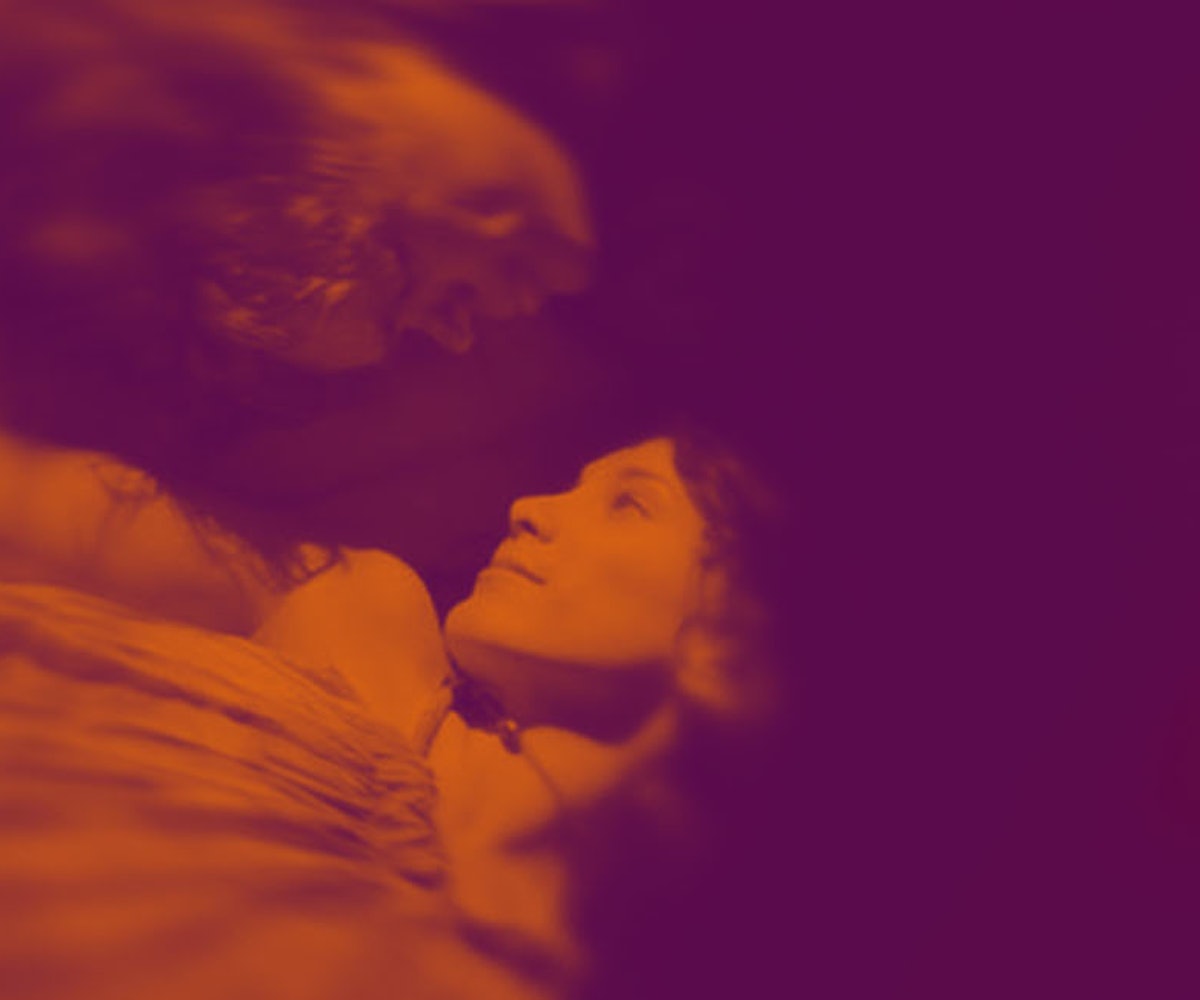 When Tyrion Lannister (Peter Dinklage) murders his father Tywin (Charles Dance) in Season 4 of HBO's landmark fantasy series, Game of Thrones, it's a heavy moment. The violent act is the culmination of a lifetime of parental abuse ranging from the verbal to the sexual, but, visually, emotionally, and thematically, the real climax of the episode takes place in the scene just before. After having broken into his father's rooms, Tyrion—who had just been found guilty of a murder he had not committed—finds his former lover, Shae (Sibel Kekilli), in Tywin's bed. Tywin had been the one to pass sentence on Tyrion; Shae had been one of the star witnesses, testifying to Tyrion's guilt. Tyrion strangles her on the spot, then sits spent and breathing hard beside her corpse in a shot composed as a grisly mirror of another scene, much earlier in the series, that depicted the lovers lying in bed in domestic bliss.

Shae was a prostitute, one of many in the show's ensemble. Game of Thrones is perhaps the highest-profile show to feature sex workers with names and inner lives since Deadwood went off the air in 2006. Like many of the sex workers on Game of Thrones, Shae lived a life of constant peril, caught between people with enormous power and little regard for her personhood. The show never loses its sympathy for Shae—nor does the audience and through the focus on Shae and women like her, Game of Thrones has helped to open up a broader space for cultural discussions around sex work and the transactional nature of many sexual dynamics outside prostitution.

In Game of Thrones' depictions of what it takes to survive through sex work; its exploration of the vilification of sex workers by their clients, loved ones, and oppressors; its complicated rendering of the far blurrier line between sex work and "normal" sex than the sharp divide we picture, Game of Thrones locates the precarity and humanity of life as a prostitute. If the show has sometimes discarded its sex workers for the sake of ratcheting up tension or approached their lives through a trashy, titillating lens, on the whole, it foregoes shopworn ideas of what prostitutes are like in favor of treating them much as it does its other characters. They are given space to laugh, to sneer, to love and hate and fail and mourn. By telling sex workers' stories, the show encourages viewers to place themselves in their shoes, to reflect on the ways our lives and our relationships to sex relate to theirs.

Marriage in the world of Game of Thrones is a political institution, a means of joining noble families together and shaping the governance of the Seven Kingdoms. Participants often have little or no say in the selection of their spouse, and even the wedding night itself is a social affair, guests permitted by tradition to undress and hoist aloft the bride and groom before cheering on the consummation of their marriage. In Cersei Lannister's (Lena Headey) relationship with her physically and sexually abusive husband King Robert (Mark Addy), and Sansa Stark's (Sophie Turner) with her second husband, Ramsay Bolton (Iwan Rheon), we see the ways in which marriage enables sexual exploitation of women, removing even the nominal control of a sex work arrangement and permitting men unrestricted access to their wives' bodies.

During Sansa's brief first marriage, Tyrion's refusal to engage in the wedding night bridal rape ritual of "bedding" is treated as shameful and weak by the rest of the court. Sansa's second husband lacks Tyrion's forbearance, and Khal Drogo (Jason Momoa) doesn't hesitate to rape the future queen and conqueror Daenerys (Emilia Clarke) on their wedding night. Daenerys' sale into sexual servitude is a key part of her character development and her deep antipathy toward rape and slavery, as well as her eventual recreation of much of the systemic violence that shaped her own life. At a moment in time when a recent survey found a quarter of U.K. adults think marital sex without consent doesn't count as rape, it's vital to think critically about the reasons we condemn sex work while ignoring the sexual labor routinely expected, even demanded of women in heterosexual relationships.

The show's depictions of sex work as a complex experience for both clients and workers positions paid sex on the same continuum with other sexual encounters. Shae's relationship with Tyrion is paid, but unquestionably genuine. At one point she refuses a substantial payoff from eunuch spymaster Varys (Conleth Hill) in order to remain near her lover, even at great risk to her life. Oberyn Martell (Pedro Pascal) and Ellaria Sand (Indira Varma) enjoy an uninhibited relationship with various prostitutes. King Joffrey's (Jack Gleeson) use of sex workers as props in his sadistic fantasies, while nauseating, is not presented as different from what men like Ramsay Bolton do to the women whose lives they control.

Hand in hand with the show's normalization of paid sex, and its even-handed treatment of the many similarities between sex work and other social institutions like marriage and courtly love, is its humanization of sex workers themselves. From country prostitute Ros' (Esmé Bianco) ill-fated attempt to escape poverty by working as majordomo to scheming pimp Littlefinger (Aiden Gillen), to Meereenese sex worker Vala's (Meena Rayann) participation in the resistance against Daenerys' occupation of her city, the show seldom introduces sex workers without at least touching on what motivates and interests them.

In a scene derided as "sexposition" at the time of its airing, Viserys Targaryen's (Harry Lloyd) bed slave Doreah (Roxanne McKee) expresses sadness at knowing she'll never see a dragon—and more interest in their history than in her duties to her owner. If read as a study of Viserys' narcissistic sex life, it's not much of a scene, but when considered in the same context as the thoughtful shots of rank and file soldiers exchanging nervous glances during Robb Stark's (Richard Madden) crowning as King in the North at the end of the first season, it takes on new layers of meaning. Our glimpses into the minds of the show's commoners reveal the truest expressions of what it's like to live in a world we experience mostly through the eyes of hereditary nobility. Doreah's fantasies—first of seeing a dragon, then of being one—are the real point of the interaction, a window to her frustrated helplessness and futile desire to live invincibly.

"Cities make me want to fuck," says Shae when Tyrion brings her to the Westerosi capital, King's Landing, in the show's second season. She looks out from their balcony with hungry excitement, remarking with relish on the way the city's earthy, sensual stink excites her. For a television show to present us with the inner life and preferences of a sex worker is a low bar to clear, and that Game of Thrones does so speaks less to its boldness than to the rest of the medium's cowardly disregard for sex workers. But, the show's solid workmanship in characterizing its prostitutes provides a clear path forward for the genre fiction already growing in its shadow.

During my two-year stretch as a sex worker, the sex workers on shows like Deadwood and Game of Thrones and in movies like Boogie Nights helped to give me a sense of myself as part of something human, vibrant, and real. Sex workers are people first and foremost, and in spite of all the ire Game of Thrones draws from viewers and critics convinced it's using women's bodies to sell medieval softcore, the humanity of sex workers is an essential fact Game of Thrones has taken pains not to forget. Even as the show's story has broadened and its focus has drifted away from sex work, touches remain, like Missandei's (Nathalie Emmanuel) memories of being forced to play sexual games by her former master and the melancholic emotional vulnerability of castrated Unsullied soldiers paying prostitutes to hold them gently in their arms. Sex is an ever-changing thing, ugly and intimate, tender and painful, and the people who learn it as their trade are just as multifaceted. Art like Game of Thrones teaches us to remember that.