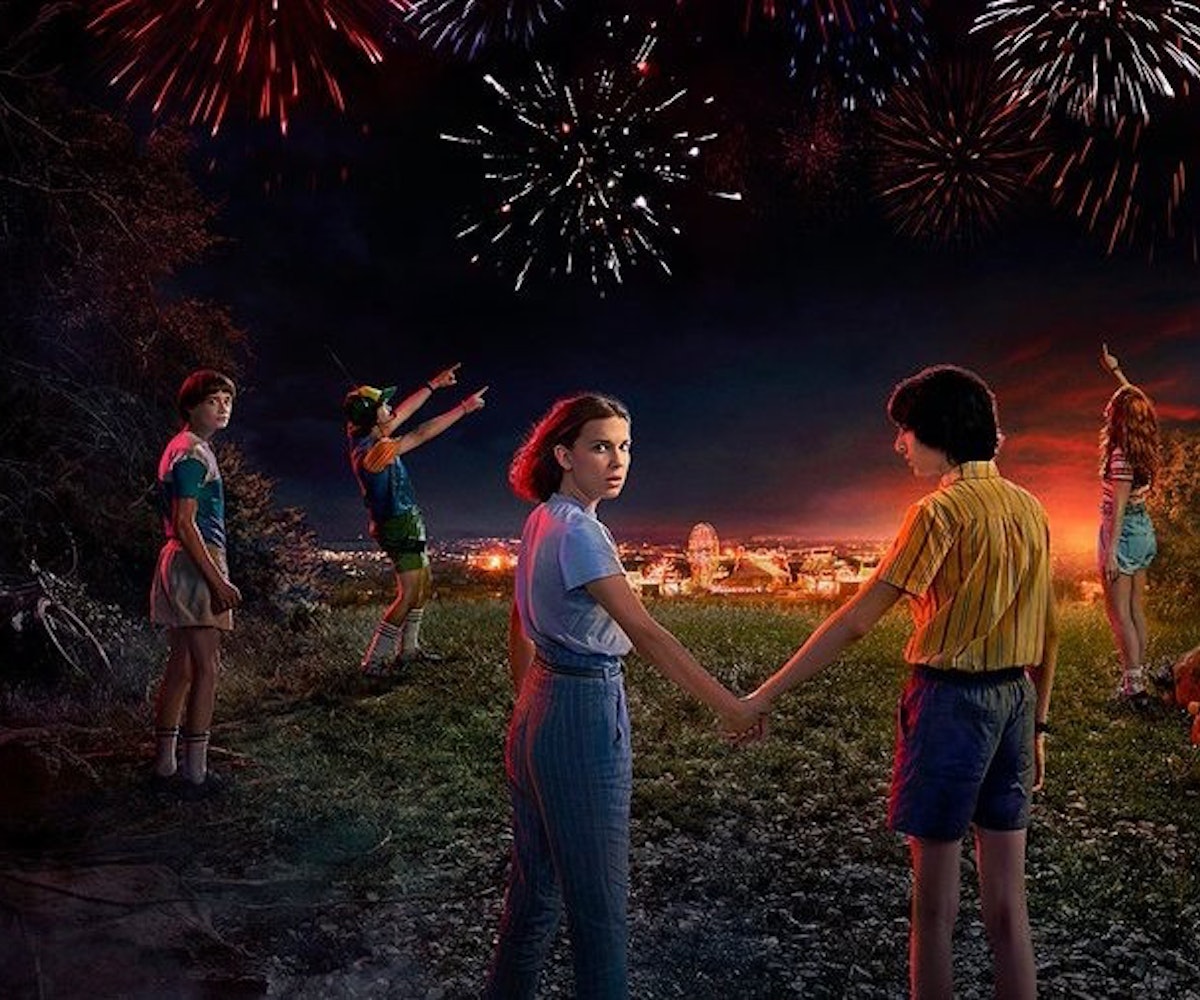 The premiere date for Season 3 of Stranger Thingshas been revealed, and thankfully we won't have to wait until Halloween to go back to Hawkins, Indiana. The new season will drop on Netflix on July 4, almost two years after the second season came out.

The announcement came on New Year's Eve, with a fake broadcast of "Dick Clark's New Year's Rockin' Eve" from 1985. As the host counted down the seconds into the new year, footage of the ball dropping was flipped upside down, and then replaced with a cryptic message that "one summer can change everything," followed by the release date.

A poster for the third season was also released, showing the gang posing in front of a fireworks display. Front and center, Eleven (Millie Bobby Brown) and Mike (Finn Wolfhard) hold hands, but Eleven seems to be focusing on a sinister presence behind her instead of the fireworks.

Unlike the first two seasons of the show, which were set during the fall months, this season will be set in the summer during a school break. But other than the episode titles, we know very little about what the third season and the kids' summer break has in store.