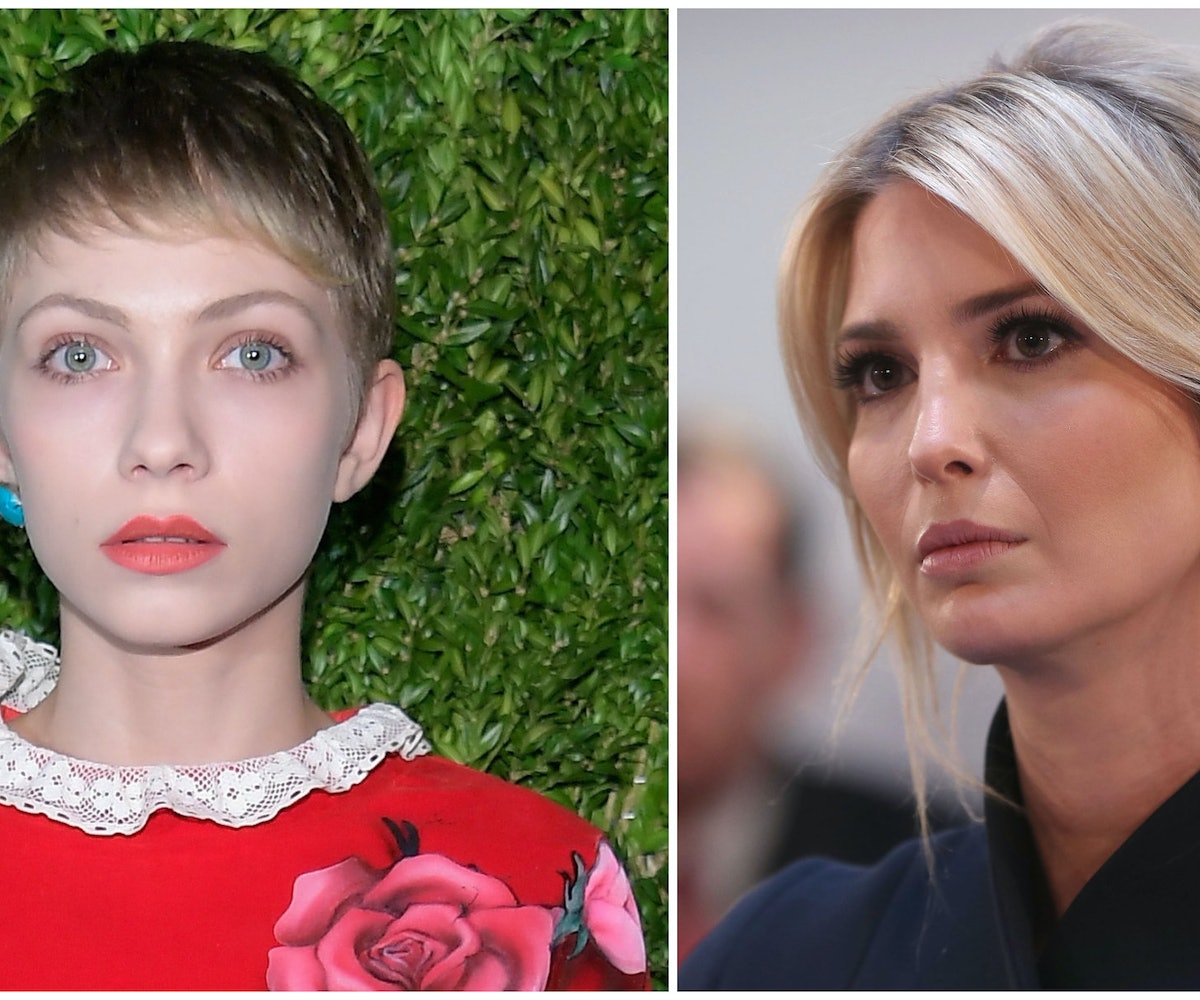 Gevinson's video starts off by playing Trump's original clip, but then segues into Gevinson standing in front of a TV screen depicting, not the Kloss-hosted Project Runway, but the earth in flames. At first, Gevinson's intonation is mockingly similar in tone to Trump's bizarre squeals and throaty laughter. But then Gevinson goes off-script—saying that she's "short-circuiting"—and reveals Trump's video's subliminal messaging.

"Women supporting other women. Oh, women supporting other women by supporting me," Gevinson says, faux empathy radiating from her face. It's a simple enough satire, but it's also devastating and effective. It demonstrates everything wrong with Ivanka Trump's embrace of feminism as a means to make money for herself. It also reminds us that Gevinson is a great actor and that we want to see her doing comedy. That will give us something to look forward to as the earth goes up in flames.

NEXT UP
Beauty
September 2022’s Best Beauty Launches Will Keep You Cozy And Cute Throughout The Fall
Beauty
Meet The Beauty Pros Who Keep It Girls Looking Like It Girls
Life
On Repeat: Vaquera’s Away Collaboration Is Brought To You By Britney Spears B-Sides
Life
Away’s Second Designer Collection Will Have You Traveling In Style