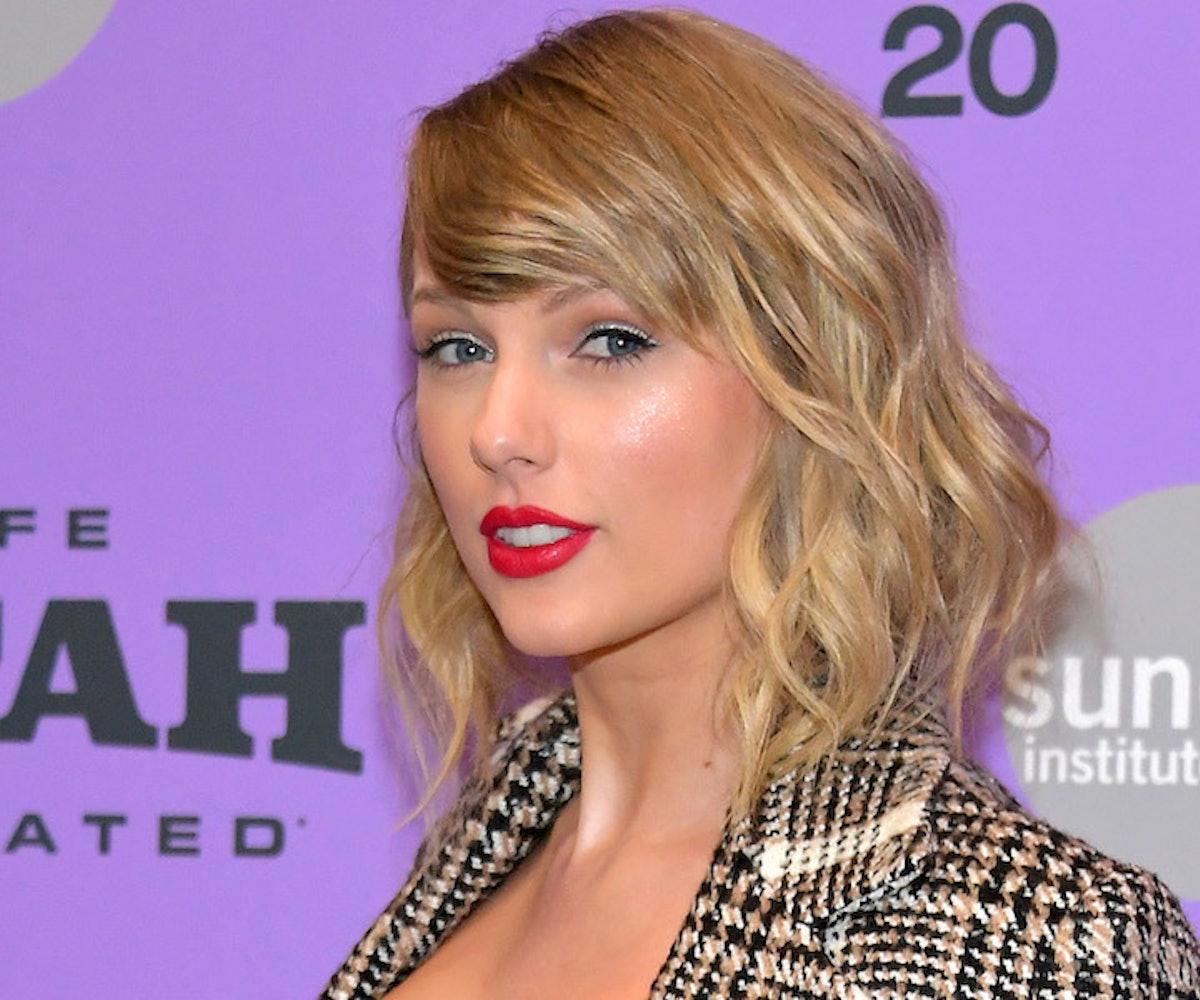 Taylor Swift has opened up about her struggles with disordered eating and body image in her new documentary, Miss Americana,which premiered on Thursday evening at Sundance Film Festival. In an exclusive interview with Variety, ahead of the film's widespread release, Swift details how growing up in the public eye and paparazzi affected how she felt about — and treated — her body.

Per Variety, during the documentary, Swift states in voiceover that "it's not good for me to see pictures of myself every day." She continues, "it's only happened a few times, and I'm not in any way proud of it," but admits to having seen "a picture of me where I feel like I looked like my tummy was too big, or... someone said that I looked pregnant... and that'll just trigger me to just starve a little bit — just stop eating."

"I thought that I was supposed to feel like I was going to pass out at the end of a show, or in the middle of it," she adds within the documentary. "Now I realize, no, if you eat food, have energy, get stronger, you can do all these shows and not feel (enervated)." Trying to bend to public criticism and expectations, Swift says, caused her to "go into a real shame/hate spiral." She says, "If you're thin enough, then you don't have that ass that everybody wants," she says in the film. "But if you have enough weight on you to have an ass, your stomach isn't flat enough. It's all just f—ing impossible." Her critics were not just limited to tabloids and trolls — notably, in 2014, EDM artist Diplo started an online fundraiser to "Get Taylor Swift A Booty," campaigning on Twitter to his fans.

In the interview, Swift goes into depth about how photoshoots and tabloids took a toll on her relationship with her body. She says,

I remember how, when I was 18, that was the first time I was on the cover of a magazine, and the headline was like "Pregnant at 18?'"And it was because I had worn something that made my lower stomach look not flat. So I just registered that as a punishment. And then I'd walk into a photo shoot and be in the dressing room and somebody who worked at a magazine would say, "Oh, wow, this is so amazing that you can fit into the sample sizes. Usually we have to make alterations to the dresses, but we can take them right off the runway and put them on you!" And I looked at that as a pat on the head. You register that enough times, and you just start to accommodate everything towards praise and punishment, including your own body.

Now, Swift says she is comfortable with "the fact that I'm a size six instead of a size double-zero," and is not bothered by comments on her weight gain.

Read the full interview here. Miss Americana will be available to stream via Netflix on January 31.

NEXT UP
Culture
The Madonna Biopic Is Being Scrapped
Entertainment
Taylor Swift Sparkled In Midnight Blue On The 2023 Grammys Red Carpet
Culture
Senators Quoted Taylor Swift During Ticketmaster’s Hearing
Culture
Kaia Gerber Won’t Stop Until She’s Cast As Patti Smith In A Biopic
Style + Culture, delivered straight to your inbox.