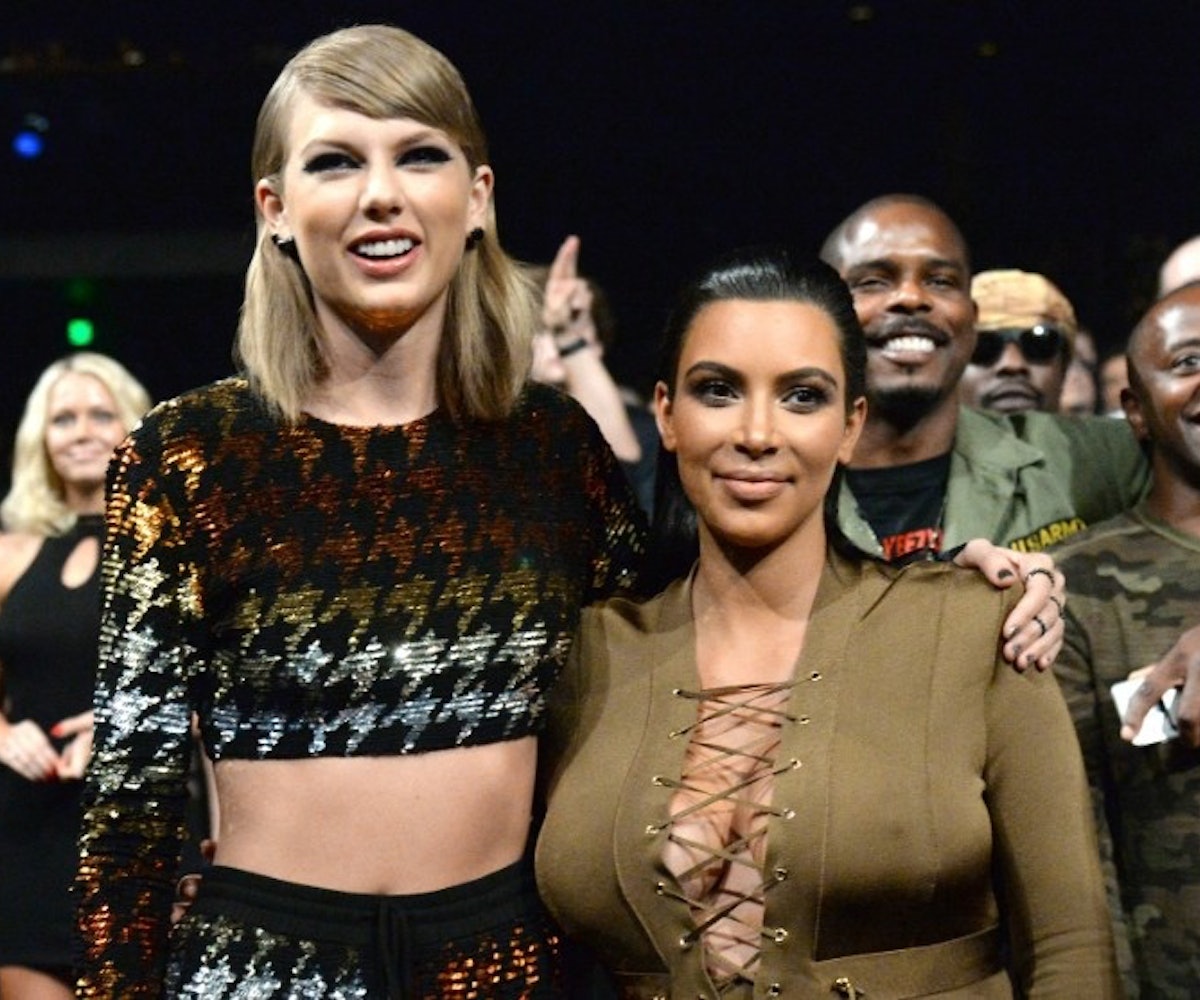 The world is in a time of crisis. Regardless, Taylor Swift and Kim Kardashian/Kanye West are still sorting out their 2016 drama thanks to the leak of the full recorded phone call between Swift and West over his song "Famous."

Back when Kardashian leaked clips of the phone call to her Snapchat, Swift and her team claimed that West never mentioned his use of the word "bitch," warned him about the misogynistic tone of the song, and that he also asked her to post it to her social media. In the newly released full video, Swift's claims appear to be proven correct as West is seen asking her about promoting the song and never runs the word "bitch" by her.

While the story could have ended there, both parties decided to comment. Swift posted to her Instagram story on Monday night, writing, "Instead of answering those who are asking how I feel about the video footage that leaked, proving that I was telling the truth the whole time about *that call* (you know, the one that was illegally recorded, that somebody edited and manipulated in order to frame me and put me, my family and fans through hell for 4 years), SWIPE UP to see what really matters."

She then linked to a donation page for Feeding America.

Shortly thereafter, Kim Kardashian blasted Twitter with her own take.

"@taylorswift13 has chosen to reignite an old exchange - that at this point in time feels very self-serving given the suffering millions of real victims are facing right now. I didn't feel the need to comment a few days ago, and I'm actually really embarrassed and mortified to be doing it right now, but because she continues to speak on it, I feel I'm left without a choice but to respond because she is actually lying," she wrote. "To be clear, the only issue I ever had around the situation was that Taylor lied through her publicist who stated that "Kanye never called to ask for permission..." They clearly spoke so I let you all see that. Nobody ever denied the word "bitch" was used without her permission."

"At the time when they spoke the song had not been fully written yet, but as everyone can see in the video, she manipulated the truth of their actual conversation in her statement when her team said she 'declined and cautioned him about releasing a song with such a strong misogynistic message,'" she continued. "The lie was never about the word bitch, It was always whether there was a call or not and the tone of the conversation."

She finished with: "This will be the last time I speak on this because honestly, nobody cares. Sorry to bore you all with this. I know you are all dealing with more serious and important matters."

Swift's publicist then posted her own tweet, attaching her original statement from 2016.

"I'm Taylor's publicist and this is my UNEDITED original statement. Btw, when you take parts out, that's editing," she wrote, adding, "P.S. who did you guys piss off to leak that video?"

Swift's close friend and collaborator Todrick Hall then dissected Kardashian's response on Instagram, calling her a "self absorbed, entitled, stubborn little queef" while doing so. He also referenced the infamous Ray J sex tape, saying Kardashian has spent her career "publicly documenting [her] vagina," which has already been met with backlash for being slut shaming.

So far, Kanye West himself has yet to comment, but based on the current cast of characters who have, it doesn't seem out of the realm of possibility for him to chime in. Though to be clear, he does not need to.