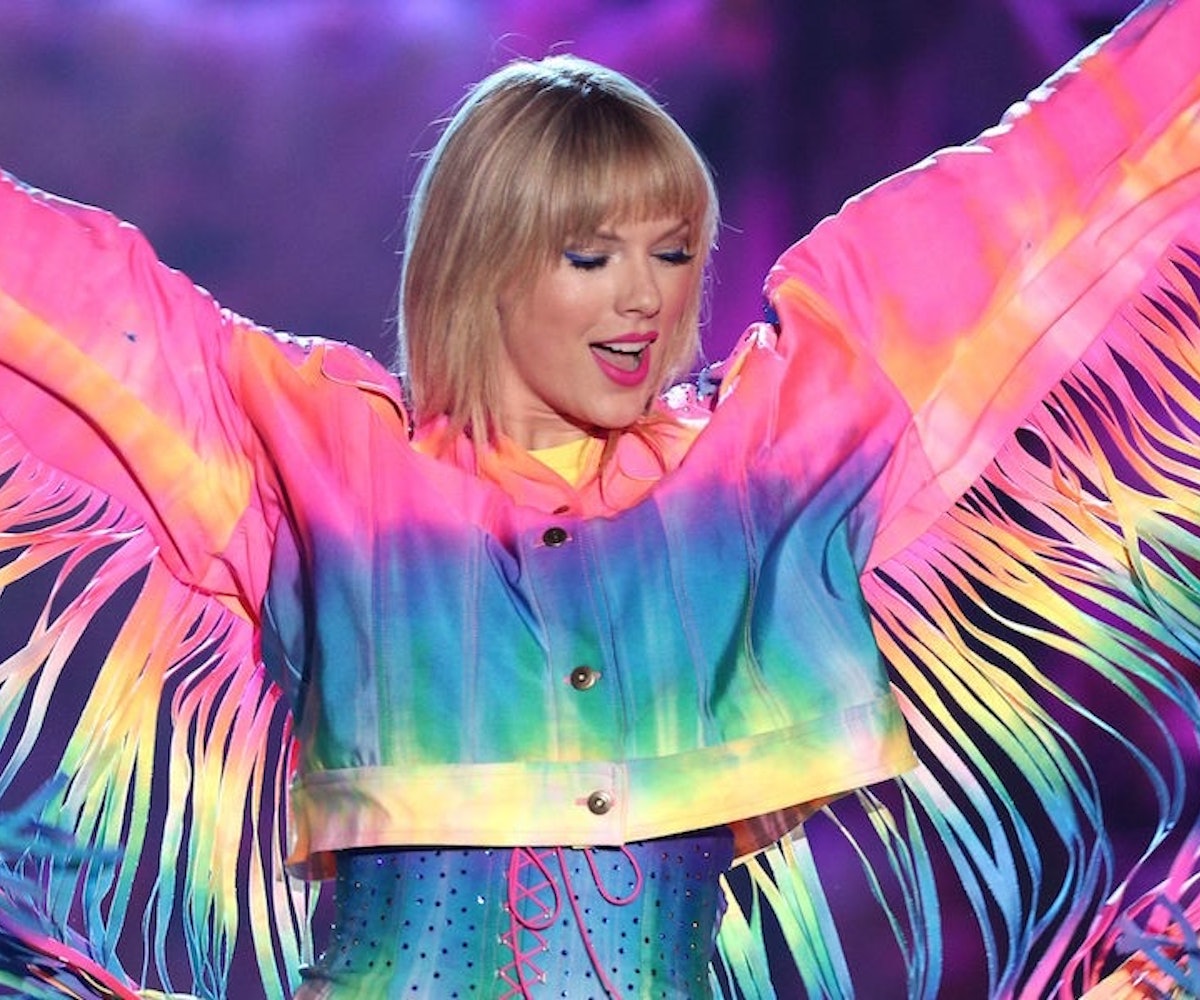 Taylor Swift has confirmed that she's definitely not secretly gay, and, as a formerly dedicated Kaylor believer, I am very disappointed. In a new interview for the cover of Vogue, Swift defined herself as "not a part of" the queer community.

When writer Abby Aguirre asked her why right now was the time to "get louder" about the rights of the queer community, Swift answered, "Rights are being stripped from basically everyone who isn't a straight white cisgender male," adding, "I didn't realize until recently that I could advocate for a community that I'm not a part of." I would like to request a quick moment of silence for Kaylor.

Swift went on to describe her fear of saying the wrong thing when speaking out, "It's hard to know how to do that without being so fearful of making a mistake that you just freeze. Because my mistakes are very loud. When I make a mistake, it echoes through the canyons of the world. It's clickbait, and it's a part of my life story, and it's a part of my career arc." And, well, she's not totally wrong.

Recently, Swift's nods to the queer community have been less than subtle, which had many people thinking she would use this album cycle as a time to come out; others saw her actions as exploitative. There was the pride pin on the cover of Entertainment Weekly, the walking-rainbow outfit at Wango Tango (see: above), and her single "You Need To Calm Down," which shut down homophobes and imagined the gayest trailer park everwith its music video. But, with this new interview, she's made it clear that she's just a really, really loud supporter of LGBTQ rights.